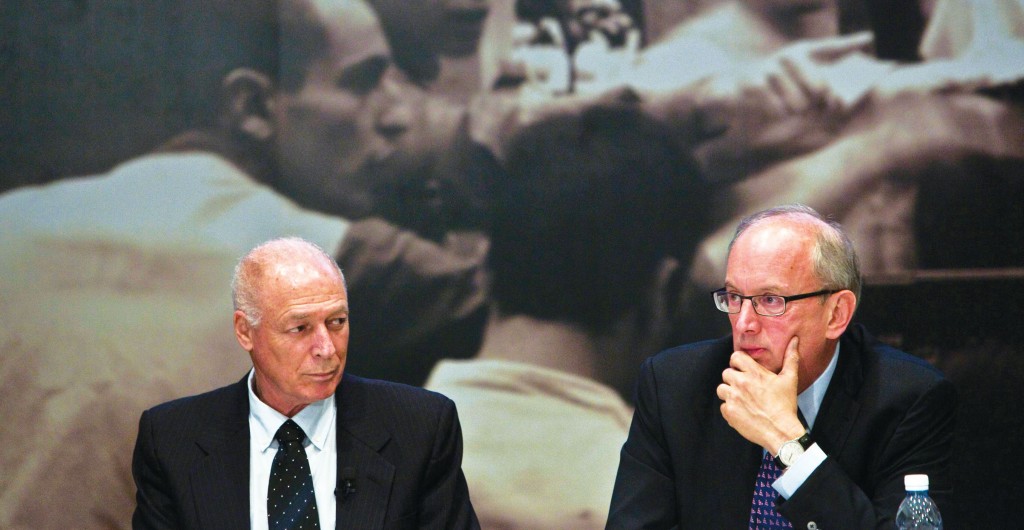 Israel’s stock exchange hopes to recover from a sharp downturn in its fortunes, which cost the jobs of two top executives last year, with a new plan to boost trading volumes.

Beinart, a former president and CEO of the North American Derivatives Exchange (NADEX), took the reins at TASE in January after longtime CEO Ester Levanon stepped down,, along with Chairman Saul Bronfeld, after criticism for not doing enough to boost trading volumes.

Beinart said the recruitment of sales staff was part of a more active attempt to promote TASE’s services — needed because of the tendency of many technology-oriented Israeli companies to list their shares on the U.S. Nasdaq exchange.

“We never went out to sell, we just waited for them (companies) to come … We have to be proactive and not be a utility,” Beinart told Reuters after a news conference on Tuesday.

“We have to go out and look for business,” he said, adding he would like to create a welcoming environment for biotech companies in particular just as the Toronto bourse is a haven for energy firms.

Beinart faces a challenge to revive activity on the bourse, given its number of listed companies has dropped to 485 from 654 in 2007, while average daily trading volume has fallen sharply the past two years.

Volume over the first four months of 2014 recovered somewhat to nearly 1.3 billion shekels ($376 million) worth of shares a day from 1.1 billion in 2012, but remains well below a daily average of more than 2 billion in 2010.

Beinart said he would work to add another 100 companies to TASE in the next five years and generate volume of 2.5 billion shekels a day. He said his chief goal was to cater to small and medium-sized companies and offer them a package of services such as analysis, investor relations and road shows.