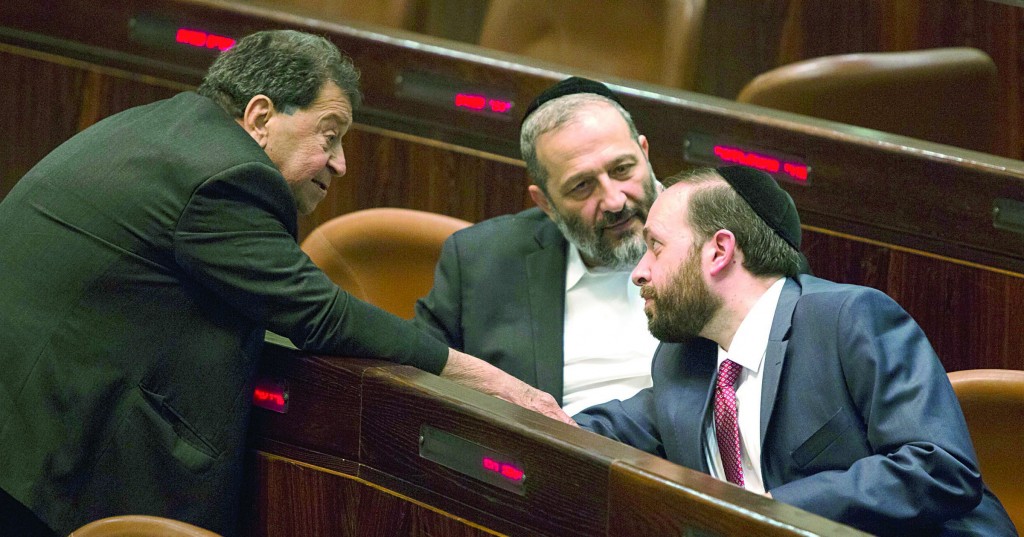 U.S. efforts to save the Middle East peace talks from collapse showed little sign of progress on Monday, though an American official told Israel Radio that the most recent meeting of the two sides was “serious and beneficial.”

Both sides met on Sunday night “to discuss ways to overcome the crisis in the talks,” a U.S. official told Reuters. An Israeli official described the Sunday meeting as “business-like” without elaborating. They agreed to meet again on Monday night.

A senior Israeli official told Haaretz that the meeting was positive and serious, but that most of the disagreements remained unchanged. “There is tension but there are also serious intentions to try and solve the crisis,” the official said. “There are still disagreements regarding the best way to overcome the current situation.”

Israel has cancelled the fourth round of Palestinian prisoner releases, citing lack of progress in the talks; the Palestinians have broken their commitment not to take unilateral steps by seeking membership in 15 U.N. conventions and have escalated their demands for Israeli concessions.

Meanwhile, on Monday, the Knesset held a special session during its Pesach recess to discuss the diplomatic crisis, but only 20 MKs showed up, less than the 25 signatures that were collected to call the Knesset meeting during the recess.

Opposition leader Isaac Herzog (Labor) called for a new election “to get out of the dead end the government brought us to in every area.

“We are on top of a volcano and the public doesn’t realize how serious the situation is and that it’s all the prime minister’s fault, because he can’t do anything,” Herzog said, referring to forces within the coalition who are opposed to any further concessions to the Palestinians, while they give nothing in return.

Meretz leader Zehava Gal-On said the whole purpose of negotiations was to help the coalition survive.

“Does it look serious that the foreign minister is zigzagging?” she asked. “First about the Kerry outline, which he supported two months ago and now he doesn’t, and then about releasing prisoners, which he voted for but now opposes.”

Lieberman told The Jerusalem Post on Sunday that he would sooner have new elections than change the coalition or agree to the release of Palestinian terrorists in order to keep the talks going.

MK Ahmed Tibi (UAL-Ta’al) accused the “mainstream media” of trying to fault the Palestinians, asserting that Netanyahu never really wanted to reach an agreement in the first place.

The UAL-Ta’al MK also said there was no progress in the meeting between Livni and Palestinian negotiator Saeb Erekat.

“You know that because you were Arafat’s adviser,” Deputy Minister for Liaison with the Knesset Ofir Akunis (Likud) interjected.

“Arafat was a great leader of the Palestinian people and I was proud to be his adviser,” Tibi responded.

When Akunis and Tibi continued shouting at each other, Knesset Speaker Yuli Edelstein called them to order.

Later, when Akunis took the podium, he said to Tibi: “Arafat’s memory should be cursed. He is a despicable person and a murderer and you hang his picture in your office in the Knesset. I suggest you find something else to be proud of.”

Akunis also charged that the opposition “once again automatically took the Palestinians’ side, even though Abbas ran away [from an agreement] again and again”.