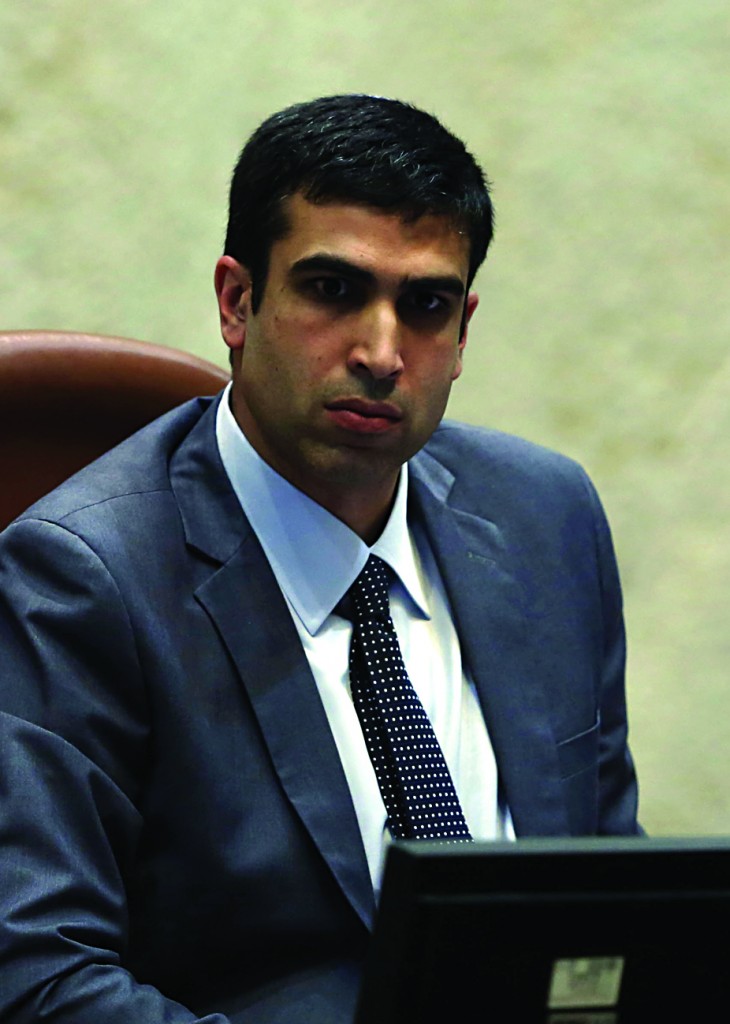 Jewish Home MK Yoni Chetboun declared on Tuesday that he intended to “vote his conscience” and oppose the chareidi draft bill, in defiance of coalition leaders, Arutz Sheva reported.

In response, the Jewish Home party threatened “severe repercussions,” including removing Chetboun from his positions in the Knesset. He is a Deputy Speaker of the Knesset, and sits on the Foreign Affairs and Defense Committee.

“I will oppose the Enlistment Bill. This bill was born in sin, as part of a wave of anti-religious legislation aimed at challenging the Jewish identity of the state,” Chetboun said.

The 34-year-old parliamentarian revealed on Monday that he and other MKs with similar views, including chairman Ayelet Shaked, had worked behind the scenes to make the bill more tolerable for the chareidi public.

Nevertheless, as time went on, especially during Monday and Tuesday, he became increasingly concerned that if passed into law, the bill would cause “a very serious breach with the Torah world and the chareidi public.”

“The message that goes out from this bill is against the Torah world,” he said, adding that that concerns him more than the specific provisions in the bill.

“Yesh Atid has initiated a wave of chareidi legislation to harm the chareidi community, and this bill is part of that. I have decided today not to play into that,” Chetboun said. He added that he was aware of the price he would have to pay, but that he has to vote his conscience.

Jewish Home’s response was fury. “Any vote that is contrary to the faction’s is considered unethical, hostile, and inappropriate. The Jewish Home faction will not tolerate attempts to damage the party or its members,” and warned that there would be severe repercussions.