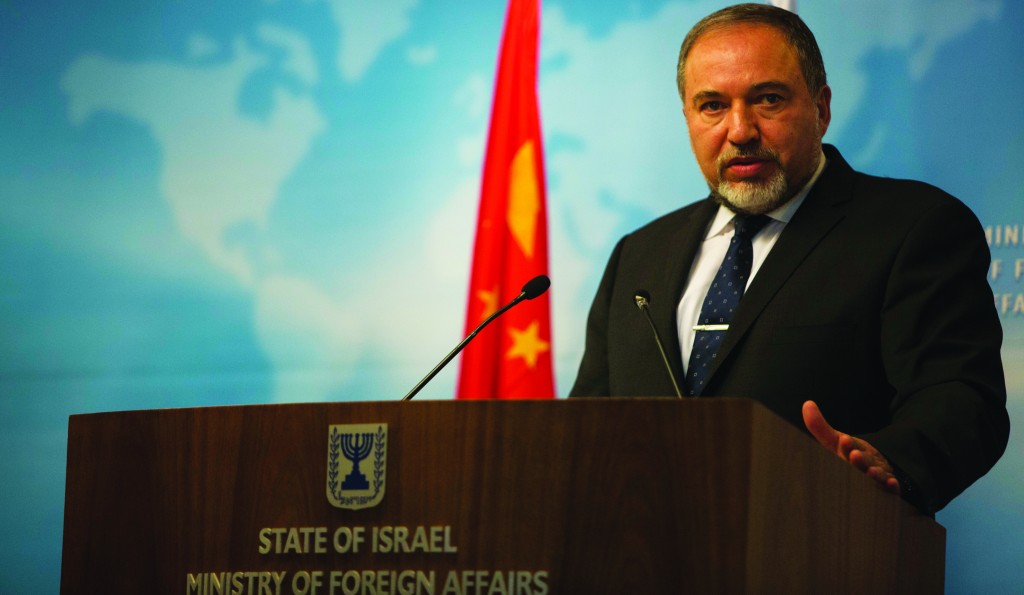 Foreign Minister Avigdor Lieberman plugged a leak on Monday about the government’s alleged lack of preparedness for a boycott — and it’s a leak he intends to keep plugged.

An angry Lieberman conducted a special conference call with reporters to announce that an unnamed senior Foreign Ministry official who has been giving them misinformation about a government in alarming disarray has been disciplined and will not leak again soon.

“For the last three days I have been reading reports citing a senior official in the Foreign Ministry briefing reporters that it is not possible to stop the boycotts, that the political echelon was not working on this properly, not doing enough, not making decisions,” he said.

Lieberman said that the official — about whom he said “I think I know who it is very well” — was “isolated” 10 days ago, barred from meetings concerning the boycott threat and kept out of the information loop.

Among the reports that apparently prompted the unusual press conference was one that charged government ministries were divided on how to handle the mounting boycott threat, and that turf wars were hampering coordination. The anonymous source told the media that “the Foreign Ministry believes the boycott can’t be stopped.”

“There is full coordination between the Foreign Ministry, the Prime Minister’s Office and the Strategic Affairs Ministry on this issue,” Lieberman asserted, denying any power struggles or turf wars.

The foreign minister also admonished journalists not to be so eager to broadcast damaging comments without proper checking of sources.

“The next time you get a briefing from a senior source in the Foreign Ministry, it will be worth your while to get a response from the minister’s bureau,” Lieberman told reporters. “There are people whose area of expertise is false leaks, and they should not be involved in the [ministry’s] activities,” he added.

He also promised that within the next few weeks Israel will begin to deploy its strategy for combating the boycott, adding that while the government was taking the threat seriously, there was no reason for hysteria.