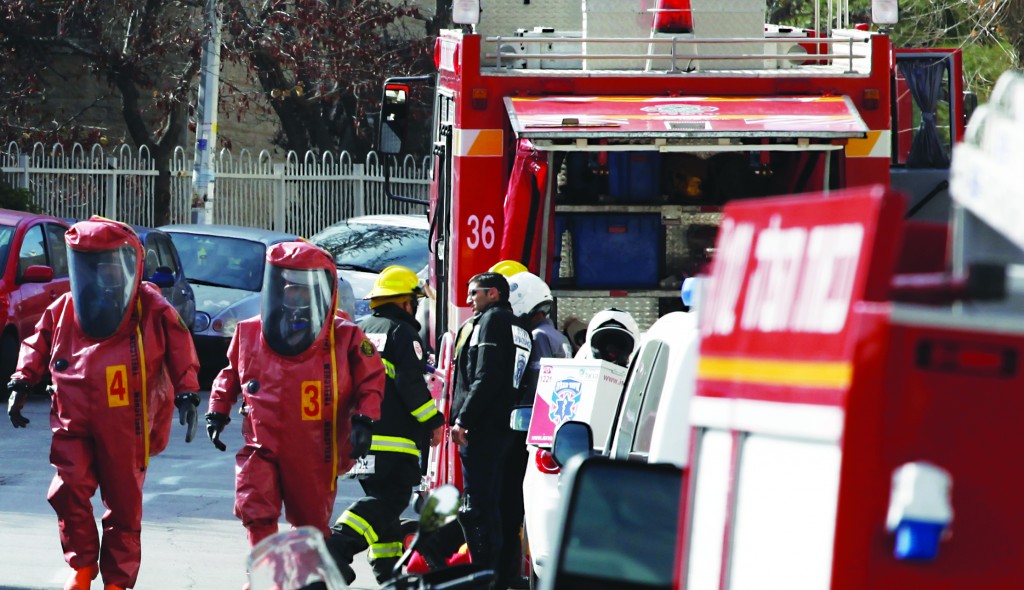 Two small children died when a family of six was exposed to pesticide poison in their home in Yerushalayim’s Givat Mordechai neighborhood on Wednesday.

The public is asked to daven for the parents and their two remaining sons.

Commander Reshef Eli Basson, whose fire brigade unit arrived at the scene of the poisoning, told Arutz Sheva that the poison levels were the highest he’s ever seen recorded. “I wondered how the exterminator could have left his materials inside the apartment,” he said.

Police said they had taken the exterminator in for questioning.

A senior MDA paramedic who arrived at the scene following the emergency call stated, “When I entered the apartment, I saw a 4-year-old girl lying on the floor unconscious, not breathing and with no pulse. We began immediately attempting to resuscitate her. Additional paramedics arrived and were alerted by a family member to other children in the apartment who were feeling ill. The paramedics discovered an approximately two-year-old semi-conscious child whose condition was rapidly deteriorating, as well as a six-year-old, and an eight-year-old child who were treated and transferred to nearby Shaare Zedek hospital.”

The nearby Noam yeshivah high school was evacuated following the poisoning.

Wednesday’s tragedy occurred after an exterminator left highly toxic materials in the apartment’s enclosed security room, also known as the “Mamad” or bomb shelter. Apparently, the room was not properly sealed and the poison spread throughout the apartment.