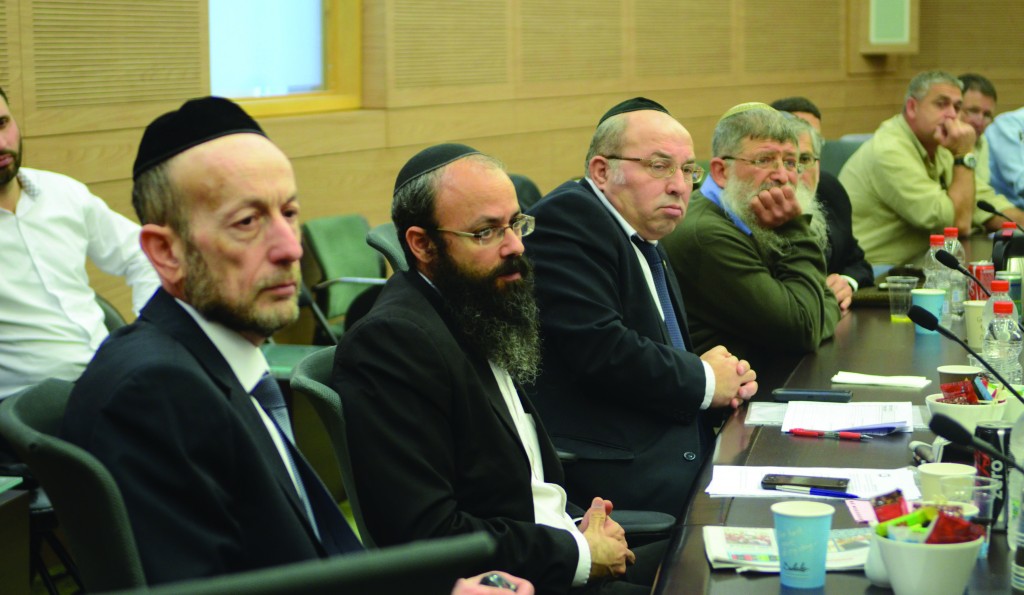 A new police station will open around March 1 in the area of Har Hazeisim and the surrounding areas in a new major effort to curb growing violence by Arab youths, mainly through rock throwing. Police officials appearing at yet another hearing convened by MK Miri Regev, Chair of the Knesset’s Interior Committee, on Wednesday confirmed that the new “Kedem” police station would go a long way toward securing the approaches to Har Hazeisim. In addition, the government has authorized funding for the installation of new surveillance cameras in the Ras-al-Amud Square as well as the Ator Road which leads from Har Hatzofim to Har Hazeisim, according to Avrohom Lubinsky, Chairman of the International Continued from page 1

Committee for the Preservation of Har Hazeisim, which has lobbied the Israeli government and world Jewish opinion to end the abuse and neglect on Har Hazeisim as well as to provide security for the thousands of visitors who come to Har Hazeisim.

Mrs. Regev announced that she would reconvene the committee in a month’s time to receive a more detailed plan from police officials on the new aggressive tactics that they promised to implement. She said that she would insist that Yitzchak Aharonovich, Minister of Internal Security, should appear personally at the hearing. The Committee voted in favor of a proposal from MK Uri Maklev (UTJ) to create a permanent subcommittee on Har Hazeisim that would monitor events on the historic cemetery and landmark on a weekly basis. MK Yisroel Eichler (UTJ) accepted the nomination to head the subcommittee. Among his duties will be to gather information from police officials on incidents on or near Har Hazeisim on a weekly basis.

Harvey Schwartz, Chairman of the ICPHH’s Israeli chapter, criticized the police for their inaction. “How many time have we met here and received new promises only to find that the situation has either not changed or has in fact gotten worse.” As if to prove his point, Yitzchak Cohen who was on his way to visit the grave of his son, was the victim of a severe rock-throwing attack on his vehicle. “I received a barrage of stones three separate times and after calling the police, they did not arrive for 40 minutes.”

In addition to Miri Regev (Likud), other Knesset members that took part in the debate included Uri Maklev (UTJ), Nissim Ze’ev (Shas), Chilik Bar (Labor) and Avraham Michaeli (Shas). Police officials revealed that they had significantly increased patrols and were “working around the clock” to secure Har Hazeisim.

Mr. Lubinsky revealed that high-ranking Israeli government officials were determined to curb the current significant increase in rock attacks in various parts of the city. “Despite the recent incidents, we are encouraged to see that there is a new attentiveness to security in the area of Har Hazeisim.” Local Jewish residents, for example, confirmed that there were increased patrols in the Ras -al-Amud area, previously the sight of many attacks.