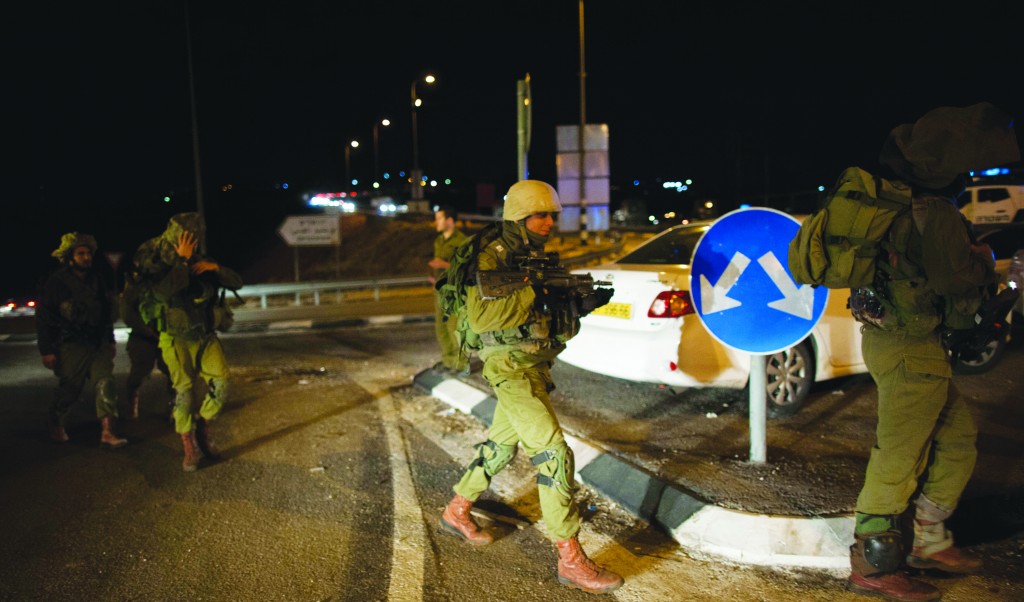 On Monday afternoon, an Israeli police officer was moderately wounded as an Arab stabbed him in the back at the Adam checkpoint north of Yerushalayim.

IDF soldiers gave chase to the terrorist, and arrested him a few minutes later.

Monday’s violence came just one day after a terrorist bomb exploded on a bus in Bat Yam shortly after passengers had been evacuated.

Security forces on Monday morning located the remnants of a rocket fired from the Gaza Strip into southern Israel overnight. Air raid sirens had sounded and the projectile exploded near residential homes in the area.

B’chasdei Shamayim, no injuries or damage were reported.

Israeli security officials are attributing an increase in terrorist attacks in recent weeks to the resumption of peace talks between Israel and the Palestinian Authority, according to media reports.

Israel’s Security Agency, Shin Bet, released statistics showing that November 2013 saw  the greatest number of attacks this year: 167, up from 82 in July.

Senior Defense Ministry officials agreed that the PA-Israel talks have been a contributing factor to rising violence against Israelis, and that the PA has been giving tacit encouragement to the Arab population to stage a “popular uprising.”

In response to the increased threat, the government on Monday allocated 1.25 million shekels for the installation of rock-proof windows on vehicles belonging to residents of Yehudah and Shomron. The windows, known as migun, will be available to all residents at no charge.

Jewish Home MK Orit Struk, who had worked to secure the funding, said, “Allocating the money is a matter of life and death, and there are many families who would have been spared tragedies if they had been provided with migun.”

“In a normal country, when a bus blows up on Sunday and a police officer is stabbed on Monday, you don’t release terrorists as a ‘gesture’ the next week,” he said.