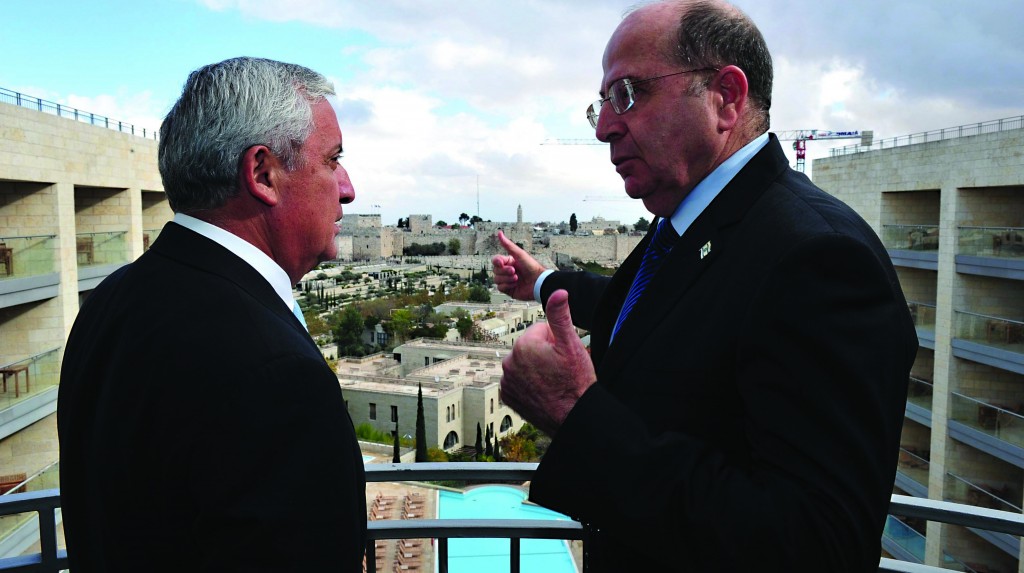 Every Iranian embassy in the world is a base for terrorism, Israeli Defense Minister Moshe Yaalon said on Monday, The Jerusalem Post reported.

Yaalon made the charge during a meeting with visiting Guatemalan President Otto Perez Molina, saying that Israel was “following with concern all of Iran’s activities in the world, because we have been hit by their terror in Argentina, Bulgaria and India.”

He revealed that the Iranians use the diplomatic mail service to transfer bombs and weapons, and that Israel has intelligence concerning Iranian terror bases in Cuba, Nicaragua, Venezuela and Bolivia, both at their embassies and among the local Muslim Shipopulations.

The Iranians are also involved in smuggling weapons into the United States through drug smuggling channels, citing the plot to assassinate the Saudi ambassador to Washington two years ago.

The terror infrastructure they are building throughout the world serves their goal of exporting their Shi’ite revolution to the entire world, Ya’alon said.