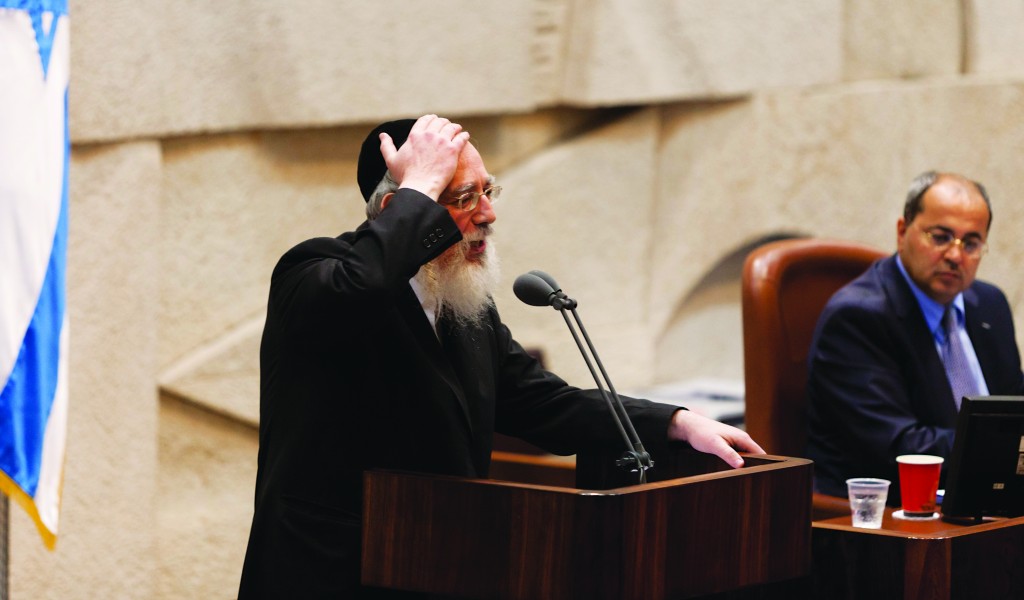 Israel’s High Court has given the state seven days to justify the continued funding of chareidi yeshivos in the absence of legal deferments from military service for their students.

The court order was issued in response to a petition from secular organizations, who claim that government funding for students who don’t serve in the army violates the concept of “equal sharing of the burden.”

The latest intervention of Israel’s judiciary in issues affecting the status quo was denounced by United Torah Judaism MKs as “an instrument of destruction of the Torah and its adherents.”

Rabbi Yisrael Eichler: “The judges are the judges of the Reform, destroying all possibility of co-existence between the Jewish people that lives by the Torah and the secular government.”

MK Rabbi Yaakov Litzman said “there is no limit to [their] wickedness,” and lamented that “it is unfortunate that the state of Israel is losing whatever merit it still had in the support of the yeshivos.”

MK Rabbi Menachem Eliezer Moses: “I did not expect anything different from this court which is completely cut off from the public and its needs.”

The funding in question is only a fraction of that which the yeshivos received prior to the massive cuts in the 2013-14 budget.

The state has pleaded for more time to formulate its policies vis-a-vis the yeshivos, until the Knesset passes a new draft law, on the agenda for this winter session.