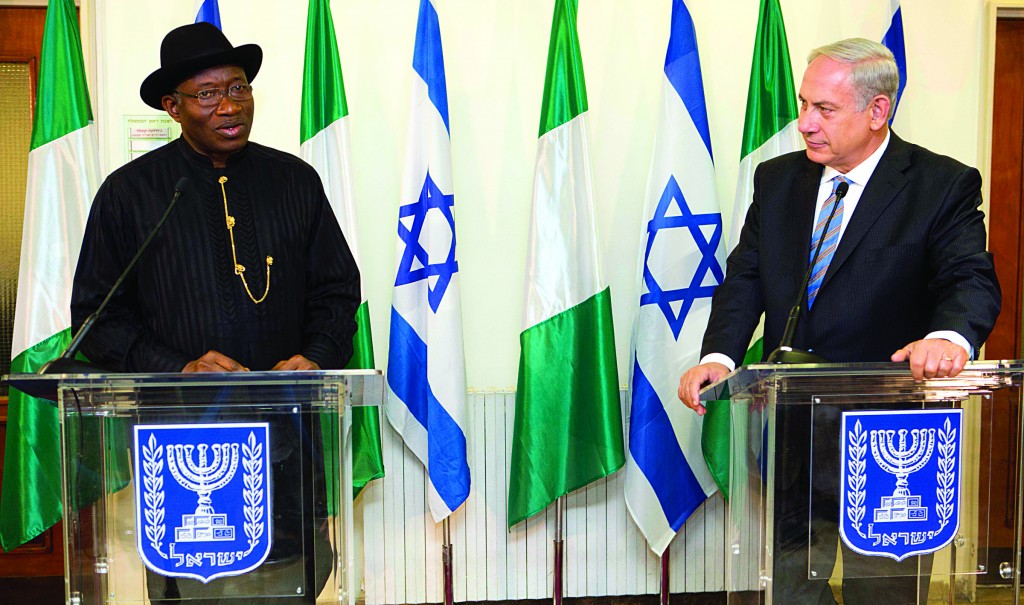 Kerry Says Won’t Give In to Fearmongers

Secretary of State John Kerry on Monday said that it would be “the height of irresponsibility” for Washington not to test Iran’s diplomatic overtures in regard to its nuclear program.

In what appeared to be a reference to Netanyahu’s warnings not to fall prey to the “charm offensive” of Iranian President Hassan Rouhani, Kerry stated that the U.S. would not “succumb to fear tactics,” of those who oppose diplomacy.

The prime minister’s office said Netanyahu told Jonathan that stopping Iran from getting nuclear weapons is important to Nigeria, the rest of Africa and the world.

In February, Nigerian authorities broke up what they said was an Iranian-backed group that gathered intelligence on places frequented by Americans and Israelis, and made lists of famous people for possible attacks.