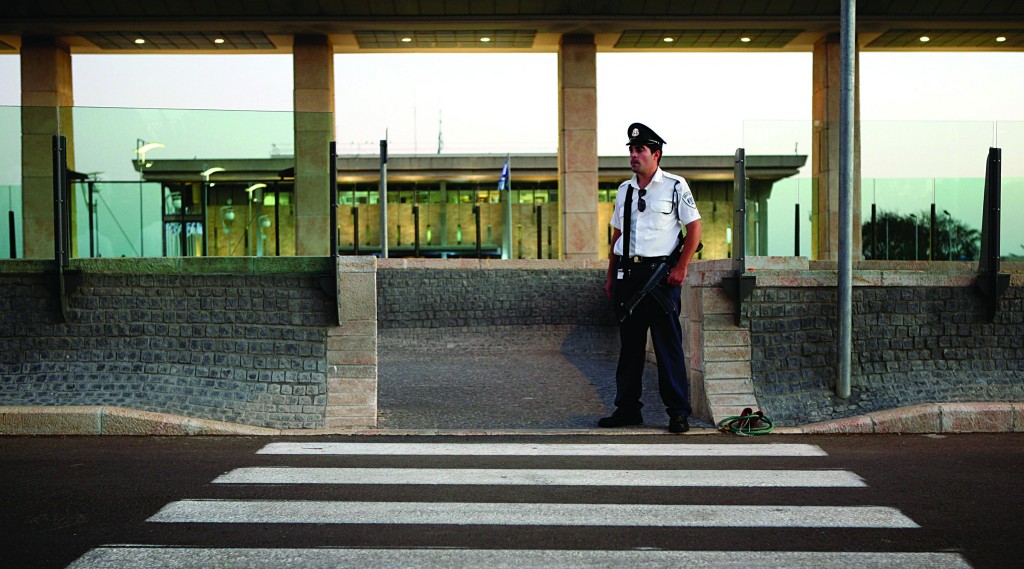 A man carrying a concealed pellet gun was stopped by a Knesset guard on Sunday as he attempted to enter the building, according to media reports.

The individual explained that it was a mistake, he had forgotten that the weapon was in his bag, and denied that he was trying to smuggle it into the building.

Although such guns cannot shoot bullets, they are nevertheless banned from the Knesset, along with regular guns.

The man was detained for questioning by police.

He had received a pass to enter the building to attend a session of the Knesset Interior Committee and Environmental Defense Committees.

Last month, an individual was filmed by a news crew getting past the Knesset security checkpoint with a facsimile of a gun that was made using a 3D printer. While not made out of metal, its size and shape resembled the real thing. Security guards who were checking bags manually at the entrance missed it, several times, and the person carrying it succeeded in getting within range of several officials, including the Prime Minister.