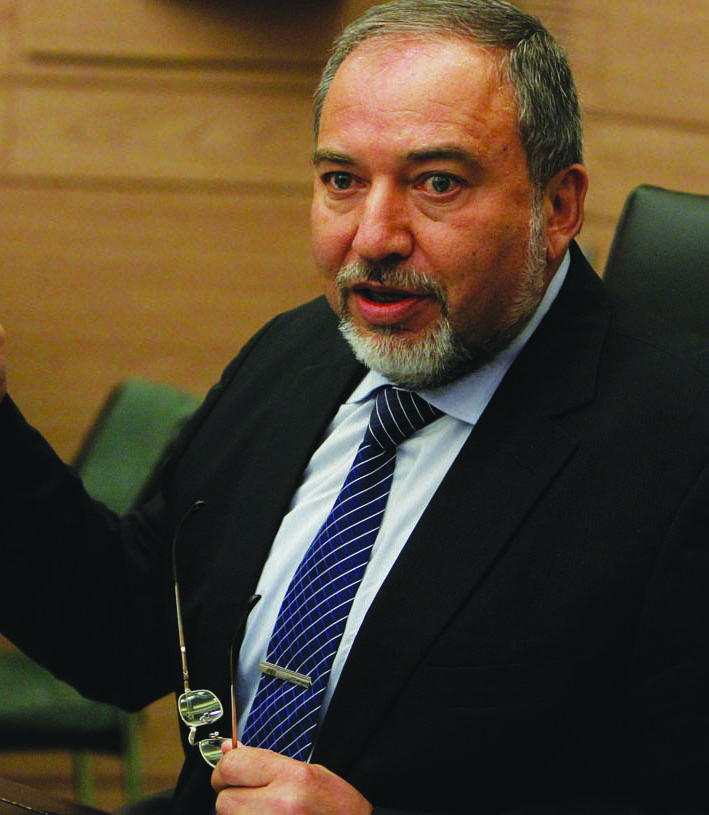 Avigdor Lieberman may not be Foreign Minister right now, but that didn’t stop him from having his characteristically unfettered say in foreign affairs on Monday as he lashed out at the EU for its failure to put Hizbullah on its list of terrorist groups, The Jerusalem Post reported.

Speaking at a Knesset Foreign Affairs and Defense Committee meeting, Lieberman branded the EU’s vacillating on Hizbullah as  “hypocrisy incarnate,” which would “make the EU irrelevant, as far as we’re concerned, when it comes to dealing with the region.”

“We need to stop our dialogue with the EU,” Lieberman declared afterwards at a press briefing. “We have a continued dialogue with Europe about Lebanon, Sinai, Egypt; it’s pointless.”

The former foreign minister also sent a letter to EU Foreign Policy chief Catherine Ashton urging her to include Hizbullah in the EU list of terrorist groups. The EU has yet to reach a final decision on the matter.

In his letter to Ashton, Lieberman cited a number of terror attacks and incidents involving Hizbullah, including assisting Syrian President Bashar Assad to massacre his people, the bombing in Bulgaria last summer, planning an attack on Cyprus and the assassination of former Lebanese prime minister Rafik Hariri.

“The current exclusion of an organization, which incites to and is actively involved in murder and hatred, [from] the list of terrorist organizations is hypocrisy which cries out to the heavens. It begs the question as to what other requirements, beyond the facts that are well known, are necessary for Hizbullah’s inclusion,” the letter reads.

“How does Europe contribute to Israeli security? I keep saying we need to cut them off. There are problems in Afghanistan, Pakistan and North Korea. Why focus on the Palestinians? They need to broaden their diplomatic horizons,” he stated.

The Yisrael Beiteinu leader also dismissed Britain’s distinction of Hizbullah’s military from its political wing, calling it “pathetic and serving no basis in reality.”

“Both the decisions on the execution of terrorist acts and political decisions, like for example who will be on the list of  candidates for the Lebanese parliament, arrive from the same source, the mass murderer, Hassan Nasrallah,” Lieberman wrote.