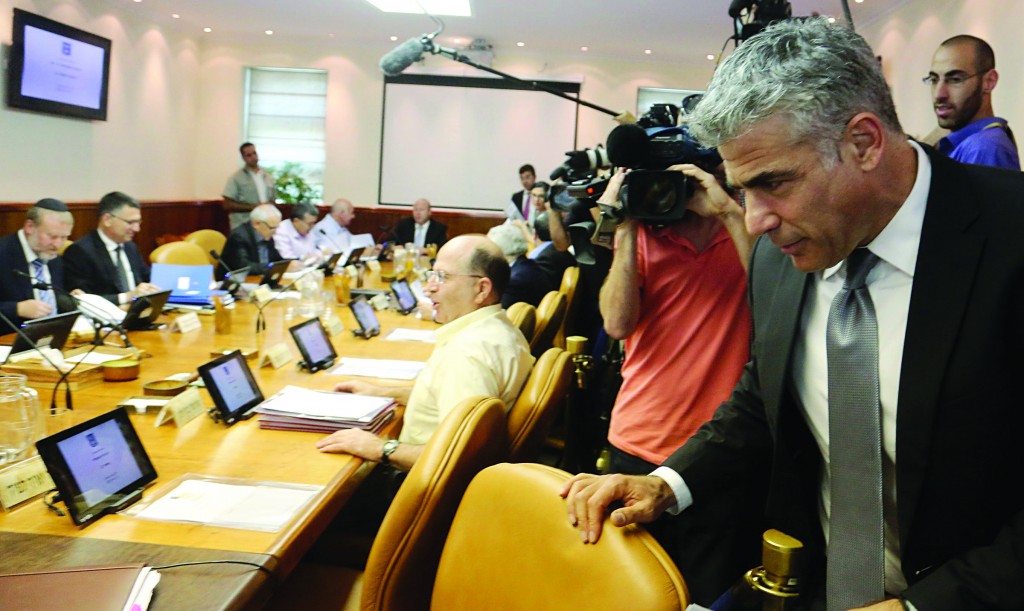 Opposition leader Shelly Yacimovich (Labor) demanded a policy of transparency from Finance Minister Yair Lapid on Sunday, saying that the Knesset cannot seriously discuss the proposed budget until he discloses all the relevant facts and figures, The Jerusalem Post reported.

In a letter to Lapid, Yacimovich said that only “the full factual infrastructure will allow for significant parliamentary discussion based on data.”

“This is a process that is structurally superficial and hasty, unfortunately, because of the makeup of the Economic Arrangements Law, which I oppose: A law consisting of reforms, cuts, cancellation of laws all at once, instead of a deep discussion of each article while examining alternatives and repercussions,” she said.

The opposition leader added that she was pleased to hear Lapid say the discussion should be based on facts, and asked for him to facilitate such a discussion by opening Finance Ministry books to the Knesset.

The data Yacimovich requested makes up the macro-economic basis of the 2013-2014 budget, and includes the expected growth rate, inflation, change in average wage and unemployment.

The Finance Ministry should also explain how it arrived at the spending limit, revenue forecast and expected deficit figures.

“Only presenting all of the facts will allow MKs to fully do their job,” Yacimovich wrote to Lapid. “I am sure that you, too, see the great importance in this.”

Meanwhile, the value-added tax rate rose from 17% to 18% at midnight Motzoei Shabbos, following a directive from Lapid. This is the third time since VAT was introduced in 1976 (at 8%) that Israeli consumers will be paying 18%, the highest rate VAT has ever reached. It hit 18% twice before, during periods of economic difficulty.

Some economists argue that 1 percentage point increase will not raise NIS 4.4 billion a year, that the figure is overly optimistic, especially if the economy slows down, Haaretz reported. They warn that higher taxes will weaken consumer spending.

The maximum selling price for gasoline increased at midnight, in part due to the increased VAT rate. It was also due to the higher cost of gasoline in Europe, with which the price ceiling in Israel is aligned, and to the decline of the shekel against the dollar over the past month. Motorists are now paying a maximum NIS 7.52 a liter for self-serve 95 octane gasoline, which is 26 agorot more than in May.