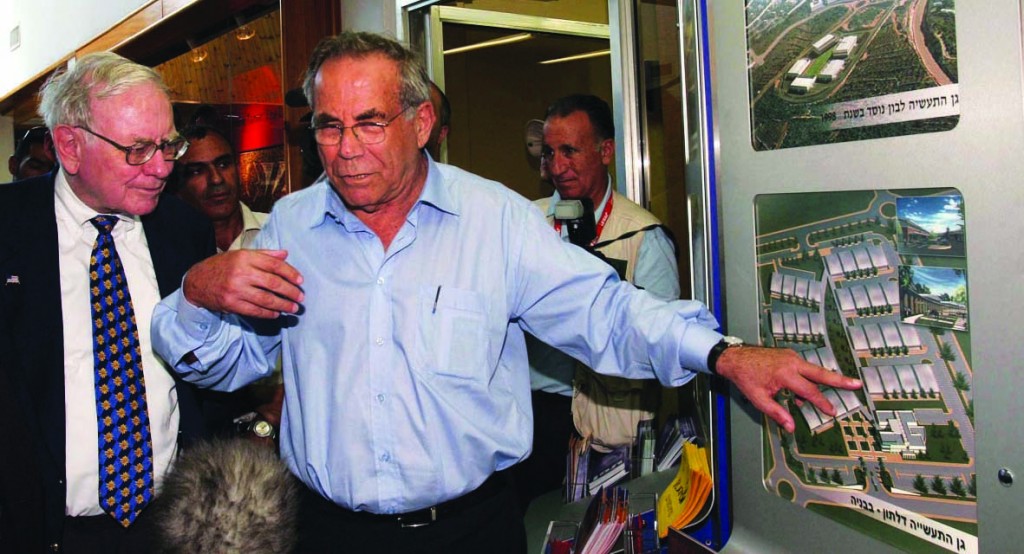 The original purchase was valued by Iscar at $5 billion, and the current deal is worth twice that amount, according to Globes.

“Warren Buffett’s investment in Israel represents a huge vote of confidence in the company and the country,” Iscar chairman Eitan Wertheimer said on Wednesday, following the sale of the remaining 20% of Iscar to Buffett being concluded.

“This is the biggest ever investment in an Israeli company, and if Buffett says that it’s the best investment he has made, it isn’t because of our pretty eyes,” Wertheimer added, “He is a man with an amazing mind, extraordinarily smart.”

The admiration was mutual. “We are delighted to acquire the portion of the company that was retained by the Wertheimer family when IMC first became a member of the Berkshire group of companies. As you can surmise from the price we’re paying for the remaining interest, IMC has enjoyed very significant growth over the last seven years,” Buffett said.

Iscar manufactures precision carbide cutting tools. It is based in the Tefen industrial park in northern Israel, where it employs about 2,500 people, with another 7,500 employees around the world.

Iscar is a privately held company, founded by Stef Wertheimer as a small workshop in Naharia 61 years ago. Its current chairman is Wertheimer’s son Eitan Wertheimer, and its CEO is Jacob Harpaz.

Wertheimer said that Buffett had promised Iscar would remain in Israel. “The most important thing from our point of view is that Buffett promised that as long as he lived, and we wish him good health, Iscar will not leave the borders of Israel,” he said.

He stressed that no changes in the company’s management were expected, but he himself will step down as chairman, in favor of Jacob Harpaz, who is currently CEO.