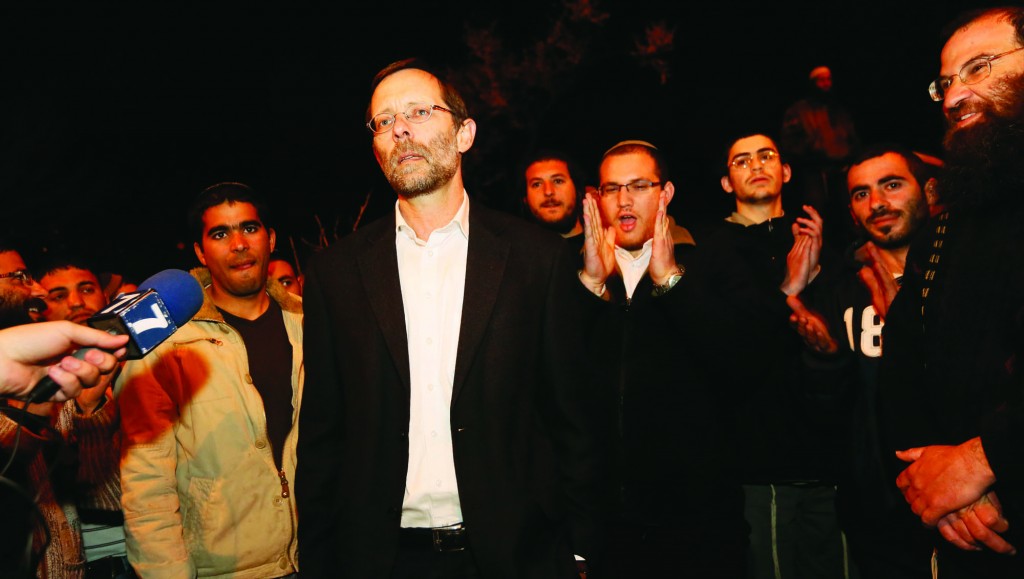 The evacuation of the Maaleh Rechavam outpost in Gush Etzion was stopped in the middle by a temporary injunction issued by High Court President Asher D. Grunis, but not before several structures were torn down by security forces, The Jerusalem Post reported.

A surprise raid on the tiny hilltop community Wednesday morning resulted in the razing of nine structures, until the Court intervened in the afternoon.

Ma’aleh Rehavam has been the target of a Peace Now petition to the High Court demanding its removal because it was built without governmental authorization. Five other outposts were included in the case.

Although demolition orders had gone out against the outpost in the past, the 35 families  there thought they no longer applied, because the state was seeking to authorize the homes. They also thought that if the IDF decided to move against the outpost, they would have some advance notice, as in the case of other outpost struggles.

That is why many residents left for work on Wednesday morning, leaving very few people on the site, whereupon a large convoy composed of civil administration staff, cranes, border police and soldiers arrived.

Sarah Chaimov, whose home was not destroyed, said she looked out her window and was shocked to see the convoy.

“I thought, ‘Oh my G-d, what is happening,’” the young mother told The Jerusalem Post later in the day, as she held her baby in her arms.

Scattered on the hill behind her were piles of rubble where the modular structures had been; four had been homes to families, three were under construction, and two were not used as homes.

The outpost’s attorney Amos Fried said phone calls he received from residents led him to believe that the civil administration planned to demolish the entire community. Within an hour he had filed an emergency brief before the Court, which issued its injunction by 4:30 p.m., he said.

The plaintiffs have four days to respond, Fried said. But the injunction stays in effect until the court decides otherwise, Fried said.

Police said that Wednesday morning’s operation was carried out peacefully and no one was arrested. However, right-wing activists held two protests in the capital later in the day.

Police arrested another seven people in the evening, after a few dozen people protested across from the Knesset and tried to block the road.

The evacuation came up for discussion at a Jewish Home party meeting. Party officials said the fate of the outposts and the Levy Report that recommended their authorization would be discussed in coalition talks, but was not a precondition for entering Prime Minister Binyamin Netanyahu’s government.