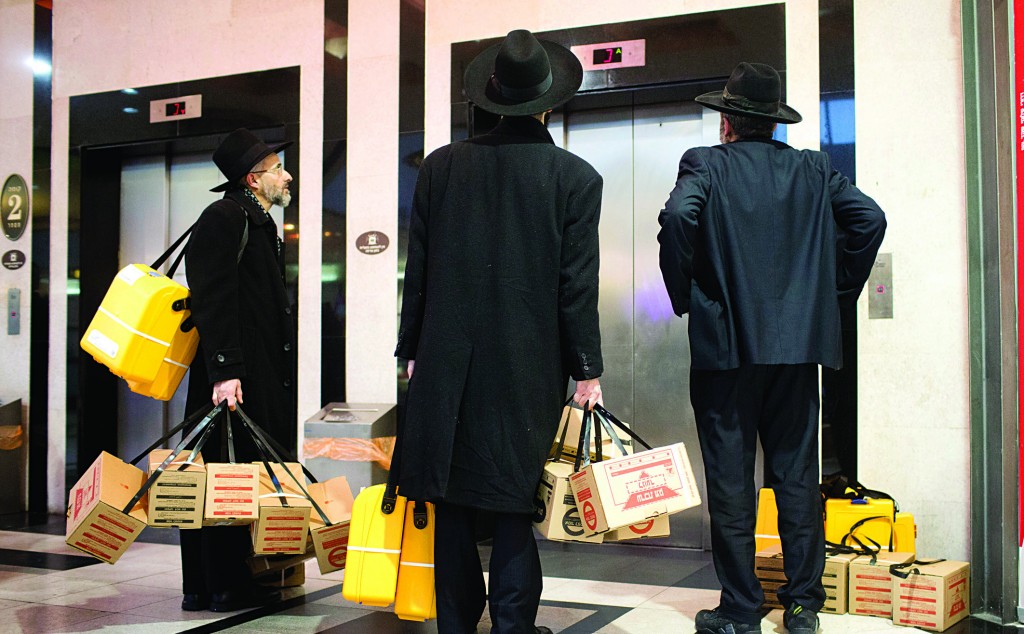 What appeared to be an Israeli Air Force strike on a Syrian military target early Wednesday — the first since the bombing of a nuclear reactor there in 2007— elicited threats of retaliation from Syria and its ally Iran on Thursday.

Syria’s ambassador to Lebanon, Ali Abdul-Karim Ali, warned of a possible “surprise” response and declared that his country “is engaged in defending its sovereignty and its land.”

Syria summoned the United Nations representative in the Golan Heights on Thursday to protest against the alleged Israeli air raid, which Damascus charged is a violation of the disengagement accord that followed the Yom Kippur War in 1973. State media said Major General Iqbal Singha, head of the UNDOF peacekeeping force, received the protest at the Foreign Ministry.

U.N. Secretary-General Ban Ki-moon expressed “grave concern” over the situation on Thursday and asked “all concerned to prevent tensions or their escalation … and to respect the territorial integrity and sovereignty of all countries in the region.”

But the White House on Thursday issues a warning to Syria. “Syria should not further destabilize the region by transferring weaponry to Hizbullah,” said Ben Rhodes, a U.S. deputy national security advisor, according to AFP.

There were conflicting reports on the attack. According to diplomats, Syrian rebels and regional security sources, a truck convoy carrying advanced weapons to Hizbullah in Lebanon had been struck by Israeli warplanes. But Syria denied that, saying instead that a research center near Damascus had been the target. And a Syrian rebel source claimed that they, not Israel, hit the Jamraya military research center.

Iran’s Foreign Minister Ali Akbar Salehi condemned the airstrike, terming it a violation of Syrian sovereignty. The semi-official Fars news agency quoted Deputy Foreign Minister Hossein Amir Abdollahian as saying the raid on Syria will have significant implications for Israel, though he did not elaborate.

Russia, which has been acting as Syrian President Bashar Assad’s protector against international intervention to stop his brutal campaign to crush the rebellion against him, also took his side in the incident.

“If this information is confirmed, then we are dealing with unprovoked attacks on targets on the territory of a sovereign country, which blatantly violates the U.N. charter and is unacceptable, no matter the motives to justify it,” the Foreign Ministry said in a statement.

In Israel, there was no official confirmation or denial of responsibility for the strike. The last time Israel is known to have staged a military raid inside Syrian territory was in 2007, when it destroyed a secret nuclear reactor. Although Israel never officially confirmed its role, former prime minister Ehud Olmert recently disclosed that he ordered the attack, without a green light from then-U.S. president George W. Bush.

While Israel refrained from comment, American officials were quoted in The New York Times and The Wall Street Journal on Thursday, saying that Israel had informed Washington in advance about the attack.

Israel told U.S. officials it had launched an air strike on a convoy carrying Russian-made SA-17 anti-aircraft missiles from Syria to Hizbullah terrorist bases near the border with Lebanon.

However, there was no official comment or condemnation from Washington or European capitals, signaling that Western leaders were not unhappy that someone had taken action to prevent weapons of mass destruction from falling into terrorist hands.

Likud MK Tzachi Hanegbi, a former chairman of the Knesset’s Foreign Affairs and Defense Committee who is said to be close to Israeli Prime Minister Binyamin Netanyahu, intimated that Israel was in fact behind the attack.

“Because it appears the world is not prepared to do what was done in Libya or other places, then Israel finds itself, like it has many times in the past, facing a dilemma that only it knows how to respond to,” he said.

However, there was no note of victory — rather, an indication that the crisis is far from over.

“Even if there are reports about pinpoint strikes, these are not significant solutions to the threat itself because we are talking about very substantial capabilities that could reach Hizbullah,” Hanegbi said.

“Israel’s preference would be if a Western entity would control these weapons systems,” he noted.

In an interview on Israel Radio Thursday morning, Hanegbi added that deployment of Iron Dome batteries in the north indicates a high level of alertness and good sense.

He was referring to NATO’s 2011 military intervention in Libya, which helped oust dictator Muammar Gadhafi.

Regarding what the Jamraya installation might contain, there is no conclusive information.

Maj. Gen. Abdul-Aziz Jassem al-Shallal who defected from the Syrian army in December, told The Associated Press by telephone from Turkey that the site is a “major and well-known” center for weapons development known as the Scientific Research Center.

However, he maintained that no chemical or nonconventional weapons are at the site. He added that foreign experts, including Russians and Iranians, are usually found at such facilities.

On the other hand, Washington Post columnist David Ignatius wrote on Wednesday, “The Jamraya facility has an interesting history. Syrian opposition sources told me in December that this facility was personally overseen by Maher al-Assad, the brother of Syrian President Bashar al-Assad.

“They added that two senior Syrian officers involved in Jamraya [whose names were confirmed by Western sources] had transported about 100 kilograms of chemical weapons materials from their base last year, destination unknown.”

Perhaps most disturbing of all was a report that appeared in a Saudi newspaper quoting Syrian rebel groups as saying that some chemical weapons had already been transferred to Hizbullah last year.

Israelis in the northern region are understandably worried, and demand for gas masks has risen.

Haim Mazaki of the Israel Postal Company, which is helping with distribution of the masks at several locations around the country, told Israel Radio on Wednesday that there had been “increased demand in recent days following reports about the transfer of chemical weapons to terrorist groups in Syria.”

The Postal Company said the number had doubled in one week.