Prime ‘THERE WILL BE A RECKONING’ 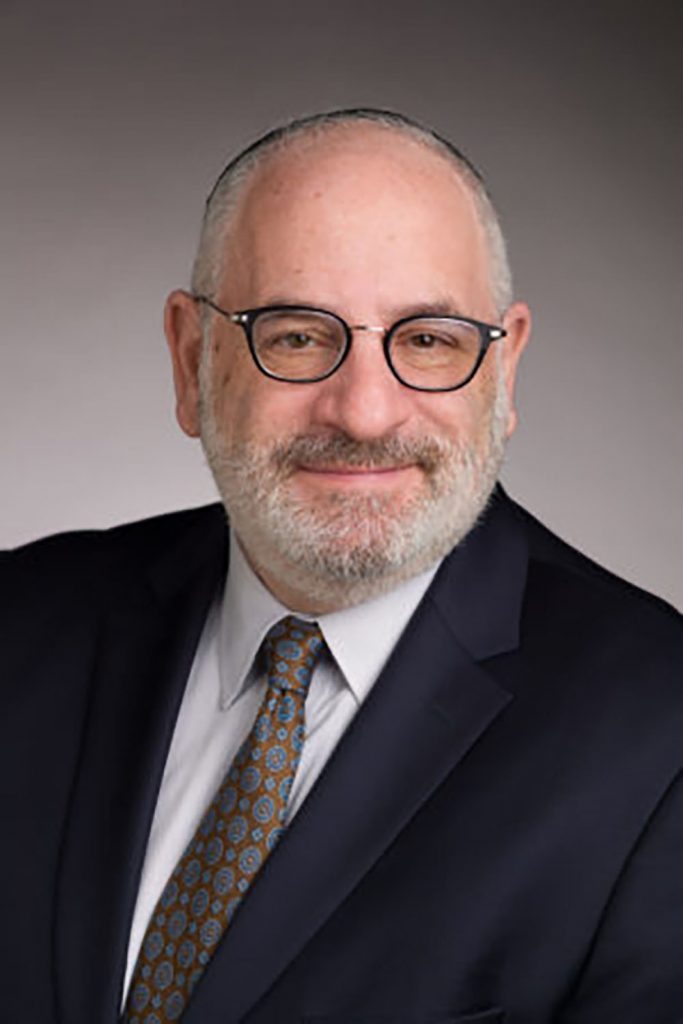 An Interview With One of President Trump’s Legal Defenders

President Trump might be fighting the biggest battle of his political life but he’s not fighting alone. Garnering stamina and support from a victory that comprised nearly half the country’s voters, Trump has amassed a cadre of legal warriors bent on exposing Democratic fraud within the November 3rd election and achieving integrity for the system.

Among them is the legal scholar Ron Coleman, a partner in the Dhillon Law Group and an expert on First Amendment and intellectual property rights. The Orthodox Coleman, who was part of a team that witnessed irregularities as an observer and legal expert on election night, is optimistic about the president’s chances to succeed. In an interview with Hamodia, he explains the process and why he thinks Trump will emerge the winner.

In what legal capacity are you are working with the Trump team and how did you get involved?

n 2016, I volunteered for the Trump campaign through the Republican National Lawyers Association in the Philadelphia headquarters. This year I was assigned to watch the canvassing process in Allegheny County, PA. I spent election day observing the process of mainly “naked ballots,” which are mail-in ballots that were sent without the privacy envelope. Since there’s a dispute about their validity, they were being segregated. We were allowed to get the ballot numbers so that each side can call their voters if the courts ultimately decide that they would be allowed to fix those ballots (which is ridiculous).

After finishing in Allegheny County, I was told to go to the convention center in Philadelphia on behalf of the Trump campaign. They needed more lawyers because of the dispute over access, and I knew enough to provide legal support for the team there. We put together a barebones federal complaint and got a court order allowing us to bring in observers to watch the vote-counting process for mail-in ballots. But Pennsylvania election officials would not enforce the order. When they finally let observers in, they made them stand so far away from the table that we had to bring binoculars to watch what they were doing.

You have to ask yourself what possible reason there could be to prevent people from observing the process of counting ballots. But as more information has come out, we learned that ballots were being treated and managed quite improperly; in some cases [ballots were] being created. The numbers in Pennsylvania seemed to seriously increase whenever Trump’s count increased, and uncounted ballots seemed to constantly surge depending on how far ahead Trump pulled.

Trump insists on counting every “legal ballot.” What other ballots are being disputed?

There are several categories, including naked ballots, ballots that are received after election day, ballots that are postmarked after election day, and ballots that are not signed. There is an almost infinite number of possible forms of invalidity a ballot can have. Usually when you have in-person voting, you don’t have any of these problems because there’s a voting machine, people come in, you check their signature, and there’s a poll watcher there who has the right to challenge the voter and confirm that he actually is this person and lives in this district.
The system of poll watching balances out the fact that at predominantly Democratic polling districts all the poll workers are going to be Democrats. It safeguards the process and allows members of the opposite party to observe the voting process and challenge the validity of voters to avoid fraud. What they did with the mail-in ballots is create a system that makes it virtually impossible to challenge the counting process. That’s why we have this problem — we don’t know where these ballots are coming from. We can’t challenge them because they won’t even let us observe the counting process.

Much of this controversy surrounds Pennsylvania, which changed voting rules weeks before the election by allowing for an extension of the mail-in ballots due date in a move that many claim was unconstitutional. In October, the Supreme Court denied the GOP’s request to tackle this problem, with John Roberts joining the three liberal justices. But this past Friday Justice Alito had the Supreme Court order Pennsylvania election boards to separate out those ballots. Is this too little, too late?

No, because there are different stages [when] you can go in front of a court. Most of the challenges have been based on a claim that there is not enough evidence and that the risk of fraud is not a good enough reason to second-guess a state legislature. But now our concerns are no longer speculative. We now have an immense amount of proof. We have witnesses, we have signed affidavits, they are being put together, and there are going to be major filings.

Even with evidence, how optimistic are you that Trump can reverse course after the media has made it almost a fait accompli by calling the election, resulting in heads of state congratulating Biden? How can this be undone?

Back in 2000, there were lots of examples of networks and newspapers declaring Gore won the election. And it didn’t end up that way. No matter how many media outlets say it, they don’t make the reality. The reality is made by the Constitution and by the states, state legislatures, and state officers.

There are many ways to stop this from going forward in a fraudulent way. There’s a great deal of optimism on our side that ultimately the Supreme Court is going to look at a flagrantly fraudulent process and not present it to the electoral college until changes are made. Like they did with Bush vs. Gore.

Trump is urging a count of all legal votes, and the margin in the contested five states stands at less than 1% in some cases. Is it realistic to think there might be a recount?

The Democrats used COVID as an excuse to switch to mail-in ballots. But it’s going to backfire on them because you can play games with the software of voting machines on the margin, but when you do a recount of paper ballots you have to do every vote. And they’re not going to be able to account for the number of votes that they’re claiming for Biden.

Will it be an uphill battle to track down people who mailed in ballots from deceased voters?

No, not with today’s computer resources. There are people already on our team who are doing statistical analysis and matching names. It’s absolutely doable.

It’s not surprising Trump has talked about election fraud for months, considering the four years of Democratic fraud against him, from the debunked Russia collusion hoax to impeachment. Should past Democratic guilt be considered in assessing their current complicity?
I think it should be, but that’s not the general rule. The general rule in the law is you can’t say this person drove drunk five other times and therefore probably also drove drunk a sixth time. But if the person is convicted then the punishment can be based on past mistakes. But to do that for an entire political party is pretty much impossible.

Half the country’s voters who voted for Trump most likely do not believe that Biden was fairly elected. Will these citizens’ lack of trust in their political system undermine the country’s democracy?

That will undermine it and the policies that Joe Biden will put forth. But there will be a reckoning, and if Trump wins there will be a lot of unhappy Democrats. On the other hand, they’ve been unhappy for a very long time. It’s what they do.

Some Republicans, like Rudy Giuliani, Lindsay Graham and Ted Cruz, are urging the president to fight hard and not concede. Others, like former President Bush, congratulated Biden and at the same time said, “President Trump has the right to request recounts and pursue legal challenges, and any unresolved issues will be properly adjudicated.” Do you think the majority of Republicans are behind Trump on this?

Yes. After seeing what has been going on this past week, people who were not necessarily big Trump fans are so mortified by what the Democrats are doing that they are willing to follow Trump in a way they never thought they would. The party has never been more unified. Forget about Bush. He’s the old party and irrelevant.

How long do you foresee this process taking?

I think it will be a few weeks. It will definitely extend into December, just like with Bush vs. Gore. There’s a tremendous number of moving parts here.