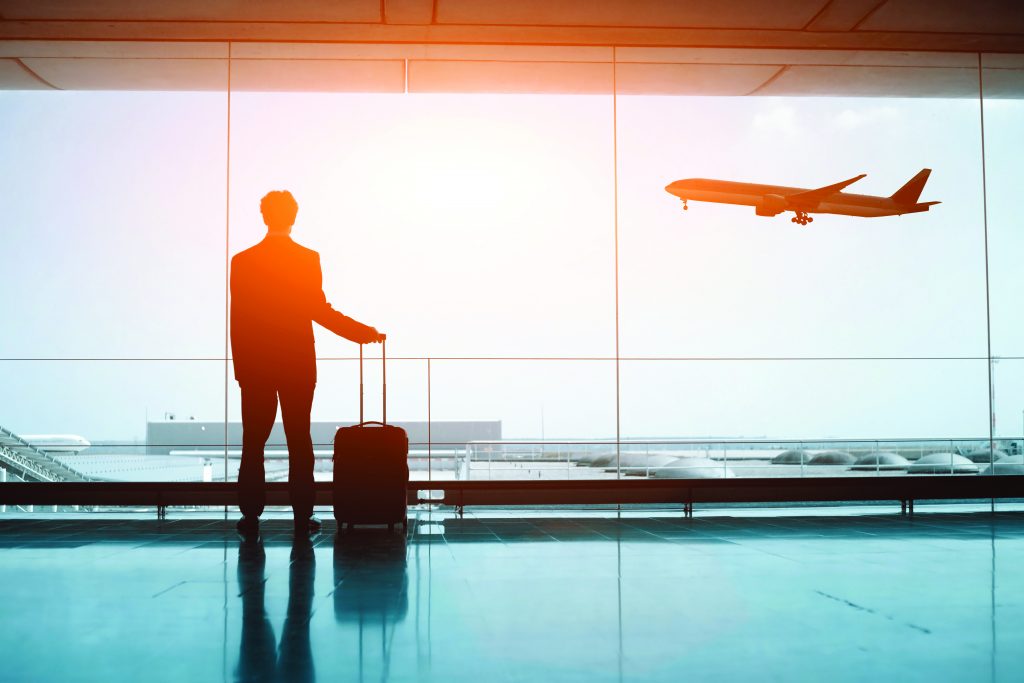 The coronavirus pandemic and resulting shutdown have thrown the U.S. economy into turmoil, leading to bankruptcies and record numbers of unemployed.

When the coronavirus pandemic hit, even before the official shutdown here in New York or around the rest of the country, the travel industry was one of the first to be affected.

The travel industry got affected around Purim, when the pandemic hit Israel.

Basically, people stopped flying. The whole season between Purim and Pesach, we were busy with cancellations and getting bachurim who were in Israel back home to the States.

People who had tickets to take trips mostly canceled, either because the airline canceled, or they chose to cancel — whether it was a trip to Israel for Pesach or a hotel in Europe, or anything else. So we were very busy with the cancellations.

At a certain point, some airlines took away our ability to refund the tickets.

Normally, if somebody wants to cancel a ticket, it can be refunded for a fee. But at various points during the shutdown, airlines including Lufthansa, El Al, Latam, Aeroflot, Virgin Atlantic and Air Canada took away the ability for us to refund.

What these airlines basically said was, “We are freezing tickets, everything is on hold.”

These airlines were telling customers that the tickets could not be refunded, but that they could rebook at a later date. But a lot of people whose trips had been canceled are not planning at a later time. They just wanted their money back.

Other airlines that also did not want to give refunds, like United and JetBlue, eventually relented under pressure from the Department of Transportation.

A few weeks ago, El Al put up on its website that if you would like to get a refund, you can submit a special form and it’s going to go into a queue and you know we’re going to handle it. So it had gone from where they were completely closed, to where you at least had someone to communicate with.

And have customers gotten responses?

Over the past month or so, people who have complained to the DoT and submitted this request form on El Al’s website, have received refunds.

On Lufthansa, the first time I heard that someone received a refund was just three weeks ago. Virgin Atlantic, Air Canada and others have not given any refunds at all.

So of the airlines you have mentioned, it seems that the American companies have given refunds but not the others.

Correct. While every flight, from every airline, that touches the U.S. is subject to DoT regulations, American companies give in more easily to DoT pressure. Delta and American actually gave refunds right away; JetBlue and United did so only after DoT pressure. But right now, the major U.S. airlines are not giving problems.

Actually, I should mention that even the airlines that are giving refunds, are not always real refunds. It depends how you booked the ticket. In some cases, they are just giving you a credit, which means you can use it for any other ticket on that airline, and you can give it to someone else to use. Which is still much better than what the airlines were offering previously, which is to freeze the ticket, and you can use it later — only the same person on the same route.

Now with El Al, those who have complained to the DoT as I mentioned, and submitted the form on El Al’s site, have gotten refunds.

Let’s discuss how this shutdown has affected your industry.

All our work requires a lot of knowledge and expertise.

Some people use travel agents; others book their own flights online. But in this situation, people are realizing the value of travel agents. Whoever booked online, whether with Expedia or an online travel agent or directly with airlines, and then tried calling for refunds, had to wait for hours for a rep to answer the phone calls, and then had to deal with them. When you have a regular travel agent, you can just call or email him and he replies quickly. That’s the privilege of having a travel agent. That’s what we do.

Yes, sometimes we could charge a few bucks more than the airline because for those airlines that don’t pay us commissions, we charge a fee.

I feel like there is a big misunderstanding among customers of how this works. We have offices, overhead, expenses. When a client is entitled to get a full refund per DoT rules, the client should remember that the travel agent has been there for them: At the time of the booking he worked to find a good deal; now he is there to help you obtain your refund, and working with the airline for that. He has the knowledge, and sometimes puts in hours of effort.

And the way travel agents work, we have consolidators: the agents consolidate their cases to a big agent who deals directly with the airline. These consolidators could charge us $50 per client to obtain the refund.

So when we tell our clients that it costs $50 to cancel the ticket, they look at us like we’re bad guys — even though I didn’t keep a penny of that $50; it was just the consolidators’ fee.

Not only that, but I’ve also lost my commission that I’d made months ago, and done hours of work for this guy and not made a penny off it.

This is a major issue right now: clients just don’t understand what we go through. And when they see websites that tell people to fight for a “full refund” or dispute the charge with their credit card company, and then you get upset at the agent for just trying to recoup his consolidators’ fee, don’t forget that the agent worked for you and is making nothing off it.

People should also know that when they dispute a charge with the credit card company, if it has been booked with a travel agent, we will then get charged significant penalties, which must be paid quickly and in cash. It hurts us terribly. People have to be understanding that we are in a situation we have never been in before. We travel agents did not create this situation.

The airlines are having to refund millions of dollars and are trying to avoid that by dragging out the process. Don’t take out your anger on the travel agent. We wish you would get your money back right away. You are our client, and we are here to make you happy.

My point is not in any way to complain about customers; I’m just trying to explain to them how the system works.

So now that all these travel agents did all this work for nothing, will that change how they structure cancellation fees in the future? Maybe agents will start instituting larger cancellation fees, to insure against another situation like this, where there are mass cancellations and all their hours of work have been for naught?

We are thinking about things like that. I know that in Israel, several agents have said that any ticket will have at least a $100 cancellation fee; if you don’t like it, book your ticket online, but then when you have a crisis, you know, you can wait for Expedia or the airline to answer the phone. Even if travel agents sometimes cost you a few more dollars, people should appreciate and understand the work that goes into it and the benefits that result.

Yes, once this crisis is over and we rethink our business models, I think it’ll be fair that we have to start instituting cancellation fees.

How much did your business drop during the height of the pandemic, and how much is it back now?

Do you think this pandemic may change your industry permanently in some way?

Some people say that businessmen are getting used to Zoom meetings and won’t have to go to China as much.

But people are still going to want to go on vacation, visit Eretz Yisrael, fly for simchos, yahrtzeiten. I think we will come back. 9/11 harmed our industry, but we recovered. I look at it optimistically, personally; otherwise I would find a new job. We have to be optimistic.