Prime A Family’s Legal Fight for Their Sister’s Life 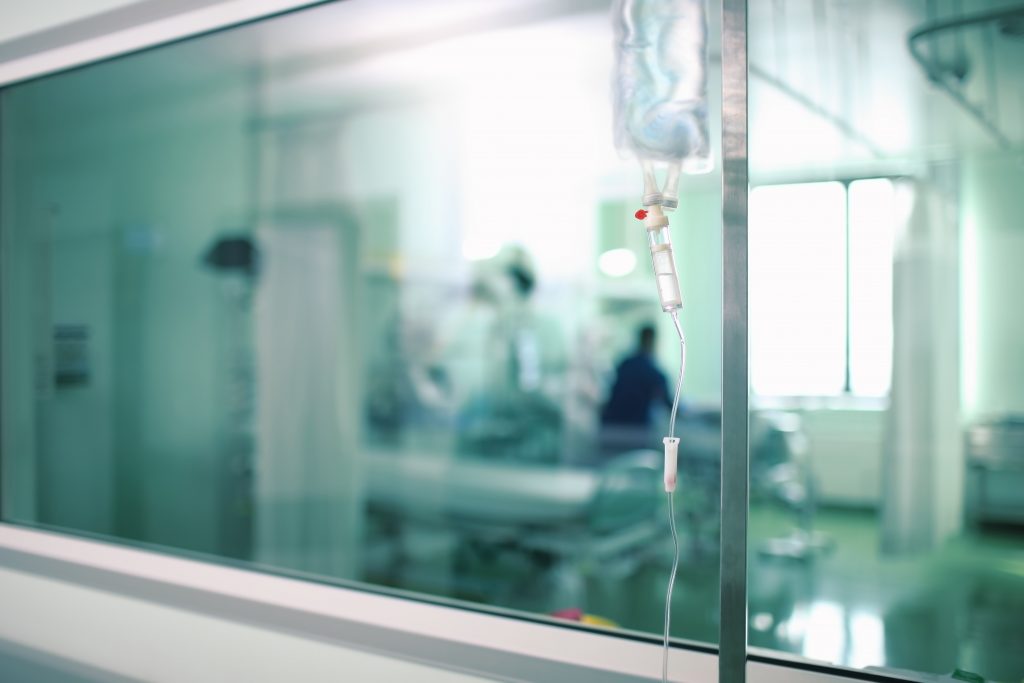 An Orthodox family is fighting for the life of their disabled sister in Canadian courts, to reverse a decision by doctors and a government board to cut off life-sustaining care.

Last summer, the patient in question, a 62-year-old woman, developed serious problems breathing and swallowing and had to be hospitalized. Her condition deteriorated, but has remained largely stable for months. With no apparent reason, this past January, her two sisters who act as legal guardians were presented with a new “treatment plan” that began what is now an ongoing legal battle.

“We read the letter and saw quickly that this was not a plan of care, but a plan of death, and refused to agree,” one of the patient’s sisters told Hamodia. “Now we’re fighting the hospital in court. It seems that we have a very difficult fight ahead of us, but at the very least we are doing what we can to buy my sister time.”

The daughter of a Holocaust survivor and prominent talmid chacham, the patient was born with Down syndrome. But for most of her life she was high functioning, living in a group home and maintaining a job. Five years ago she developed dementia and had to be moved to a nursing home. When her health took a turn for the worse, she was admitted to the Ottawa Hospital’s Civic Campus.

Soon afterward, the patient’s respiratory issues and inability to swallow made it necessary to place her on a feeding tube and to perform a tracheotomy. She also had to be placed under sedation that has left her ability to communicate severely impeded. But she is still able to respond to sounds and make eye contact.

In the months that have passed there has been little change in her condition. Yet, when Dr. Gianni D’Egidio, who had treated her in the ICU soon after her admission, reviewed the case, he called for a plan to withhold any lifesaving measures such as CPR, dialysis, antibiotics, or medication to stabilize blood pressure, should any such steps be needed. The plan also called for a cessation of artificial nutrition and hydration, should any of a long list of vague conditions that signal a downturn in her condition occur.

“She’s been very sick this whole time, but she’s a fighter and she’s hanging in there,” said one sister. “The doctor didn’t give us any explanation as to why he was giving this new plan. The whole time she has been there the hospital has been telling us that she’s dying imminently, and now sees she is still there.”

The family was given 72 hours to approve the plan of action, which, after consultation with halachic authorities, they declined to do. Dr. D’Egidio then brought the case before the Consent and Capacity Board (CCB), an independent body created by the provincial government of Ontario to deal with complications in patients’ treatment plans and, as in the present case, to serve as a mediator between a patient’s family and physicians in the event of a dispute over the proper course of action.

The three-person panel, picked from a pool of lawyers and medical professionals, heard the case over a five-day period that spanned Taanis Esther and Purim. At the proceedings, the physician acknowledged that the patient could live up to two years longer with a more aggressive treatment plan, but questioned the rectitude of doing so, given her physical ailments and dementia.

The core argument presented on behalf of the family was that, given the patient’s upbringing as an Orthodox Jew and several experiences throughout her life that pointed to a connection to her faith, and an understanding of the view of the sanctity of life held by Torah Jews, it was the responsibility of the hospital to do whatever possible to sustain her life and certainly not to take any steps that would shorten it.

Another key argument was that providing nourishment and hydration should not be viewed as part of “treatment,” but rather as “necessities of life,” not subject to a treatment plan.

“This case raises many important points, but one of them is the question of whether food through a feeding tube should be considered basic personal care, which has implications for a lot of legal medical questions,” attorney Hugh Scher, who is representing the family, told Hamodia.

Ultimately, the CCB rejected the family’s arguments and pointed to the fact that since most of the patient’s life was spent in a non-Jewish group home, Orthodox beliefs might be that of her loved ones, but not necessarily hers.

“Part of the significance of this specific case is the patient’s disability, but the board did find that she could have had prior capable wishes, yet it failed to grasp the full extent of how those wishes were rooted in her Jewish faith,” said Mr. Scher.

Rabbi Mani Diena, a Toronto-based askan who has been heavily involved in helping to advocate for the patient, told Hamodia that the present ordeal reveals an essential problem with the CCB as an institution.

“The CCB has a tendency to look out for the hospital more than the patient. Out of the last six cases like these, the patients lost five of them,” he said. “Even if you put the issue of bias aside, the province has given too much power to a board of laymen. The fact is that the CCB’s members are not judges and should not be in a position to determine life and death.”

The family is continuing their fight and have appealed the case to Ontario’s Superior Court of Justice, where a hearing is set to be held at the end of July. As the case proceeds, advocates have rallied the support of a broad base from within the Canadian Orthodox community, as well as from Catholic and Muslim groups.

Rabbi Naftali Katz, who has followed the case in his capacity as a member of Chayim Aruchim’s rabbinical advisory board, a division of the Agudath Israel of America that advises and advocates on end-of-life issues, told Hamodia that the case’s outcome could set an important precedent, especially given the patient’s disability.

“It’s very important for the frum community in Canada to rally behind this case,” he said. “The idea that it is up to a hospital or a board to withhold treatment against the wishes of the family is very dangerous and in this case in particular, the outcome could be especially important for anyone with a child or sibling with special needs.”

This is not the first time that Ontario hospitals have found themselves at odds with the Orthodox community over care for seriously ill patients. In 2017, hundreds from the Toronto community attended court hearings over whether doctors were permitted to remove life-supporting measures from Shalom Ouanounou, z”l, a 25-year-old who had been declared “brain dead” by the hospital, while his heart and lungs continued to function for over a year. The case, also argued by Mr. Scher, was never ruled on and declared moot after Mr. Ouanounou passed away.

Despite the similarity of the present struggle and that waged by the Ouanouou family, Mr. Scher said that there are actually “very few” such cases.

“Where they do arise, they are a consequence of poor communication on the part of doctors, a misplaced concern for hospital resources, and biased attitudes held by doctors regarding self-determination and individual autonomy.”

The patient’s family and Rabbi Diena stressed that, aside from the important precedent the case could set, they hope that the matter will raise awareness of the importance of preparing a “halachic living will” that clearly spells out the individual’s wish to be treated in accordance with Torah law.

“It’s becoming a bigger and bigger issue for the community,” said Rabbi Diena. “Doctors are receiving an education that teaches them that ‘quality of life’ is the only major factor they should be making decisions based on. But, if a person has a clear document saying that he wants to be treated in accordance to halachah, it’s respected. A lot of people in the community don’t know about it, and it’s becoming more and more important that people contact the Rabbanim and organizations that deal with this and make sure they have these papers signed.”

They specifically cited forms that have been designed by organizations such as Chayim Aruchim and a smaller Canadian organization, Kol Hanefesh, which also focuses on advising on end-of-life issues.

“Especially for people here in Ontario, where these issues can easily end up at the CCB, people have to know that, if you don’t advocate for yourself and make sure to have all the papers in order, you could end up in a very long, expensive and difficult fight like we are now,” said one of the patient’s sisters.

Representatives of Chayim Aruchim and others who have been involved in helping families facing similar impasses with hospitals have commented that a recurring cause of such tensions is a growing gap between traditional outlooks on the sanctity of life and a medical establishment with an increasingly secular view.

Mr. Scher said that one of the most important dangers that the case presents is the short shrift that the patient’s religious beliefs were given in the CCB’s decision.

“It’s important for doctors to gain a full understanding of the values and beliefs of patients or of a substitute decision-maker who are the ones that are in the best position to convey those beliefs. It’s important that hospitals not trivialize these beliefs and reduce decision-making to a formulaic list that denies the true essence of faith.”n