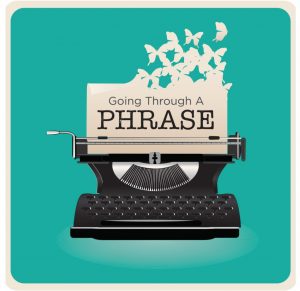 How long can you hold your breath?

Now try this: How long can you stay focused on a single task?

OK, try it again; but now, without answering text messages at the same time. …

You may have read about a Microsoft report that the average human attention span in 2000 was 12 seconds. By 2013, it went down to 8 seconds.

By contrast, the report said, the attention span of a goldfish is 9 seconds.

Let me oversimplify: The good news is that, contrary to media oversimplification of the oversimplified Microsoft report, the statistics simply turned out to be more fishy than gold.

The Wall St. Journal found that Microsoft’s goldfish bowl didn’t hold water. As Edward Vogel, a professor of psychology and neuroscience at the University of Chicago, put it, “The concept of an attention span as being a specific maximal duration of time is not a known valid measure. Such a time measure would vary so much from context to context that it would be fairly useless as a metric of ability.”

The Journal tracked down Microsoft’s statistics to a “2008 study of a sample of 25 people and how long they stayed on a web page.”

Frankly, 8 seconds might be overgenerous. In 2006, marketing sage Seth Godin quoted a study from the journal Behaviour and Information Technology that said positive or negative impressions on a website were made in the first 50 milliseconds of viewing.

That’s 50 thousandths of a second. Blink. You missed it.

It’s all relative, I suppose. Eight seconds can seem like an eternity. Ask any rodeo cowboy who held on for eight seconds while riding a bucking bronco or 1,800-lb. Brahma bull.

Microsoft didn’t say anything about the attention spurn of politicians.

I recently asked friends and family to write to the White House and thank the president. (I’m a non-partisan thanker. I thank politicians of all persuasions when it’s called for. I was taught that the worst thing is to be an ingrate; so I figure the best thing is to show gratitude.)

“But what should I write?” I was asked.

I recalled the story about President Calvin Coolidge summarizing his preacher’s sermon on sin: “He was against it.”

In Washington, all they want to know is for or against. How you say it doesn’t matter.

As people lurch from distraction to distraction, attention span does seem to dwindle. Which is why politicians and their media partisans talk so much about the other side’s “talking points.”

Oxford English Dictionary defined talking point as “a topic suitable for or inviting discussion or argument.”

So why does such a bland term get treated with such scorn by all sides?

OED’s earliest citation for talking points was a 1922 novel about a middle class real estate “broker who had Vision and who understood Talking Points, Strategic Values, Key Situations, Underappraisals, and the Psychology of Salesmanship.”

Talking points are akin to an elevator pitch. That’s a rehearsed capsule spiel to deliver in the time span of an elevator ride.

Or maybe talking points are closer to sound bites — bite-sized slogan-like statements made by politicians. Fast food for thought.

William Safire puzzled over the bashing or hailing of talking points — depending on who’s making the points. “Etymology may help. I first heard the phrase as a White House speechwriter, ducking dreary assignments for ‘Rose Garden rubbish.’ President Nixon would often say to his writers, ‘Never mind preparing formal remarks for this bunch, just give me a page of talking points.’”

“Rose Garden rubbish” was a White House staff term for small talk statements made by the president, as opposed to major statements of policy. Today, both often get tweeted without the benefit of filtration by speechwriters.

The point of talking points is to stay “on message.” The message refers to core issues that need to be simplified for debating points or to play to the base — to keep true believers revved up.

Political partisans of all sides sneer at opponents’ talking points as “‘marching orders,’ simplistic selling points to be followed by supporters in lockstep” — Safire’s Political Dictionary.

Talking points can also be useful for the old political dodge of deflecting a question by answering a different one.

Which reminds me of an old joke. A fellow offers his friend a job as a traveling Rabbi, giving speeches on the Torah portion of the week.

“But I’m no scholar,” his friend says. “How can I come up with a sermon every week?”

“Simple,” says his friend. “Just prepare a speech on the rebellion of Korach.”

“But what do I do all the other weeks?”

“Just quote a verse and then say, ‘This reminds me of Korach.’ …”