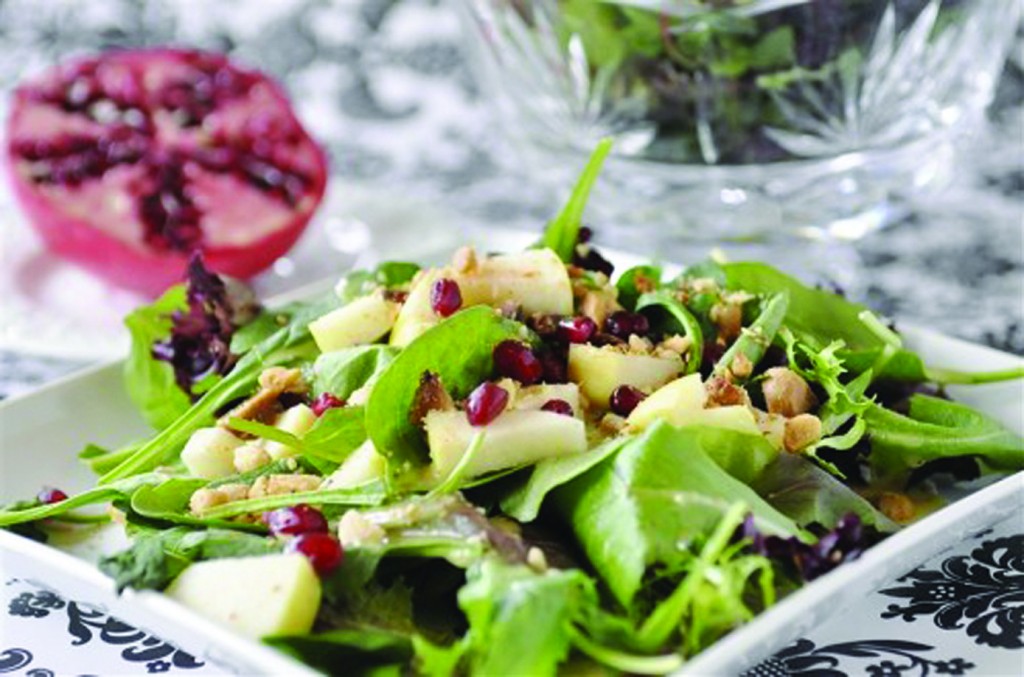 Tu BiShvat is the New Year for the purpose of calculating the age of trees for orlah. The fruit from new trees may not be eaten during the first three years; the fourth year’s fruit is brought to Yerushalayim and after that, one can eat the fruit. Each tree is considered to have aged one year as of Tu BiShvat, so if you planted a tree on 14 Shevat, it begins its second year the next day, but if you plant a tree two days later, on 16 Shevat, it does not reach its second year until the next Tu BiShvat.

There are only a few customs or observances related to Tu BiShvat. One custom is to eat a new fruit on this day. Others eat fruits of the shivas haminim. In Eretz Yisrael some people plant trees on this day.

The gematria of “eitz pri” is the same as that of the Hebrew word “shefa.” While eating our fruit, it behooves us to remember the bounty of Hakadosh Baruch Hu and be thankful for all that we receive.

Some people say a special tefillah on this day for a beautiful esrog for next Sukkos. In addition, many eat jam or compote made from the esrog that they used this past Sukkos. It is considered a healing food and has much mystical significance.

The shivas haminim also refer to many aspects of the home and family life. Wheat brings to mind shalom bayis, as it says (Tehillim 147): “hasam gevulech shalom chelev chittim yasbi’ech.” Also in Tehillim (128) it refers to one’s wife as a “gefen poriah” and one’s children as “shesilei zeisim,” once again comparing the family to the fruits of Eretz Yisrael. The hidden tasty seeds of the pomegranate remind us of the passuk “kol kvudah bas melech penimah” and dvash is reminiscent of young children learning, as it says, “Dvash v’chalav tachas l’shoneich.”

There are many “new years” on our calendars. It is interesting to note that the only ones that are celebrated are those of Rosh Hashanah and Tu BiShvat. The significance of the trees’ New Year must be as great as that of our New Year in the eyes of Hashem. Many people follow the custom of learning maseches Rosh Hashanah on Tu BiShvat as well as the halachos of orlah.

Try this salad for Tu BiShvat this year:

Place salad ingredients in a large bowl and toss to combine.

Put pomegranate juice, mayonnaise, lemon juice and sugar in your food processor. With the motor running, gradually drizzle in the olive oil until the dressing is combined and thick.

Our recipes below put to use some of the shivas haminim in delicious, easy desserts for your family: 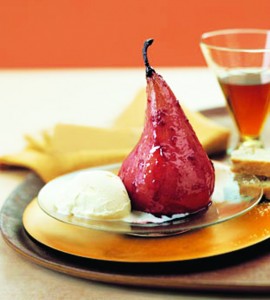 Core pears from the bottom end using a small melon baller. Trim the bottoms flat and stand pears upright in a 9” baking dish. Pour wine sauce over pears and roast for one hour, basting every 20 minutes. Pears should be tender when pierced with a knife. Using a spatula, transfer the pears to a serving platter. Pour juices into a small saucepan and simmer to reduce to 2/3 cup, about 5 minutes.

Today we have access to endless amounts of fresh fruit. In years past, most fruit eaten on Tu BiShvat was prepared and dried during the summer. We keep up this tradition of eating dried fruit as well. This recipe uses both fresh and dried for maximum fruit flavor.

Peel 3 strips of zest from orange using a vegetable peeler. Squeeze ½ cup juice from the orange. Set aside.

Add apples and pears to syrup and heat to boiling. Reduce heat and simmer 8–10 minutes until fruit is tender. Stir in craisins and peaches and cook 2 minutes longer. Stir in orange juice. Cover and refrigerate at least 4 hours or up to 3 days to allow flavors to blend.