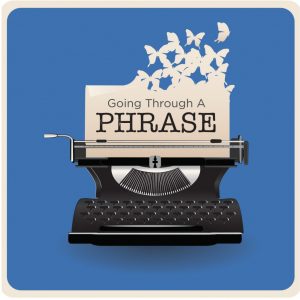 A famous (some say infamous) comedian said. “If only G-d would give me some clear sign! Like making a large deposit in my name at a Swiss Bank.”

Rabbi Dovid Orlofsky, an old hand at outreach (young hands don’t reach out so far) used to field such challenges from teenagers: “If G-d can make miracles, let Him show me. Let Him split the Red Sea in my backyard and then I’ll believe in Him.”

He stopped answering them. Why? Because you can rationalize anything. No answer suffices when the questioner is committed to denial.

OK, I know you’re waiting for it, so I’ll say it: Denial is not just a river in Egypt. (And no, there’s no evidence that Mark Twain ever said it. The earliest citation Quote Investigator found was a 1933 newspaper joke.) However, Pharaoh was one of the earliest deniers on record. He was plagued with denial.

The problem, Rabbi Orlofsky points out, is that miracles don’t convince anybody. G-d told Moshe “At midnight, I will go out into the midst of Egypt,” and kill the firstborn. But when Moshe spoke to Pharaoh he changed it to “about midnight.” Why did he change the prophecy? Because he knew Pharaoh’s astronomers would be watching their chronometers and run a countdown. And if their state-of-the-art smartsundials said the firstborns started dying four seconds early, they’d say, “Aha! We knew that Moshe was a liar!”

Major spectacular productions are impressive. But the impression doesn’t go deep. In the Gulf War of 1991, Saddam Hussein bombarded Israel with Scud missiles. Some unofficial statistics I gathered: Israel was hit with 39 Scud missiles; some 15,000 properties were destroyed or damaged; 13 people died — two directly from missiles, 11 from heart attacks or misusing gas masks.

Prime Minister Yitzhak Rabin came on the radio and said, “We have to recognize” the fact that there were so few casualties “is a miracle.”

Then a woman in Tel Aviv was interviewed: “Would you say this was a miracle?”

“No. It wasn’t a miracle. Things like this happen all the time in Israel.”

OK, so what is a miracle?

Oxford English Dictionary defined miracle: “A marvellous event not ascribable to human power or the operation of any natural force and therefore attributed to supernatural, esp. divine, agency; especially an act (e.g. of healing) demonstrating control over nature and serving as evidence that the agent is either divine or divinely favoured.”

The Hebrew word nes is all that and more.

There are two types of nes, the Malbim says: When Klal Yisrael is worthy of miracles; or, when we aren’t worthy, but G-d performs a nes to inspire faith.

Harav Samson Raphael Hirsch says that nes also means a flag or signal, from nossess — to elevate or raise a signal.

(You see where I’m going with this. I already sent a signal. …)

The miracle, Rav Shimon Shalom says, is that even in such dire straits as being outnumbered and overwhelmed, they remained pure, righteous and continued learning Torah. And we have to thank G-d for those miracles.

My brother Rabbi Nota Schiller, Rosh Yeshivah of Ohr Somayach, told me that we say “Shema Yisrael, Hashem Elokeinu Hashem echad — Hear O Israel, Hashem our G-d, Hashem is One”? But why do we need to preface the declaration with “Hear O Israel”? Why not just say “Our G-d is One”?

Because when you’re really excited about something, you can’t keep it to yourself; you want to share it with others.

Why do we put our Chanukah menoros in our windows or in front of our doors? The essence of the mitzvah is pirsumei nisa — to publicize the miracle. But why do we need to publicize it?

We publicize it so that we can see it.