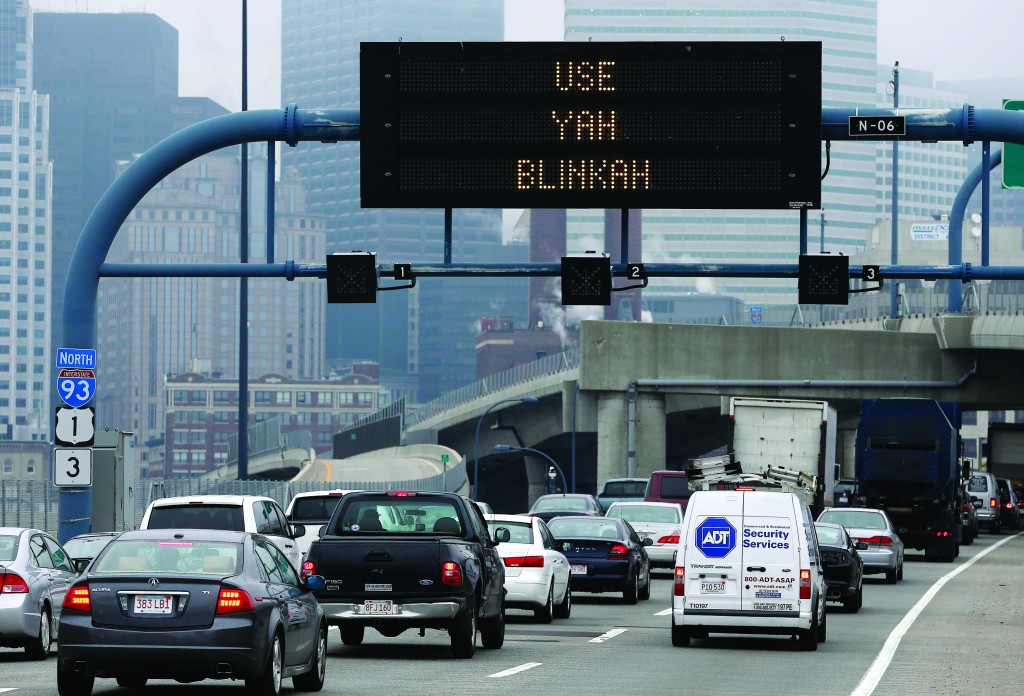 GRAFTON, N.Y. (AP) — Five cows that went on the lam are back home in upstate New York,  thanks to a quick-thinking emergency dispatcher.

State police say the cows were spotted wandering along State Route 2 in Grafton, about 20 miles northeast of Albany.

They say troopers corralled the “feisty” creatures into a yard until a Rensselaer County dispatcher figured out where they belonged.

The dispatcher saw an online post from the family of a farmer asking if anyone had seen their missing cattle.

Authorities contacted the farmer and the cows were returned safely.

NORTH CONWAY, N.H. (AP) — Wildlife officials in New Hampshire believe a bear is to blame for a series of recent car break-ins.

The New Hampshire Fish and Game Department says several cars have been broken into over the last few weeks in the same North Conway neighborhood. Officials say the likely culprit is a bear looking for food.

Terry Leavitt tells WMUR the radio was pulled out of her dashboard. The interior was ripped apart and a window was smashed. Other residents also reported similar damage.

Conway police Sgt. George Walker says it’s a common occurrence this time of year as bears stop hibernating and search for food. And the suspect description is always the same: “furry.”

BOSTON (AP) — Perhaps the reason notoriously aggressive Boston drivers don’t use their turn signals is that no one’s ever put it in terms they understand.

The Massachusetts Department of Transportation on Friday changed that by posting messages on electronic highway signs around the city that read: “Changing Lanes? Use Yah Blinkah.”

“Blinkah” is how Bostonians pronounce “blinker,” otherwise known as a turn signal.

The signs are scheduled to stay up through the holiday on Sunday, May 11, which state officials say is one of the busiest traffic days of the year.

Drivers who fail to use their “blinkah” when changing lanes on a Massachusetts highway are subject to a fine. Police across the state handed out almost 5,000 tickets for the offense last year.

WENATCHEE, Wash. (AP) — A state Fish and Wildlife officer issued a written warning to a man who drove while his wife took a video of a moose running through a Wenatchee neighborhood.

Enforcement Officer Graham Grant told The Wenatchee World the department wants to make a statement that it’s unlawful to do anything to harass a moose.

He says the moose was obviously in distress last weekend and ran toward a parking lot and traffic because the car was following it. Grant says moose should be left alone to find their own way.

BEND, Ore. (AP) — An Oregon police affidavit says a robber at the Home Federal Bank two weeks ago demanded money by giving the teller a note written on the back of a grocery receipt.

It was only part of the receipt, Bend Detective Jeff Frickey said in the affidavit, but it had the last four digits of a food stamp account and the account balance — enough to get investigators going.

State records provided a name to go with the account number, the Bend Bulletin reported, and an online search of the name turned up a pawn shop transaction with a telephone number.

A service provider then came up with the coordinates of the phone, the Stillwater Campground in Central Oregon.

That, the affidavit said, is where 54-year-old Robert Short was arrested on theft and robbery charges.

At an interview afterward, Frickey’s affidavit said, Short denied the charges, saying he never keeps receipts and would have thrown it in the trash, where anyone could have picked it up.

He also said that a hitchhiker must have stolen a black stretchy cap that police kept as evidence after it was knocked off when the robber and a bank client struggled during the April 24 holdup, the affidavit said.

Police told Short his DNA was on the cap.

A plea hearing is scheduled May 27.

Short was held without bail at the Deschutes County Jail.

Driver is cited for using dummy in carpool lane

QUINCY, Mass. (AP) — A commuter heading into Boston had a real dummy along for the ride.

State Trooper John Carnell was working a paid detail in Quincy on Thursday morning when he saw a vehicle enter the carpool lane on Interstate 93 north with a suspicious-looking passenger.

Carnell pulled over the vehicle and found that indeed, the driver had propped up a jacket with a mannequin head on top in the passenger seat. The fake head even had a little mustache drawn on.

Vehicles using the lane must have at least two occupants.

The driver, whose name was not made public, has been issued a citation for operating on an excluded way.