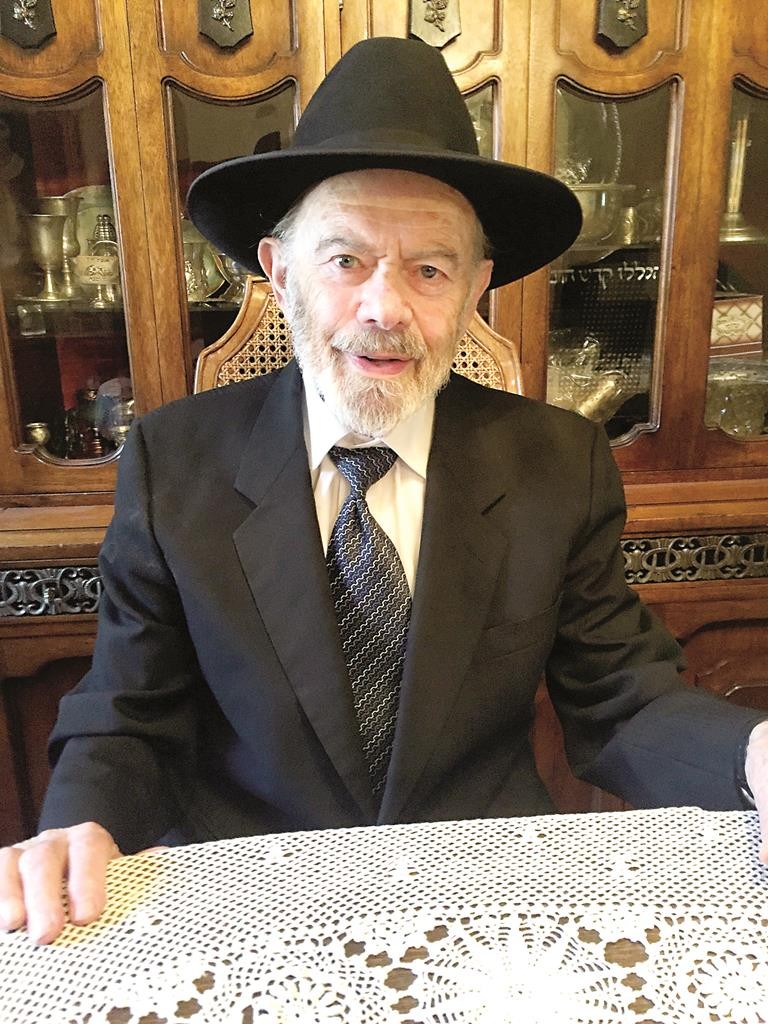 My maternal grandparents lived in the town of Oiberapshe, where they owned a small grocery store. My maternal grandfather, Zeide Leizer Volf, was a tremendous baal chessed and a talmid chacham. The following story portrays just a small example of his strong emunah: During the deportation, when they were taking everyone away, my grandfather said, “We should be b’simchah because we are going einkegin Moshiach — to greet Moshiach.”

My maternal grandmother, Bobba Rivka, was a descendant of the Turei Zahav as well as Reb Duvid Zalmanovitch. Reb Duvid came to Apsha with his children and settled there. He owned a large portion of the town. In addition, he had a mill with which he had so much hatzlachah that he became extremely wealthy. He grew all sorts of vegetables which he laid out freely for his extended family to take from. He shared his wealth with others as well; when outsiders would help themselves to these free goods, he was known to say, “Zei zenin oichet a tatte’s kindt.”

After my parents were married they lived in Marmorosch, a very poor, chassidishe town. People in this town worked very hard for parnassah. Compared to other towns, they were still very primitive: no running water, no electricity; they used outhouses. The gentiles lived on the outskirts of town; the main street was completely Jewish. People walked around in chassidishe levush.

There was a period of time prior to the onset of the war that Marmorosch became part of Hungary. The people who originated from Galicia and didn’t have Hungarian citizenship were sent back to Poland, despite the fact that they had family living here. The people were deported to an area in Galicia known as Kaminetz-Podolsk.

Although during WWI my grandfather served as a soldier in the Hungarian army, he was deported to Galicia as well. They were let out of the trains into an open field near the railroad tracks. The Germans were lined up and began shooting many of the people who were trying to run home. Being that my grandfather knew the woods well from his travels to the Doliner Rebbe, he was able to escape.

A few days later he arrived almost to the entrance of Dubove. As he was approaching Dubove, he met up with a German blacksmith who lived in the area, who was his friendly competitor. The German threatened to shoot him if he didn’t go back. My zeide was a strong-minded person. He didn’t believe the German was going to shoot him; he was his friend and my zeide had done him many favors throughout the years. The German shot him on the spot and he died; he then stole all my grandfather’s tools. You will wonder how we know the story — the German blacksmith himself had the chutzpah to retell the story!

My father, Chaim Ezra Miller, z”l, was the oldest of eight children. He was a shochet by profession. Being that it was a small town, the kehillah could not afford to pay a shochet, a baal korei, a chazzan and various other [religious] functionaries. So they would hire one man called a “shatzmatz” who would do all these jobs.