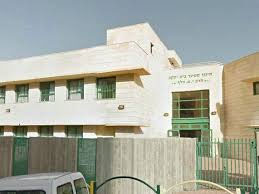 On this date, Moshe Rabbeinu wrote down the first 68 perakim of the Torah, from Bereishis to Mattan Torah, and the mitzvos that they were commanded in Marah (Shemos 24:4; Rashi ibid.). He also taught the seven mitzvos of Bnei Noach.

In 5241/1481, the pope issued an order calling on all Christian princes to send back to Spain any Jews who had fled the Inquisition.

Rav Wolf first taught in the Bais Yaakov Seminaries in Yerushalayim and Tel Aviv. Later, the Chazon Ish, zt”l, invited him to oversee the Bais Yaakov Seminary in Bnei Brak. Besides expanding the seminary, he planned and implemented the curriculum. He did not allow the secular education system to influence the religious content of the seminary. He believed that material written by secular writers lacking yiras Shamayim usually includes false assumptions.

Rav Wolf was respected by all Orthodox Jewish circles in Bnei Brak. When opponents lashed out against his approach, the Vizhnitzer Rebbe, Harav Chaim Meir Hager, zt”l, defended him.

In 1453, Constantinople fell to the Ottoman Turks, marking the end of the Byzantine Empire.