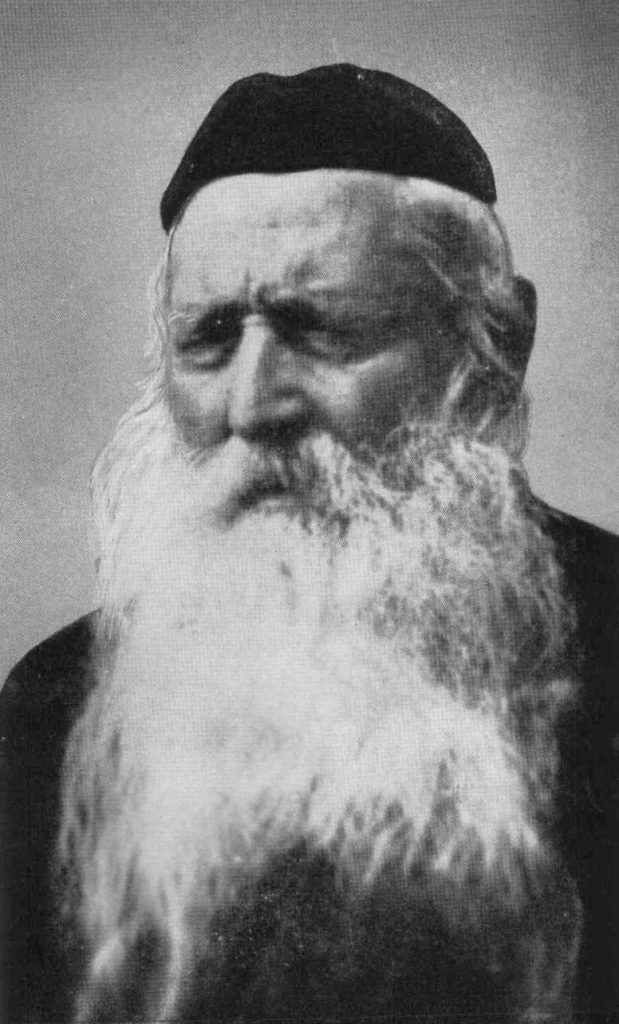 In 5213/1453, the Muslim conqueror of Constantinople granted equal rights to Jews and other non-Muslims. This created a haven for many Jews who were forced out of Spain during the Spanish Inquisition, which took place 39 years later.

“Reb Shimon Hatzaddik,” as he was fondly called by Harav Yehoshua of Belz, was born in Pressburg, Slovakia. His parents were Harav Avraham Shmuel Binyamin, the Ksav Sofer, son of the Chasam Sofer, and Rebbetzin Chavah Leah.

From his youth, Harav Shimon displayed supreme talent. Before his bar mitzvah he had already completed Maseches Bei’ah 60 times.

For six years, beginning in 5634/1874, he lived in Russia, where he was venerated by all the local Gedolei Torah. In 5640/1880, when he was 31 years old, he was called upon to assume the Rabbanus of Erlau, Hungary, where he served as Rav for 64 years. He was also a Rosh Yeshivah, delivering intricate shiurim to the bachurim, and he gave several daily shiurim to the townspeople as well.

Even though the salary he earned in Erlau was meager, he refused more prominent positions, such as the Rabbanus of Budapest and Ungvar. Nevertheless, he became one of Hungary’s uncontested manhigim, and he stood at the forefront of the battles to preserve Yiddishkeit in purity.

His Rebbetzin supported her husband with all her resources. The Rav once complained that he did not have enough money to print the sefarim of their grandfather, the Chasam Sofer. The Rebbetzin immediately went out and sold all her jewelry to obtain the money that was needed. Rav Shimon subsequently printed many of the Chasam Sofer’s sefarim.

His own sefarim were She’eilos U’teshuvos Hisorerus Teshuvah and Shir Maon al haTorah. With great humility, he refused to put his name on his sefarim, printing them anonymously. He added the following to every page: “Do not rely on this sefer for halachah l’maaseh.”

Along with 3,000 of his fellow Jews, Rav Shimon was transferred from the Erlau Ghetto to Auschwitz, where the 95-year-old Rav was sent in his wheelchair to the gas chamber. His son, Rav Moshe, was also killed on this day. Hy”d.

In 1864, Confederate forces repelled a frontal assault by Union troops in the Civil War Battle of Kennesaw Mountain in Georgia.

In 1986, the International Court of Justice at The Hague ruled the United States had broken international law and violated the sovereignty of Nicaragua by aiding the contras. (The U.S. had already said it would not consider itself bound by the World Court decision.)