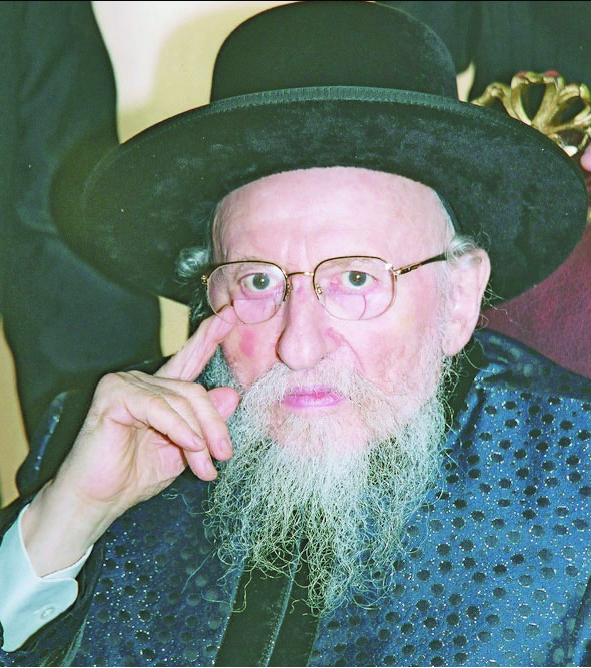 This date is cited as a Yom Tov in Megillas Taanis. The Roman Caesar Tureinus caught Lolianus and Pappus, two righteous brothers, in the city of Lod and had them killed. The Gemara relates (Taanis 18) that when they were captured and brought before the Caesar, he exclaimed, “If you are from the nation of Chananyah, Mishael and Azaryah, who were saved by a miracle, then a miracle is expected to occur for you, too!”

“We are not as righteous as they were, and you are not great enough for a miracle to happen through you. We will die because we deserve to be punished,” they responded. They were then killed al kiddush Hashem.

Immediately thereafter, the Caesar was killed by a legion of the Roman army and the rest of the Jewish community was saved, which led to the declaration of this day as a Yom Tov. The Yom Tov was subsequently canceled because two other brothers, Shmayah and Achiyah, who were great men, were killed on this day.

Reb Naftali Tzvi was still a young child when World War II broke out; he spent most of the war with his family, desperately trying to evade the Nazis.

He would recount tearfully how one Friday he was sent by his parents to bring food for Shabbos. The Nazis burst into their hiding place and ripped the tefillin off the head of his grandfather, the Kedushas Tzion. They took all present except for young Naftali Tzvi, although he ran after them.

Reb Naftali Tzvi’s bar mitzvah was held on Shabbos Parashas Shelach 5704/1944 while they were hiding in the basement of the hospital in the Grosswardein ghetto.

Near the end of the war the Germans agreed to allow three boatloads of children, with some adults, to leave, and in August 1944, Harav Shlomo sent Reb Naftali Tzvi to Bucharest to board one of the boats bound for Eretz Yisrael. No sooner had the boats set sail than the Germans bombed two of them. Only six people survived the bombing.

Reb Naftali Tzvi, 13, arrived in Eretz Yisrael. In Yerushalayim, he learned in the yeshivah of Slonim.

Years later he joined his father in the United States to rebuild Bobov. There he began filling important roles for the fledgling Bobover kehillah and mosdos, delivering shiurim and tending to communal needs.

Reb Naftali Tzvi shunned the limelight until the petirah of his father on Rosh Chodesh Av 5760/2000, when he was declared Bobover Rebbe. Despite his modesty, he was known to be a po’el yeshuos.

He was niftar on 12 Adar II 5765/2005 at age 74, and was buried next to his father in the Bobover ohel in Washington Cemetery in Deans, New Jersey.

In 1765, the British Parliament passed the Stamp Act to raise money from the American colonies, which fiercely resisted the tax. The Stamp Act was repealed a year later.

In 1933, during Prohibition, President Franklin D. Roosevelt signed a measure to make wine and beer containing up to 3.2 percent alcohol legal.

In 1941, the Grand Coulee hydroelectric dam in Washington State officially went into operation.

In 1945, the Arab League was formed with the adoption of a charter in Cairo, Egypt.