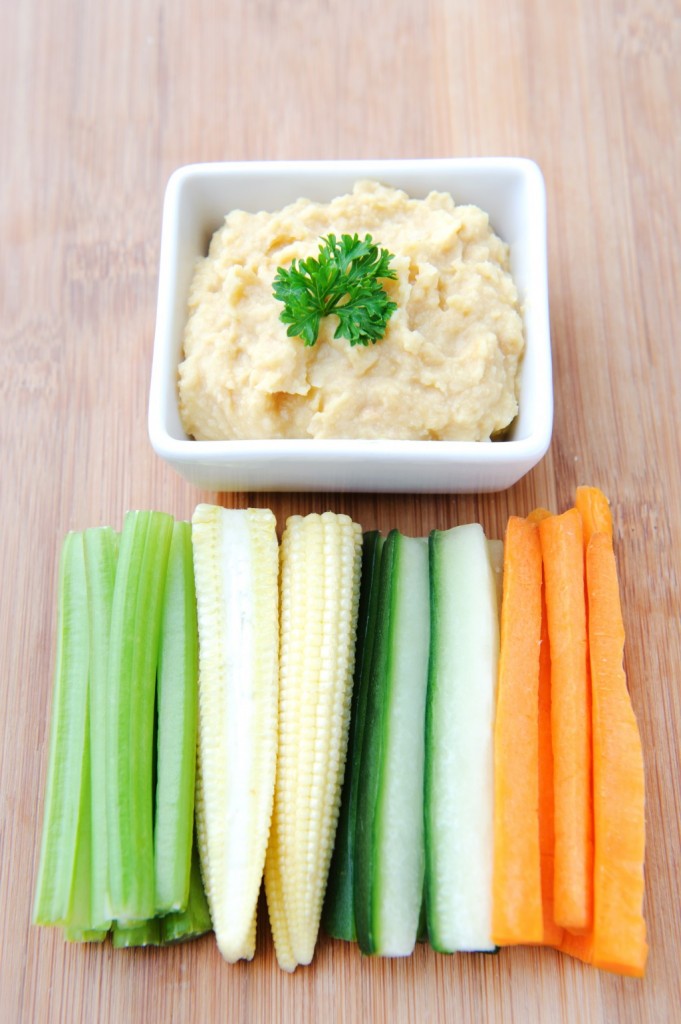 Offering a dip alongside vegetables encourages kids to eat veggies they might normally push aside, according to a new study.

“It is a good idea to try to pair less-preferred foods, like vegetables, particularly those that your child doesn’t like so much, with something to give it a little more flavor,” said Marlene Schwartz, of the Rudd Center for Food Policy and Obesity at Yale University, who was not involved in the study.

Jennifer Savage, at the Center for Childhood Obesity Research at Pennsylvania State University, and colleagues asked 34 preschoolers to do a taste test of vegetables with and without a low-fat dip.

More kids said they liked the vegetable if it was paired with a flavored dip that they liked, compared to a vegetable without a dip or with a plain dip.

In another experiment, the researchers gave 27 preschoolers celery or squash — two veggies that the kids typically didn’t like.

They found that kids ate about 15 grams of celery and six grams of squash. (For reference, a half cup of chopped celery or squash is a little more than 50 grams.)

When the vegetables were offered with dip, the kids ate more — about 25 grams of celery and about 15 grams of squash, the researchers report in the Journal of the Academy of Nutrition and Dietetics.

The research team points out that the dips were low in calories and given in small portions. Each serving was 3.5 tablespoons, which included 50 calories, four grams of fat and 90 milligrams of sodium.

“That’s what those extra calories are for, those discretionary calories we have each day, to try to make something healthy taste better to increase consumption,” said Yale’s Schwartz.

Although children are notorious for disliking vegetables, the problem has grown because kids’ diets have become less healthy, Schwartz said.

According to the U.S. Department of Agriculture, moderately active preschoolers should be getting 1,400 to 1,600 calories a day, including 1.5 cups of vegetables.

The study was funded by the McCormick Science Institute, which is supported by the spice company of the same name.

“Food and nutrition practitioners can help the staff at childcare centers, kindergartens, and elementary schools enhance children’s acceptance and consumption of vegetables by pairing vegetables with small portions of reduced-fat, herb-flavored dips during snack and meal times,” the researchers write in their report.

Other research has tried giving kids a treat, such as a sticker, to get them to like vegetables.

Schwartz said the important thing at this age is not how much vegetables kids eat, but getting children to be willing to try vegetables and be open to liking them.

“If you can get preschoolers to see themselves as people who try a bunch of different vegetables and try them in different ways and like vegetables, then you can really reinforce that way of seeing themselves and that’s going to help you in the long run,” she said.

On the other hand, Schwartz said, if a child comes to identify himself as someone who doesn’t like vegetables, “then you’re really fighting an uphill battle.”