US Pressuring Palestinians to Conduct Joint Probe with Israel

YERUSHALAYIM – The Biden administration has been pressuring the Palestinians to agree to an Israeli proposal to conduct jointly the investigation of the death of Al Jazeera journalist Shireen Abu Akleh in Jenin on Wednesday, according to Ynet.

Israeli officials were quoted as saying that the Palestinian behavior in the matter was absurd.

So far, the Palestinian Authority has refused to cooperate with Israel, rebuffing Israeli requests to examine the fatal bullet found in her body, which could indicate who fired it. At the time she was shot, she was standing near a raging gun battle between Palestinians and IDF soldiers. The M16 bullet extracted from her body could have come from either side, since both use that ammunition.

Israel has maintained that the bullet’s point of origin has not yet been determined, and that a ballistics analysis would likely be needed if the question is to be resolved. The Palestinians claim the evidence shows that the IDF shot her, but have not been willing to share that evidence.

PA President Mahmoud Abbas said at the journalist’s funeral in Ramallah on Thursday that “Israel is responsible for her death and must not go unpunished.” Abbas said they will take the case to the International Criminal Court.

Israel has conveyed messages to the U.S. and others in the international community saying that they are concerned the Palestinians are trying to destroy or damage the evidence, in order to make it impossible to establish who shot the journalist, Ynet said.

Israeli officials say that in the current climate of opinion, the Palestinians will not permit their leaders to publicly cooperate with Israel. However, they are hopeful that since President Biden is slated to be visiting the region soon, and the PA needs American financial support, in they will agree to some level of cooperation in the probe.

The IDF, meanwhile, has been conducting its own investigation, despite lack of access to evidence in Palestinian hands.

Army Radio said on Thursday that IDF investigators have questioned all of the soldiers who were in the area at the time, and physically mapped out where they were at the moment the bullet struck Abu Akleh.

All the IDF soldiers who were at the scene of the shooting have also been asked to hand in their weapons for ballistic analysis. “Thus far, there is no finding that can definitively place a bottom line on this complex incident,” it reports.

According to reports, there were armed clashes in at least three separate locations between Israeli troops and Palestinian gunmen at the time of the incident. The head of the Central Command Maj.-Gen. Yehuda Fuchs told Channel 12 News that there were thousands of bullets fired during the gunfights.

Channel 12, which does not cite a source, also said Israel has asked the Palestinian Authority for the helmet she was wearing so they could analyze it, but was rebuffed.

A senior security official said that “out of transparency,” Israel proposed having a PA and Israeli representative present during the forensic examination of the bullet, but were turned down. 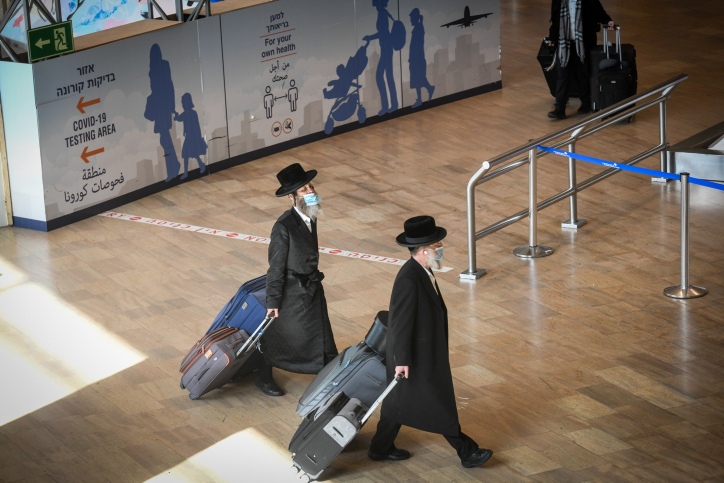 COVID Testing for Incoming Passengers to End on May 20

COVID Testing for Incoming Passengers to End on May 20