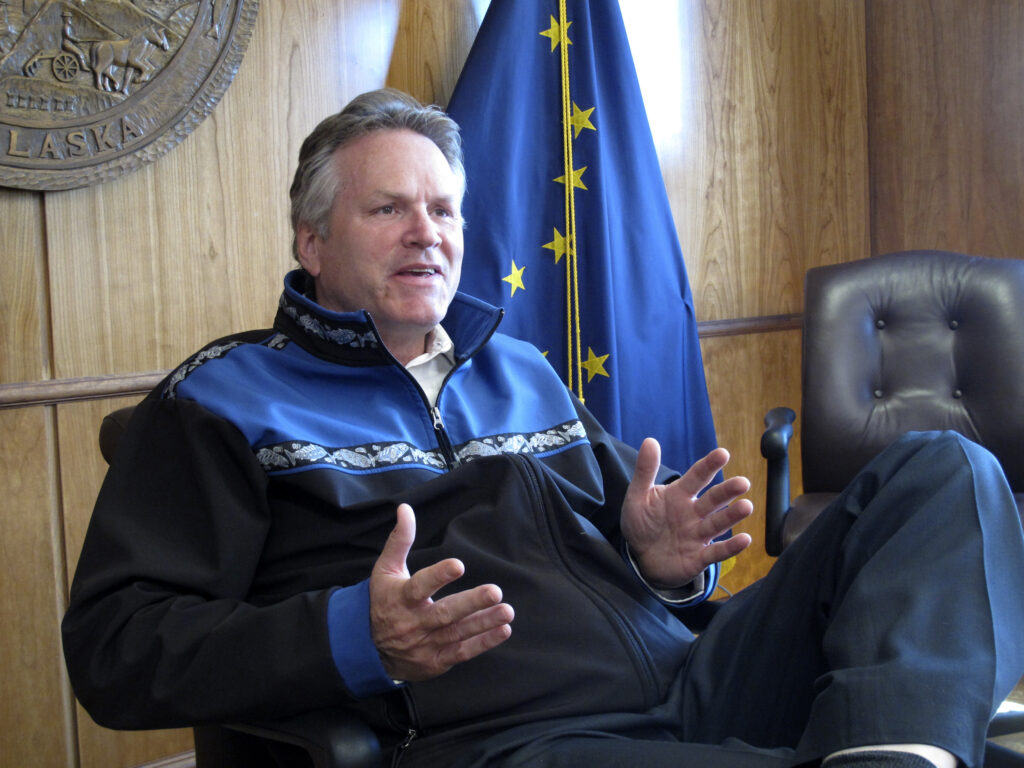 Former President Donald Trump said Tuesday he would endorse Alaska Gov. Mike Dunleavy for re-election, but only if the governor doesn’t back Sen. Lisa Murkowski’s bid to return to the Senate.

Trump praised Dunleavy for his handling of the coronavirus pandemic and his “pushback against the Liberal Biden Administration.” But Trump said he wouldn’t support Dunleavy if the governor were to recommend Alaska’s senior senator for re-election.

“In other words, if Mike endorses her, which is his prerogative, my endorsement of him is null and void, and of no further force or effect!” Trump said in a statement tweeted by his spokesperson Liz Harrington.

Trump has vowed revenge against Murkowski and other Republican lawmakers who supported his impeachment over the Jan. 6 insurrection. He’s endorsed Murkowski’s primary challenger, Kelly Tshibaka.

Murkowski is the only Republican senator facing reelection next year who voted to convict Trump at his impeachment trial. The race will be closely watched nationally as an indicator of Trump’s lasting influence with GOP voters after his 2020 election defeat and whether they are willing to punish lawmakers who they believe have been disloyal to the former president.

Separately, Alaska Lt. Gov. Kevin Meyer said he would not run for re-election next year.