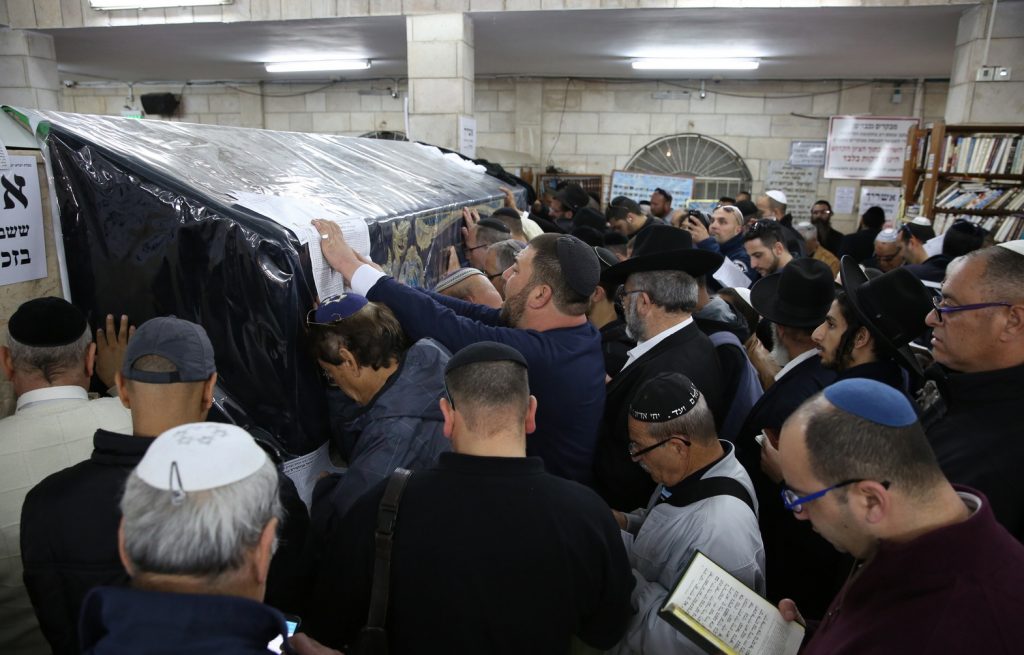 Police commander of the Negev region, Lt. Gen. Nachshon Nagler, has announced that this year’s public gathering on the yahrtzeit of the Baba Sali – 4 Shevat -at his tziyun will be banned.

In past years, 100,000 people visited the tziyun of Harav Yisrael Abuchatzira, zt”l, the Baba Sali, on the occasion of his yahrtzeit. The tziyun is located in the southern Israeli town of Netivot. Roads are closed throughout the region, as tens of thousands of cars and buses are directed to large parking lots outside the town, with shuttle buses bringing those attending as close to the site as possible.

This year there will be no entrance to the general public to either the tziyun or the fenced compound, Nagler announced. “In order to carry out this decision and in accordance with the law, the police will act to disperse or to prevent the entry of more people.” Nagler goes on to emphasize that “in the event of any obstruction, the police will use force reasonably to overcome it.”

This instruction was due to there being no reasonable possibility of complying with the provisions of the Safety Act.

Shas MK Rabbi Yaakov Margi was critical of the Police’s decision, and said that the masses will “vote with their feet and the hilula will take place,” regardless of the police’s orders.