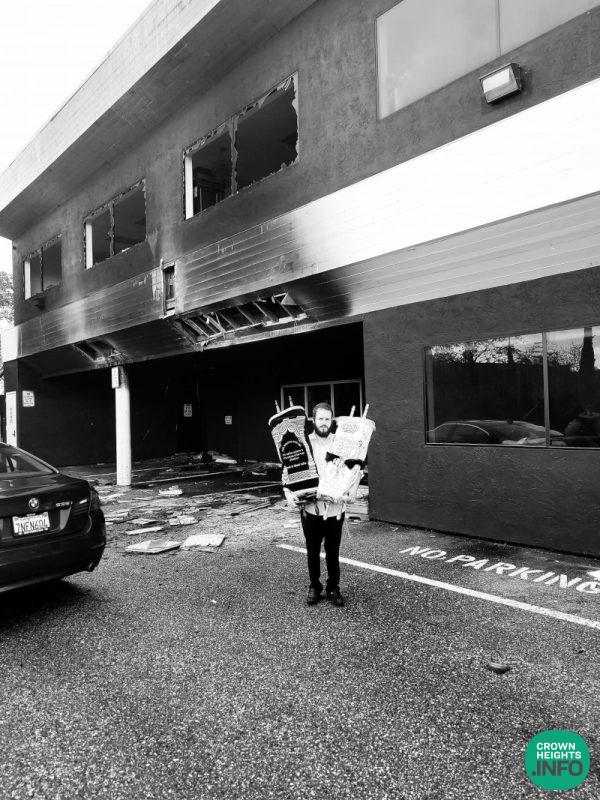 The Chabad house of Almaden Valley, a neighborhood of San Jose, California, was destroyed in a fire last Wednesday morning.

A garbage collector on his rounds at 8 a.m. called 911 when he saw flames engulfing the two story building at 1088 Branham Lane. By the time the firefighter managed to extinguish the flames, the floor on the second floor and ceiling of the first floor had collapsed and whatever had been in those rooms had been ruined, including the classrooms, according to collive.com.

Firefighters estimated the blaze began around 2 a.m. and police are investigating how it began, noting it was unusual that a fire in a residential area could burn for six hours undetected.

The building, which had been renovated over the summer to be used for Rosh Hashana, will likely have to be torn down and rebuilt. A fundraiser set up by the community has reached $100,000 of its $500,000 goal as of Sunday.

Rabbi Mendel Weinfeld said that the Torah scrolls had been saved, after community members on the scene urged firefighters to rescue the holy objects. A firefighter went back into the building to rescue two sifrei Torah and a drawer full of tefillin.

“These are the true heroes, the ones who risk their lives every day for us,” Jacob Cohen, a community member who rushed to the scene when he heard there were firetrucks on the property, told Crownheights.info.