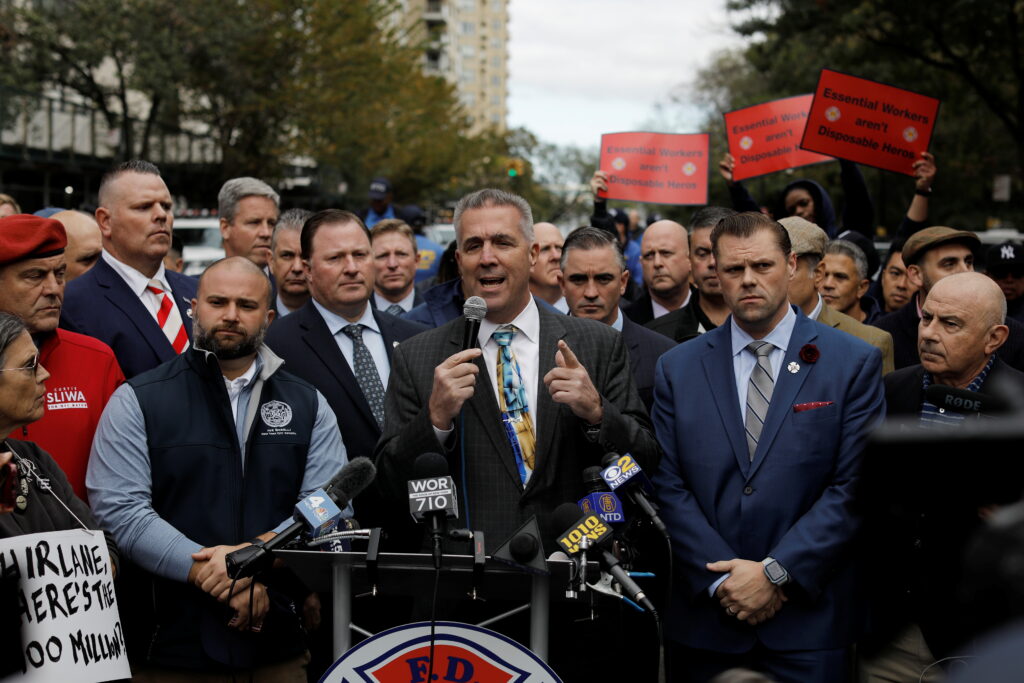 Kansas will soon make it easy for workers to claim religious exemptions from COVID-19 vaccine requirements and promise unemployment benefits to people who are fired after refusing the shots, joining other states in resisting federal mandates from President Joe Biden.

But Gov. Laura Kelly angered some fellow Democrats in the Republican-controlled Legislature by promising to sign a measure pushed to passage late Monday night by GOP lawmakers. Meanwhile, Republicans frustrated the Kansas Chamber of Commerce, normally influential within the GOP, by embracing proposals that the business group opposed.

The bill would require employers to grant a religious exemption to COVID-19 vaccine mandates for any worker who seeks one in writing, without second-guessing that employee. Republican leaders initially were divided over whether it was necessary to also promise fired workers unemployment benefits, but House leaders who’d resisted came around during negotiations with the Senate.

Lawmakers debated the measure with new COVID-19 cases on the rise. Kansas averaged 1,201 new cases, 26 additional hospitalizations and four additional deaths a day for the seven days ending Monday, according to state health department data. The federal government reported that 54.3% of its population was fully vaccinated, compared with the national figure of 59.2%.
Kansas also had its special legislative session as Republican governors, state attorneys general and lawmakers pursued ways to resist the Biden mandates. Iowa enacted a law last month extending unemployment benefits to workers who refuse to get vaccinated, and provisions in the Kansas legislation were inspired by measures enacted last week in Florida.

One question is whether such state laws can be enforced because federal law is supreme. Supporters argued that the Kansas measure would stand because it wouldn’t conflict with Biden’s mandates, which allow for religious exemptions. But some business owners and the Kansas Chamber were skeptical. They worried that businesses would be caught between conflicting state and federal mandates.