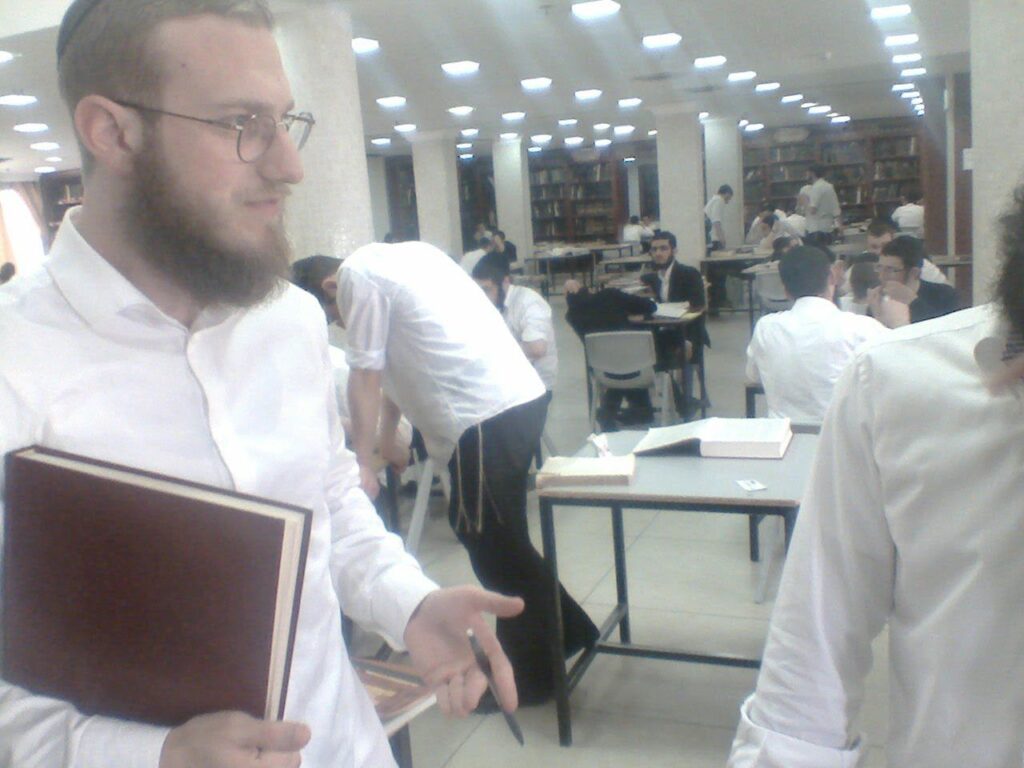 The levayah of Eliyahu David Kay, Hy”d, is set to be held Monday in Yerushalayim. The levayah will be 11:00 a.m. at the Har Hamenuchos cemetery.

Kay, 26, was murdered by a Hamas terrorist in the Old City of Yerushalayim on Sunday morning. He was engaged to be married in a few months and had learned in the Chabad yeshivah in Kiryat Gat. He worked as a tour guide in the Kosel tunnels, and was on way to daven Shacharis at the Kosel plaza, as he did daily.

He was the son of, lhbch”l, Avi and Devorah Kay, members of the Chabad community in Johannesburg, South Africa.

The Kosel Heritage Foundation and the Rabbi of the Kosel, Rabbi Shmuel Rabinowitz, released a statement, in which they said that they “are deeply pained by the despicable murder this morning of Eliyahu Kay, Hy”d, while on his way to his job at the Western Wall.

“Eliyahu Kay, z”l, a new immigrant from South Africa, worked as a guide at the Western Wall Plaza, warmly greeting everyone he met, doing his sacred work.

“We share in the deep sorrow of his family and friends.

“May his memory be a blessing.”

Rabbi Aharon Yehudah Emergreen, 26 and married, was seriously injured in the terror attack and is still in a life-threatening condition. Readers are asked to daven for the refuah sheleimah of Aharon Yehudah ben Tovah.

Rabbi Ze’ev Katzenelbogen, 46-year-old father of eight who lives in the Jewish Quarter of the Old City, was wounded and was initially defined as in moderate condition, but after his hospitalization, his condition improved and he is now defined as being lightly wounded.

The two Border Police troops who were lightly injured in the attack were released from the hospital later in the day after receiving treatment.

Sunday’s attack occurred four days after an Arab terrorist stabbed two Border Police troops near the Ateret Kohanim yeshivah in the Old City, wounding one of them moderately and the other lightly. The terrorist in that incident was also shot dead.

Meanwhile, police are boosting their forces in the city in fear of further attacks. While Yerushalayim has experienced stabbing and vehicular terror attacks in recent months, a shooting attack is extremely severe.

Kay is the first terror victim in seven months, and is the first Israeli to be murdered in a terror attack in Yerushalayim in two and a half years.

Police carried out searches in the Shuafat refugee camp in Yerushalayim, where the terrorist behind the attack came from.

Fadi Abu Shkhaydam, a 12-year old teacher and a member of the Hamas organizations political wing, arrived in the Old City street leading up to the Kosel carrying a Carl Gustav machine gun and a knife, shortly after 9 am.

He opened fire at civilians and police forces killing a yet unidentified man in his 30’s, wounded two other civilians and two members of the police Border Patrol unit.

He was shot dead by police troops.

According to reports troops who searched the assailant’s home did not find any computers or electronic devices on the premises.

The Hamas terror group said the man was a high-ranking member of their organization in Yerushalayim and praised his actions in a statement released soon after the shooting.

Hamas activists handed out candy to passers by in Rafah in the southern Gaza Strip to celebrate the attack.