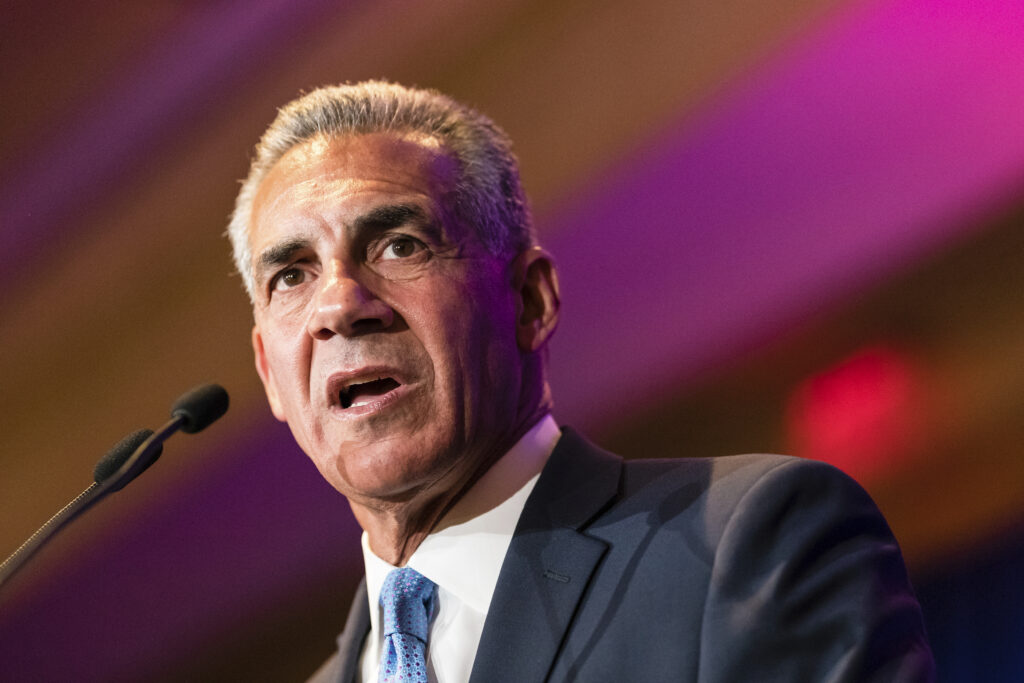 New Jersey Republican Jack Ciattarelli said Friday he conceded the race for governor to Democratic incumbent Phil Murphy, more than a week after election day, but he added that he plans to run again in four years.

Murphy became the first Democratic governor in 44 years to win reelection, but the margin with Ciattarelli, a former Assembly member, was just about 3 points — much closer than public polls indicated the contest would be in a state where Democrats have 1 million more registered voters.

“I called Gov. Murphy earlier today and congratulated him on his reelection and wished him well,” Ciattarelli said during a news conference packed with supporters in his home town of Raritan, where he said his grandparents from Italy immigrated 100 years ago.

Ciattarelli steered clear of criticizing the election results, which showed him with a lead after polls closed Nov. 2 that evaporated as officials counted mail-in ballots that trended heavily Democratic. He had said no matter the outcome, he was confident the election would be fair.

When Ciattarelli was asked Friday what his future plans were, he recalled what happened four years ago, after he also ran unsuccessfully for governor.

Back then, he said, he was asked the same question and responded that he would run in 2021, defying advice from a political consultant to form an exploratory committee before announcing his intentions.

“Why not just tell people what you’re going to do?” he said.

Then, asked whether he would run again in 2025, he responded: “That’s exactly my plan.”

Lowering the state’s property taxes — among the highest in the country at an average of more than $9,000 a year — and reducing the size of state government will be top priorities, he said.

Murphy won reelection after delivering on a number of progressive policies, including higher taxes on the rich, raising the minimum wage and signing legislation requiring paid sick leave.

That narrow victory has so far not altered Murphy’s plans for a similarly left-leaning second term. But the governor will confront smaller majorities in the Legislature, as well as the defeat of Senate President Steve Sweeney, whom Democrats said Friday they will replace with Sen. Nicholas Scutari in the new term.

“Over the next four years, we will govern as we have since day one — committed to building a stronger and fairer New Jersey from the middle out and the bottom up,” Murphy said in a statement Friday acknowledging Ciattarelli’s concession.

“I thank the Assemblyman, his wife Melinda, and his family for a spirited campaign and their commitment to public service,” Murphy said.

The Associated Press declared Murphy the winner the day after Election Day, when a new batch of votes from Republican-leaning Monmouth County increased Murphy’s lead and closed the door to a Ciattarelli comeback.