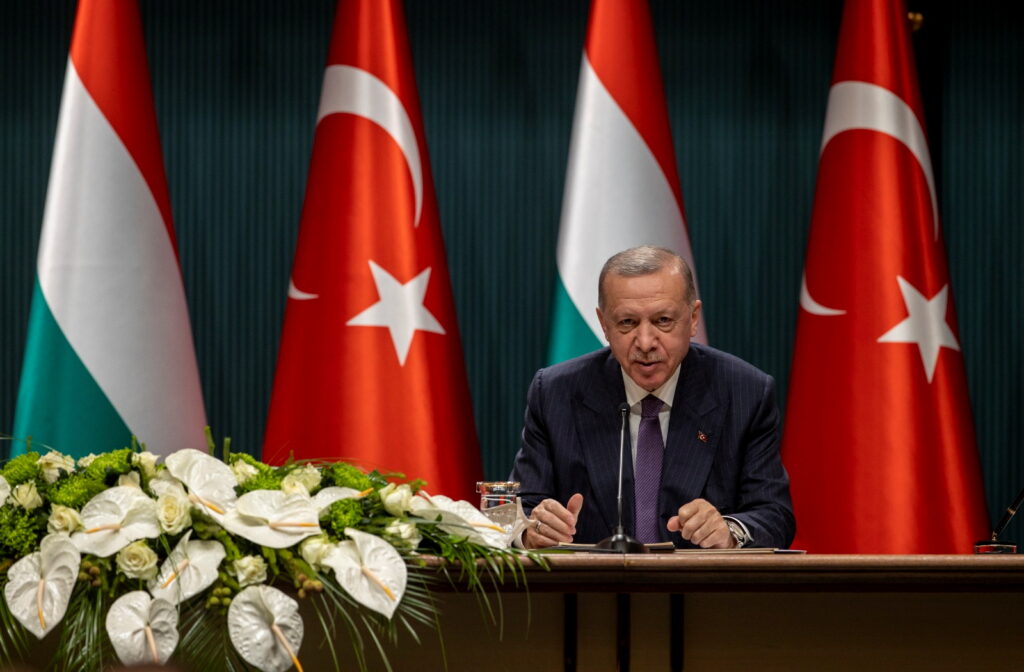 A Turkish court has indefinitely extended the remand of Natali and Mordy Oaknin, the Israelis accused of spying after taking a photo of Turkish President Recep Tayyip Erdogan’s palace, even after Israel denied they have any connection to official agencies.

Police had recommended deporting them, notifying Israel of its plans, but then the prosecution asked that the couple, as well as a Turkish citizen who was with them, face charges of “political or military espionage,” according to Turkish media.

Prime Minister Naftali Bennett has gotten directly involved in the matter, but is trying to keep a low profile in order not to turn it into a crisis, a senior diplomatic source said.

The move toward spying charges against the Oaknins sparked widespread speculation that Erdogan’s government could be using their case for political reasons, and could further deteriorate the poor state of relations between Jerusalem and Ankara that has lasted for over a decade.

Israel’s embassy in Ankara and consulate-general in Istanbul have been working in recent days to try to secure the Oaknins’ release, asking the Turkish authorities to allow an urgent visit.

Both emphasized in their messages that the couple “does not work for any Israeli agency,” and the president said he is “convinced of their innocence.”

Herzog tried to encourage the family and said he is working with the Foreign Ministry as much as possible to bring them back.

Opposition leader Binyamin Netanyahu also spoke with the family, at their request, his spokesperson said. He told them that he will do all he can to help bring the couple home, in full coordination with the government.

The Oaknins took the photo of Erdogan’s palace while in the Camilca Tower, a media tower that opened earlier this year and is the tallest in Europe. A waitress heard them talking about it and reported them to the police.

The couple, residents of Modi’in who work as bus drivers for Egged, was arrested earlier this week. The court ruled on Saturday that they are to remain in jail until their trial, which will not be for at least 20 days to allow the prosecution to prepare its case.

The Oaknins were arrested about a month after Turkey arrested 15 alleged Mossad agents, whose photos Turkish media revealed. Israeli sources denied the charges.

Earlier this year, however, Herzog and Erdogan spoke on the phone for 40 minutes, the first call between the Turkish president and an Israeli official since 2017. The leaders emphasized the importance of Israel-Turkey relations to security and stability in the region, as well as continued trade, according to an Israeli readout of the call.