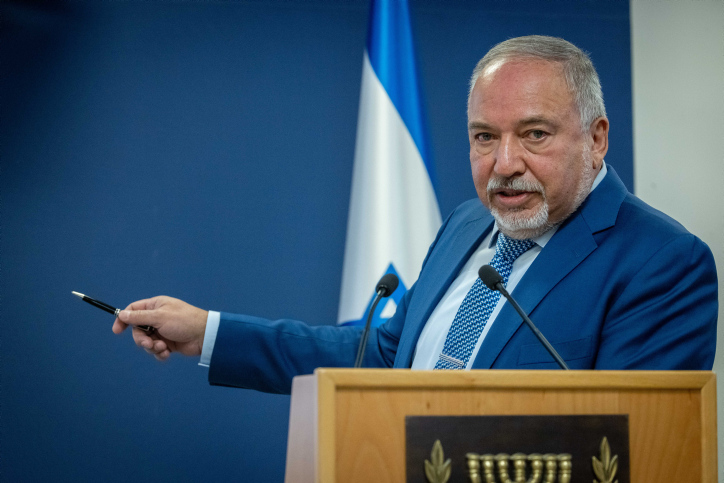 Israel boldly entered a new era of environmental consciousness on Monday, shrinking its carbon footprint, even though it means stepping on the feet of some of its citizens.

A tax on disposable plasticware went into effect on Monday, proving to the world that Israel is as serious about its pollution problem as the big countries, like the U.S. and France, if not Russia and China.

When Avigdor Liberman was appointed Finance Minister, he promised not to raise taxes.

And then, in the hoary tradition of politicians making promises, he decided to raise them. A whole slew of them.

In all, there are 11 new taxes in the budget: additional taxes on sugary drinks, a “congestion tax” on cars in the center of the country, an increase in residence purchase tax for investors, on pension savings, electricity, and more. (The 30 billion shekels allocated to the Arab sector — in effect a tax for the purpose of funding stability in a coalition that would otherwise fly apart — is for some reason not listed as a tax.)

These are indirect taxes; not on income but on commodities and activities whereby people will be forced to pay, regardless of their means.

Such edicts are part of a global trend in taxation, directed not at raising state revenue for such necessities as security, health services or education. Rather, they are a form of financial coercion intended to change the way people live, ways which do not conform to the worldview of certain elites.

In the case of Israel, as elsewhere, saving the world from the climate catastrophe that (some, not all) scientists claim is virtually upon us has soared to the top of the national agenda with the arrival of the Bennett-Lapid coalition. (As this goes to press, Prime Minister Naftali Bennett is in Glasgow participating in the U.N. climate conference with a 130-person Israeli delegation, including security, reporters, NGOs, academics and businesspeople.)

Accordingly, disposable products — plastic cups, plates, bowls, cutlery and straws — are on Liberman’s hit list, which is expected to result in approximately doubling the price for some items.

The Finance and Environment Ministries like to quote such facts as “Israelis spend NIS 2 billion annually on plasticware, nearly five times per capita of European Union residents.”

Given that EU residents unquestionably set the standard for civilized behavior, Israeli plastic use must be nothing short of barbaric. The new tax promises to reduce consumption of these environmentally hostile products by about 40%.

Thus, we have Environmental Protection Minister Tamar Zandberg of Meretz lecturing the citizenry on the evils of plastic: “Like cigarettes and alcohol, disposable plastic is an addiction.” (Ah, a future health minister…)

“We are drowning in disposable plastic,” says Zandberg, “and we all see its problematic effect on the cleanliness of the land and our quality of life … its production is based on polluting fuels.”

It is well known that the chareidi community in Israel is by far the biggest consumer of disposable plastics relative to the general population. So they will be hit the hardest by this tax, a consequence not unforeseen by Liberman and Zandberg.

Among the most incisive arguments against this tax came from, of all places, Haaretz. Columnist Haim Levinson wrote scathingly of the greener-than-thou crowd:

“It’s so easy to start making ‘green’ changes in someone else. For example, I could suggest imposing a tax on the disposable coffee cups people use in Tel Aviv — five shekels a cup.

“Why not? They’re not wasteful? They’re not disposable? So, okay, they’re made from paper, they’re biodegradable, but they still aren’t really necessary and they contribute to huge amounts of garbage — and then there’s the energy used to manufacture and recycle them. But all these ‘green’ people sitting and drinking their one or two cups of coffee a day from paper cups feel so ‘enlightened’ in comparison to the chareidim!”

Levinson goes on to point out that the chareidi “lifestyle” is much greener than people think:

“Chareidim are mainly urban, not rural, but their use of private vehicles is practically nil. Their families hand down clothes from one child to the next until the clothing is totally worn out. They don’t purchase luxury or superfluous goods, they don’t fly abroad and hardly take vacations, they live in small, cramped apartments, and they use economy-size packages of food items. For one day every week and on five religious festivals a year they don’t use public transportation at all, and they don’t use superfluous electronic items. So, aside from the issue of disposables, they really are a perfect ‘green’ society.”

Levinson also asserts that the tax will have a minimal effect on pollution.

It’s a reasonable perspective. But of course it did nothing to deter the government from this egregious abuse of the taxing power. Because the purpose of it is not to rid the land of harmful waste, but to cure chareidim of their “addiction.” Or at least to cause them as much financial loss and discomfort as possible.

To be sure, we are not in favor of polluting and destroying the environment. Eretz Yisrael, its air, its rivers and the Mediterranean Sea, are gifts from the Borei Olam, a sacred trust, which should not be desecrated by the heedless dumping of waste. As such, there is certainly room for measures to protect the environment.