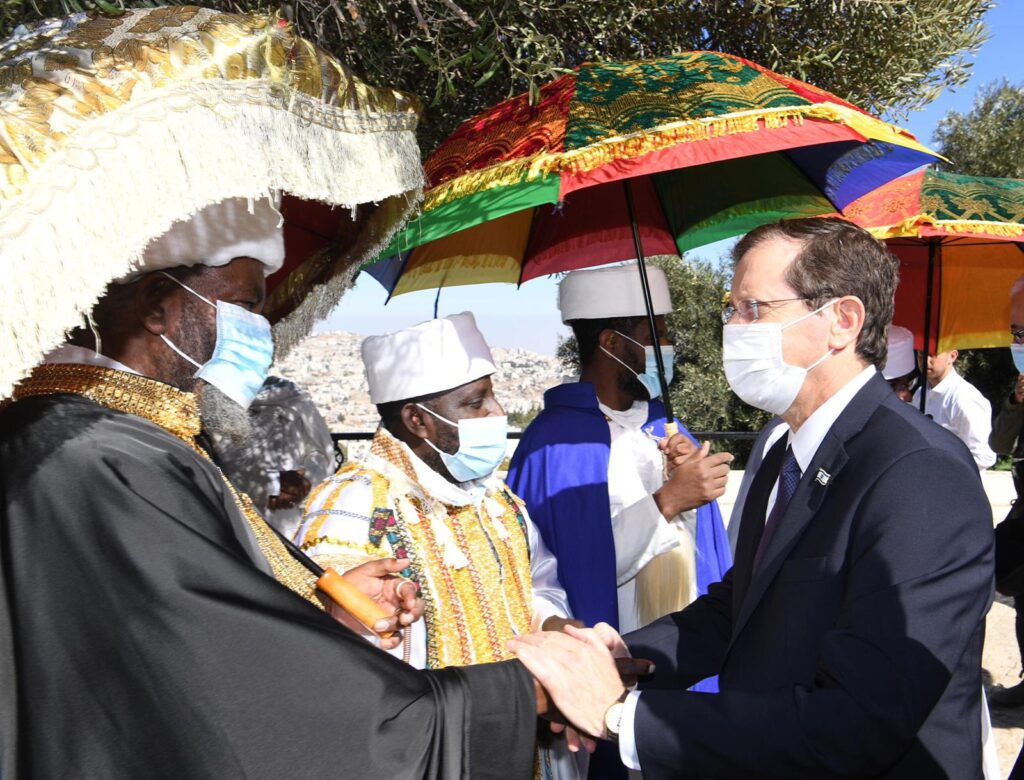 Amid the outbreak of civil war in Ethiopia, President Isaac Herzog has called on the government to expedite the emigration of Ethiopians who have been waiting for permission to come to Israel.

Speaking at an annual Sigd religious ceremony in Yerushalayim on Thursday, Herzog said:

“Thousands are still waiting to make aliyah to Israel, and some of them are threatened and in a worrying situation. We must continue to act bring them over to Israel quickly.”

Ethiopia declared a state of emergency earlier this week as the civil war that has killed thousands of people and displaced millions since November 2020 threatened to spread to the capital Addis Ababa.

Meanwhile, The Israeli Foreign Ministry issued a warning on Thursday against travel to Ethiopia due to turmoil in the country that could result in disruptions to travel links and communications.

There are an estimated 7,000 to 12,000 Ethiopians waiting for permission to enter Israel, many of whom live in the Tigray region, the heart of the conflict.

Sigd, which is marked 50 days after Yom Kippur, was designated a national holiday by the Knesset in 2008, and is celebrated on the Hebrew date of the 29th of Heshvan.

The two holidays are linked in the Ethiopian Jewish tradition: while Yom Kippur focuses on personal introspection and self-correction, Sigd focuses on collective atonement.

It also celebrates the return from exile to Yerushalayim.

Sigd, like Yom Kippur, involves special prayers and fasting — in order to make the people worthy of return to the holy city.