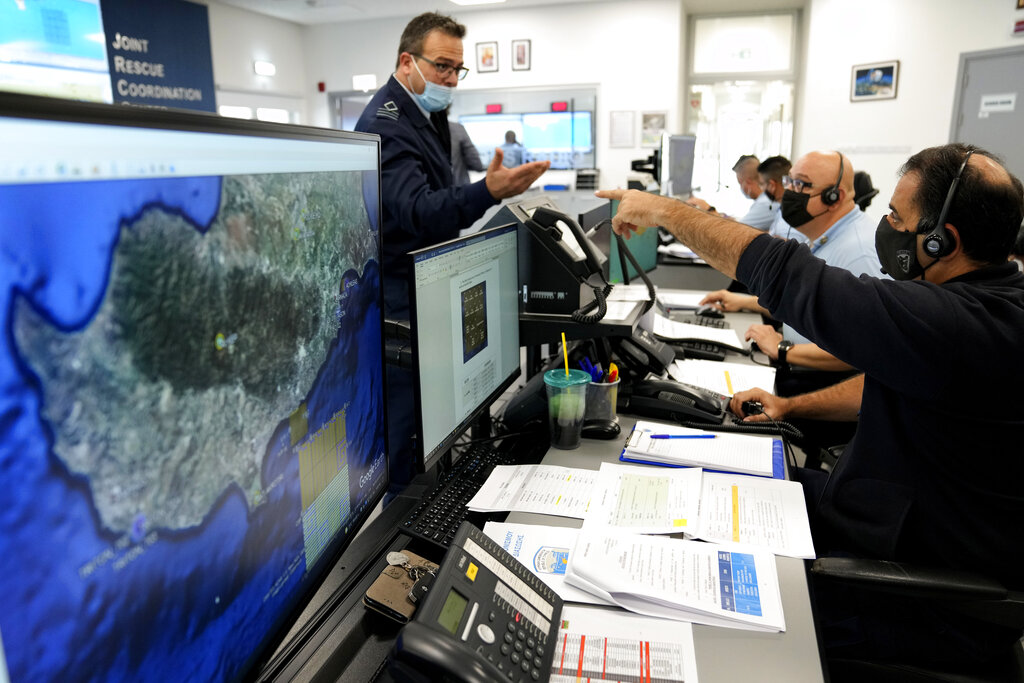 Ships and aircraft from eight nations including Israel took part on Wednesday in annual drills to boost safety and security procedures on vessels and oil rigs off Cyprus’ southern coastline amid ongoing tensions with neighboring Turkey over competing claims to hydrocarbon reserves.

The “Nemesis” exercise involves search and rescue, medical evacuation and anti-pollution operations with one fictional scenario tasking Cypriot forces with liberating an oil rig and support ship that fell into the hands of terrorists.

The exercise, in which the U.S., France, Italy, Britain, Israel and Egypt are taking part, was carried out in waters where the Cyprus government has licensed a consortium made up of energy companies Total of France and Eni of Italy to drill for oil and gas. The consortium plans to resume drilling in the first half of next year. ExxonMobil and Chevron also hold licenses to drill off the east Mediterranean island nation.

“We recognize that the utilization of our exclusive economic zone comes not only with benefits but also with responsibilities and I would like to assure you that the Republic of Cyprus is committed to adhering to them,” Cypriot Defense Minister Charalambos Petrides said before the start of the exercise.

The drills were as much an affirmation of Cyprus’ sovereign rights with foreign support as much as they were intended to hone its forces’ skills as tensions with Turkey and the breakaway Turkish Cypriots over discovered and potential gas deposits continue to simmer.

Turkey says that those areas where the exercise took place lie inside waters that Turkish Cypriots claim as their own and have licensed the Turkish Petroleum Company (TPAO) to conduct its own hydrocarbon search.

Cyprus was ethnically split in 1974 when Turkey invaded following a coup aiming at union with Greece. Only Turkey recognizes a Turkish Cypriot declaration of independence and regards the internationally-recognized government in the island’s Greek Cypriot south as illegitimate.

Turkish Foreign Minister Mevlut Cavusoglu repeated last week that no one would be permitted to “usurp our rights” and those of Turkish Cypriots to offshore gas deposits in the eastern Mediterranean.

In February 2018, Turkish naval vessels prevented an Eni-leased drill ship from carrying out exploratory drilling in an area that Cyprus licensed out to the Italian firm, but is also claimed by Turkish Cypriots.