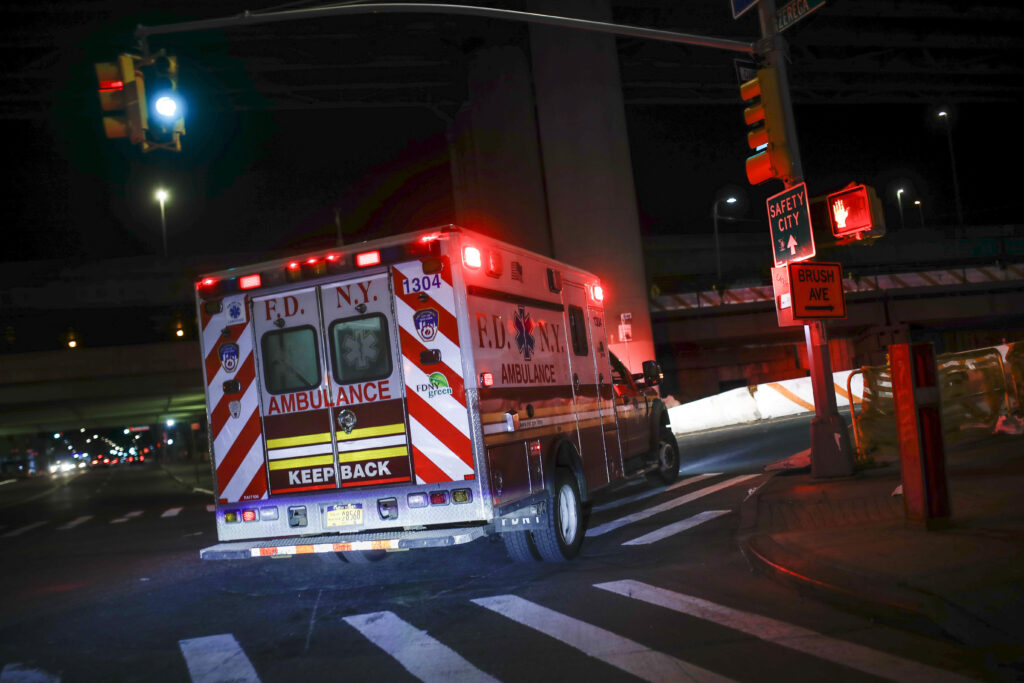 The FDNY has warned that as many as 20% of ambulances could be out of commission due to first responders going on unpaid leave or quitting rather than get the coronavirus vaccine. On Saturday, the city experienced an unexpected problem among the EMT workers who did relent and got the shot: they were too sick with side effects to come in.

Enough city medical technicians and paramedics called in sick after their first coronavirus shot that the city was down 40 ambulances. A majority of the ambulances were from the Bronx.

Unvaccinated first responders have until Monday to get vaccinated, or will be placed on unpaid leave. As of Friday, 81% of EMS employees have at least one shot.

According to Staten Island’s Representative Nicole Malliotakis, 26 fire stations were closed because firefighters who were unvaccinated were unavailable, a claim the FDNY denied. The FDNY did concede that several fire stations were operating but short staffed.

Many firefighter and emergency service unions oppose the vaccine mandate, saying the vaccine should be a matter of personal choice.