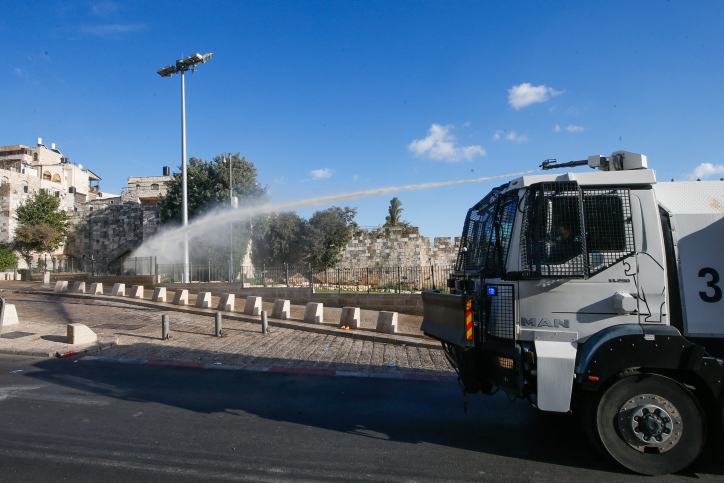 Prime Minister Naftali Bennett instructed Internal Security Minister Omer Bar-Lev on Wednesday “to deepen the fight against crime in the Arab sector in the south of the country,” and accordingly, two reserve Border Police battalions will be recruited to assist in the matter.

These reserve companies will be stationed in the Yerushalayim area, and two regular companies will be moved from this sector to the south of the country, to transfer skilled forces that will help fight crime in the area.

Further reinforcement and additional measures will be examined according to the assessment of the situation, the Prime Minister’s Office stated Wednesday.

The Arab sector across the country has been suffering from a wave of violence, with 102 murder victims counted since the beginning of 2021.

In the south specifically, police have been contending with Bedouin crime families and organizations.

The State Comptroller released a report in August warning that the Negev is plagued by the lack of enforcement, invasions of IDF training grounds, crime on the roads, collection of “protection” money, water and electricity theft, vandalism, damage to government infrastructure, poor education and environmental damage and health hazards.

The report indicates that national utility corporations contend with hundreds of incidents of sabotage and theft in the Negev each year. Apart from the direct damages amounting to hundreds of millions of shekels in stolen water and electricity, and the loss of tax income had these commodities been used by law-abiding customers, the utility companies are forced to invest heavily in security.

The government has been working on various programs to contend with this problem.