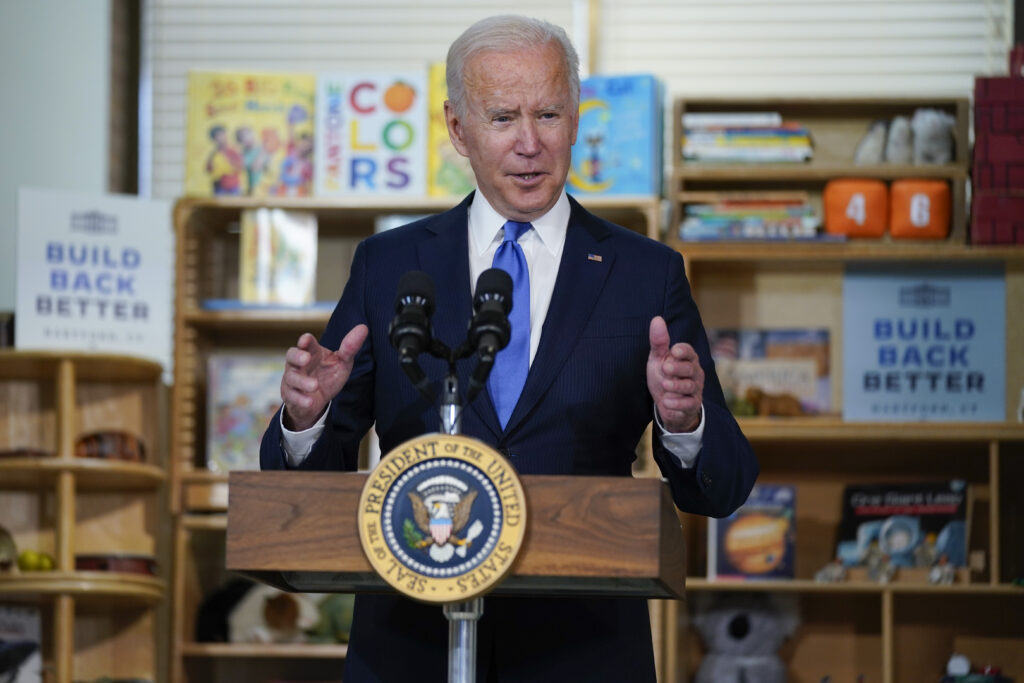 President Joe Biden is entering a crucial two weeks for his ambitious agenda, racing to conclude contentious congressional negotiations ahead of both domestic deadlines and a chance to showcase his administration’s accomplishments on a global stage.

Biden and his fellow Democrats are struggling to bridge intraparty divides by month’s end to pass a bipartisan infrastructure bill and a larger social services package. The President hopes to nail down both before Air Force One lifts off for Europe on Oct. 28 for a pair of world leader summits, including the most ambitious climate change meeting in years.

But that goal has been jeopardized by fractures among Democrats, imperiling the fate of promised sweeping new efforts to grapple with climate change. There’s also rising anxiety within the party about a bellwether gubernatorial contest in Virginia and looming Senate fights over the federal debt limit and government funding that could distract from getting the President’s agenda across the finish line.

Biden is trying to stabilize his presidency after a difficult stretch marked by the tumultuous end of the Afghanistan war, a diplomatic spat with a longtime ally and a surge in COVID-19 cases that rattled the nation’s economic recovery and sent his poll numbers tumbling.

His team has continued its strategy — one that served it well during the campaign and earlier this year — of blocking out the outside noise to stay focused on a singular mission, this time to pass the two-part package that will give Democrats a platform on which to run in next year’s midterm elections.

“These bills, in my view, are literally about competitiveness versus complacency, about opportunity versus decay, and about leading the world or continuing to let the world move by us,” Biden said Friday while pushing the legislation in Connecticut.

Yet beneath the White House’s pleas for patience — reminding people that hard things take time — is a bubbling sense of urgency that a deal needs to be struck rapidly.

For the White House, there are the explicit target dates, including an end-of-month deadline on transportation funding and Biden’s upcoming foreign trip. But there are also more abstract imperatives: proving Democrats can deliver on their promises to voters and protecting Biden’s waning political capital.

With new urgency, the administration has sent signals to Capitol Hill in recent days that it is time to wrap up negotiations, that a deal needs to be reached, according to two White House officials who spoke on condition of anonymity because they were not authorized to publicly discuss private conversations. Biden himself has expressed impatience and will be increasing his own personal outreach this week to push lawmakers to find a compromise and bring the bills to a vote, the officials said.

West Wing officials are still optimistic that an agreement will ultimately be struck, but there are also fears that the messy, drawn-out negotiation has clouded the tangible benefits of what Biden aims to deliver to voters.

Even Democratic leaders are divided on the best way to shrink the overall price tag of the package in order to win over more votes. Biden said Friday he prefers including all of the wish-list proposals, but trimming down the length of the programs to cut costs. His thinking is that a future Congress can vote later to extend programs that the American people will find popular.

But days earlier, House Speaker Nancy Pelosi suggested the opposite tack — approving a narrower set of programs to last for a longer time period.

Some Democrats have pushed for passing the bipartisan infrastructure deal by Oct. 31 even if the larger social services package is not settled, a move many progressives dislike because they could lose leverage for the latter bill.