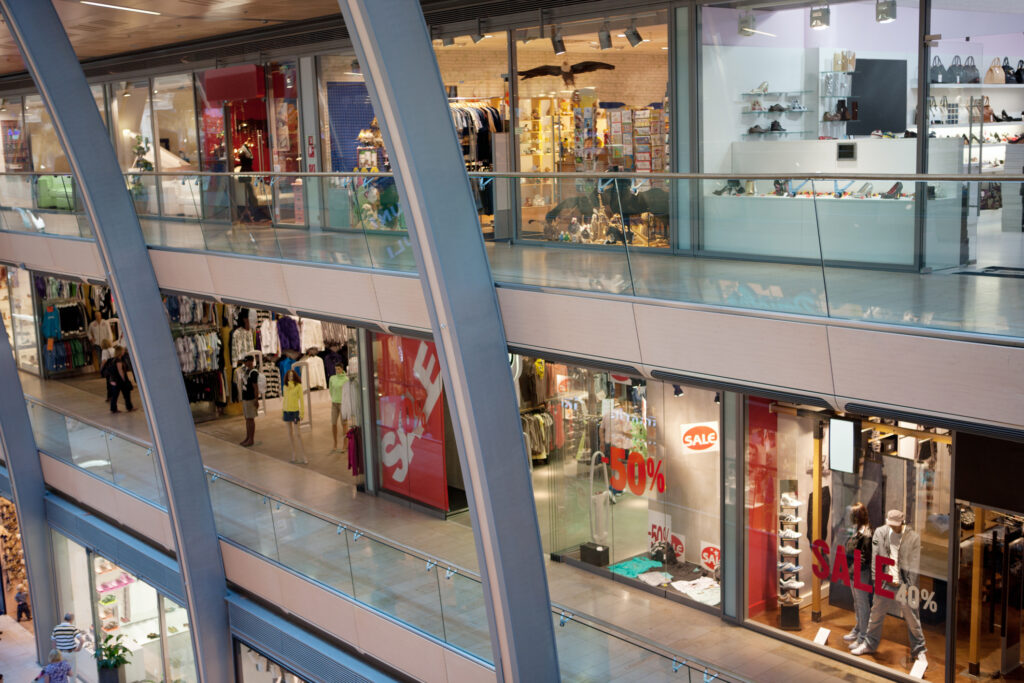 Americans continued to spend at a solid clip in September even while facing sticker shock in grocery aisles, car lots and restaurants as snarled global supply chains slow the flow of goods.

Retail sales rose a seasonally adjusted 0.7% in September from the month before, the U.S. Commerce Department said Friday.

That was a stronger showing than expected, yet there are lingering concerns as to how resilient shoppers will be if prices continue to head north and shortages lead to frustration heading into the crucial year-end shopping season.

Consumer spending drives about 70% of all U.S. economic activity and a full recovery from a pandemic-induced recession will require their participation.

There is no evidence that Americans are pulling back, however, and the spending last month was heavy everywhere, from clothing and sporting-goods stores to car lots. A solid showing from department stores and clothing retailers signals that instead, they’ve been gearing up for a return to schools and offices.

Some of the increased spending is being caused by rising prices. The U.S. reported this week that the prices consumers pay rose 0.4% in September, and they’re up 5.4% over the past 12 months, matching the fastest pace since 2008. Gasoline, furniture, cars and trips to the grocery store or restaurant have all grown more expensive.

“American consumers still have plenty left in the tank despite some tough-to-find and pricier items,” wrote Sal Guatieri, senior economist and director at BMO Capital Markets, in a report published Friday.

Guatieri was particularly surprised by the willingness of Americans to continue buying cars with dealerships running short on supply and manufacturers shutting down factories due to a lack of essential computer chips. Yet there was a 0.6% increase in sales at auto dealers, after a plunge last month.

While the spending increases have been broad, the delta variant had has an influence on where Americans are spending money, with more dollars devoted to buying things, rather than plane tickets or dinners out.

The monthly retail report covers only about a third of overall consumer spending, however, and doesn’t include services such as haircuts, hotel stays and plane tickets. But there has been evidence of slowed spending in some of these areas.

Airlines have begun to report declining ticket sales, and they blame the spread of the delta variant.

“A lot of gains continue to come from a diversion of spend from services to spending on products,” said Neil Saunders, managing director at GlobalData Retail. “Consumers continue to travel, commute and vacation less than they did pre-pandemic, and the expenditure that would normally be made on these activities has found a new home in retail.”

Economists have forecast a 7% increase in sales during the year-end shopping season, but the pandemic had made predictions more difficult. Steady sales that have been witnessed in clothing, tech or other goods, is not assured due to worker shortages and festering supply chain issues.

The global supply chain is so scrambled, many producers are leaving a bulk of their goods in China as they wait for shipping costs to retreat.

And hiring has slowed in the past two months even as employers post a near-record number of open jobs. About three million people who lost jobs and stopped looking for work since the pandemic have yet to resume job searches, according to recent economic data.

“The main concern now is that supply-chain disruptions and microchip shortages appear to be spreading, limiting selection and tamping down goods demand, “wrote Guatieri. “Meantime, services demand is getting held back by labour shortages, notably in restaurants. Demand isn’t the problem, supply is. “

President Joe Biden told Americans this week that his administration is confident that inflation is under control and announced a deal to expand operations at the Port of Los Angeles to help address supply issues.

The will to spend on those goods is there, as evidenced in September, but it was also the weakest sales growth since March, Saunders said. Momentum will not continue indefinitely, he said, rather it will continue to trend down until it reaches more normalized levels, he said.

“There might be some variation during the final months of the year if consumers decide to go on a big spending spree [during the year-end shopping season] but this will be the exception rather than the rule, ” he added.

Small businesses and national chains well aware of strangled supply lines are trying to get people in stores now through the use of early promotions in hopes of avoiding missed shipping deadlines during the year-end shopping season.

Target usually begins a price-matching program at the start of November to win over customers. The offer this year is already in full force.