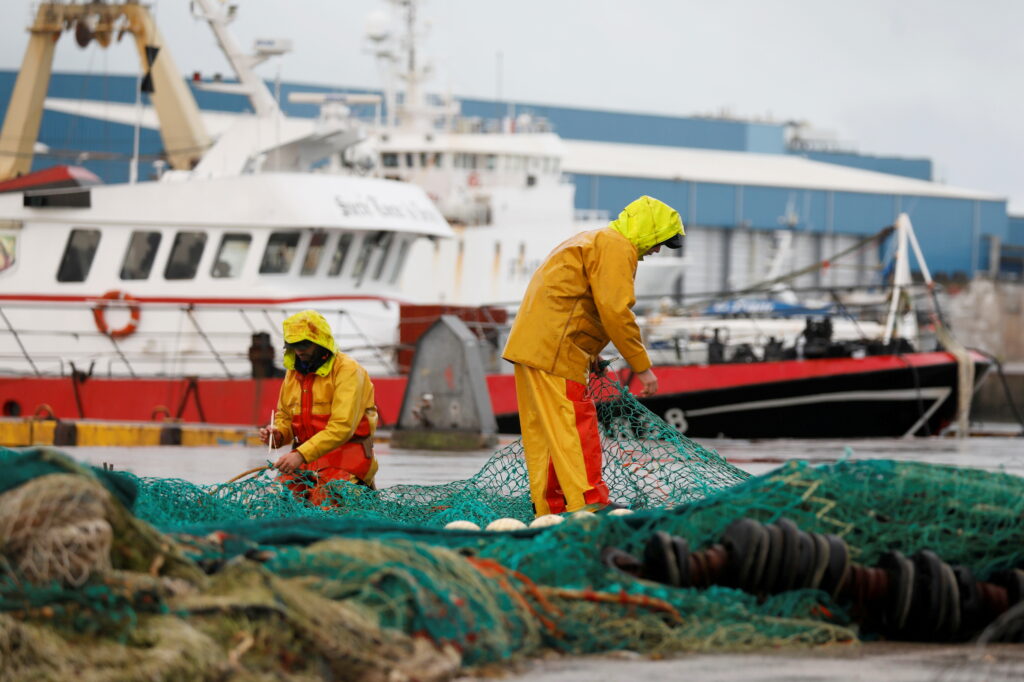 It was late December last year when the European Union and Britain finally clinched a Brexit trade deal after years of wrangling, threats and missed deadlines.

There was hope that now-separated Britain and the 27-nation bloc would sail their relationship toward calmer waters.

Don’t even think about it.

Such was the bile and bad blood stirred up by the diplomatic brinkmanship and bitter divorce that, two months from the end of another year, insults of treachery and duplicitousness are flying again.

“It was written in the stars from the start,” sighed Professor Hendrik Vos of Ghent University. “There were a lot of loose ends. Several issues that would invariably lead to problems, like fisheries and trade in Northern Ireland.”

It was the economically minute but symbolically charged subject of fish that held up a trade deal to the last minute. And fishing is also providing a wedge of division now.

This week France was rallying its EU partners for a joint stance and action if necessary if London wouldn’t grant more licenses for small French fishing boats to roam close to the U.K. crown dependencies of Jersey and Guernsey that hug France’s Normandy coast.

“We see in the clearest way possible that Great Britain does not respect its own signature,” he said, adding that “all we want is that a given word is respected.”

Across the English Channel, Brexit supporters in British politics and the media often depict a conniving EU, deeply hurt by the U.K.’s decision to leave, and doing its utmost to make Brexit less than a success by throwing up bureaucratic impediments.

That means customs and border checks must be conducted on some goods going to Northern Ireland from the rest of the U.K., despite the fact they are part of the same country.

The regulations are intended to prevent goods from Britain entering the EU’s tariff-free single market while keeping an open border on the island of Ireland — a key pillar of Northern Ireland’s peace process.

The U.K. government soon complained the arrangements weren’t working. It said the rules and restrictions impose burdensome red tape on businesses. Never short of a belligerent metaphor, 2021 has already brought a “sausage war,” with Britain asking the EU to drop a ban on processed British meat products such as sausages entering Northern Ireland.