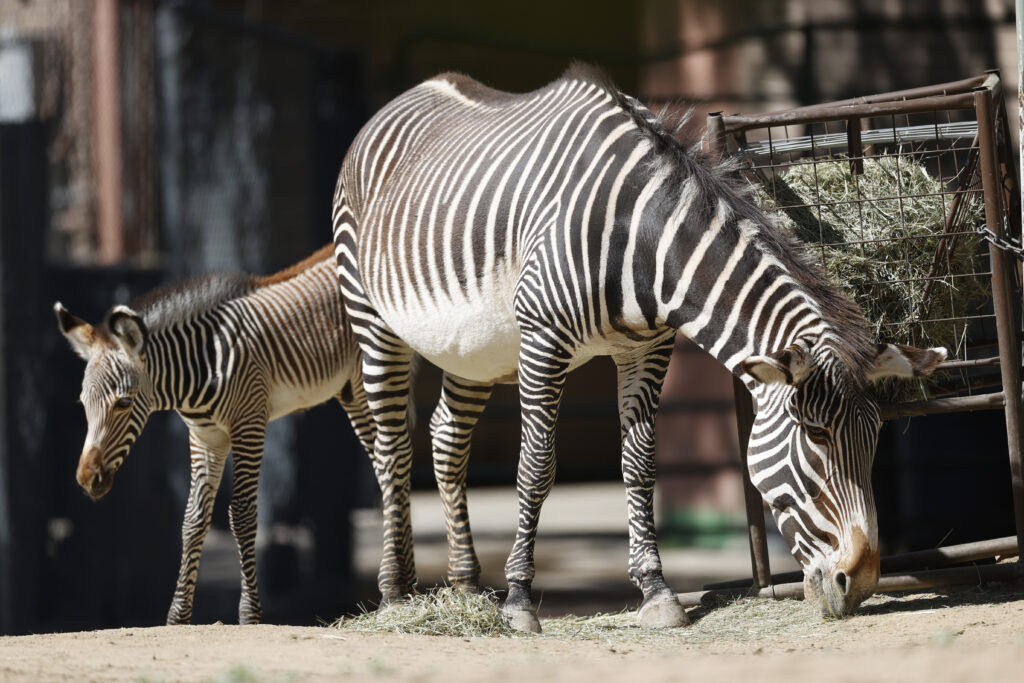 Two zebras that escaped from a suburban Chicago pumpkin farm had travelers on a state highway doing double takes as the exotic animals hit the road during their brief taste of freedom.

The young male and female zebras escaped Sunday from a pen inside an indoor zoo at Goebbert’s Pumpkin Patch and Apple Orchard in Pingree Grove. They crossed Route 47 several times and wandered through farm fields in the northwest Chicago suburb.

Illinois State Police were called due to the ensuing chase being near Interstate 90, The Daily Herald reported. Other police agencies also joined the pursuit of the striped escapees.

A passenger in a car filmed the animals running into a field and posted the video online. “They look like zebras. They got stripes. They are!” the driver exclaims in the video.

Kane County Undersheriff Pat Gengler said police blocked traffic several times in the area, worried that cars would strike the zebras or gawking motorists would get in accidents.

After about two hours, workers with the pumpkin patch and the zoo tracked down the animals on all-terrain vehicles and captured both of them. The zebras, which are supplied to the pumpkin patch by another business, were not injured during the pursuit.

“It was pretty exciting for a while. It was all hands on deck,” said Jacob Goebbert, a farm employee.