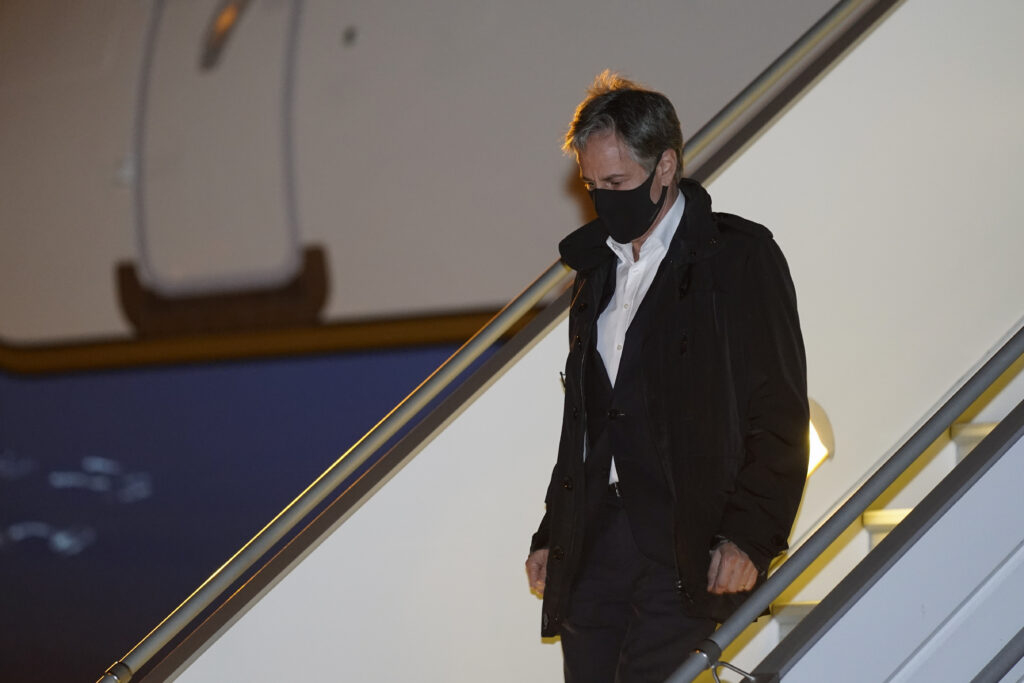 U.S. Secretary of State Antony Blinken is in Paris as the Biden administration seeks to repair damage to relations caused by excluding America’s oldest ally from a new Indo-Pacific security initiative.

Blinken is meeting with French Foreign Minister Jean-Yves Le Drian and President Emmanuel Macron’s national security adviser on Tuesday to try to restore trust between the countries, particularly as it relates to countering growing challenges from China.

The Biden administration has acknowledged that last month’s announcement of a three-way Indo-Pacific agreement between Australia, Britain and the U.S. known as AUKUS was handled poorly. But it has also signaled a desire to make amends even while suggesting France’s rage is an overreaction.

France responded with fury to the announcement that also scuttled a multibillion-dollar submarine contract it had with Australia, and briefly recalled its ambassadors to Washington and Canberra in an unprecedented display of pique.

French officials called it a stab in the back by allies and have said it will take much time and work to overcome. France has also said it underscores the need for Europe to develop its own security and defense plans.

Ahead of Tuesday’s meetings, Le Drian’s office reiterated that the “crisis” involves more than just France and was a snub to the broader European Union of which Britain is no longer a member. The foreign ministry said it involves “the interests of all Europeans regarding the functioning of our alliances and the engagement of Europeans in the Indo-Pacific.”

Blinken is in the French capital for a two-day international economic conference that has been overshadowed by the AUKUS controversy that erupted on Sept. 15 announcement with the announcement of the project.

Ahead of his visit, his second to France, as secretary of state but first since the rupture, Blinken met Friday with French Ambassador Philippe Etienne on his return to Washington after having been recalled to Paris by Macron.

Blinken, a fluent French speaker who grew up and went to high school in Paris, has expressed disappointment that the France has reacted so harshly to AUKUS. He and others have suggested some degree of French anger is related to domestic French politics and the shifting dynamics within the EU, which will soon see Angela Merkel depart as the leader of Germany after 16 years in power.

Blinken’s visit follows a Sept. 22 phone call between President Joe Biden and Macron, who have agreed to try to calm matters and are due to meet in Europe later this month.

The ostensible reason for Blinken’s trip to France, which had been planned well before the AUKUS ruckus, is to co-chair a ministerial meeting of the Paris-based Organization for Economic Cooperation and Development on Tuesday and Wednesday about climate change and security.

Former Secretary of State and current U.S. climate envoy John Kerry will also attend the Paris talks, which will take place just weeks before the next U.N.-backed international conference on climate, in Glasgow, Scotland.