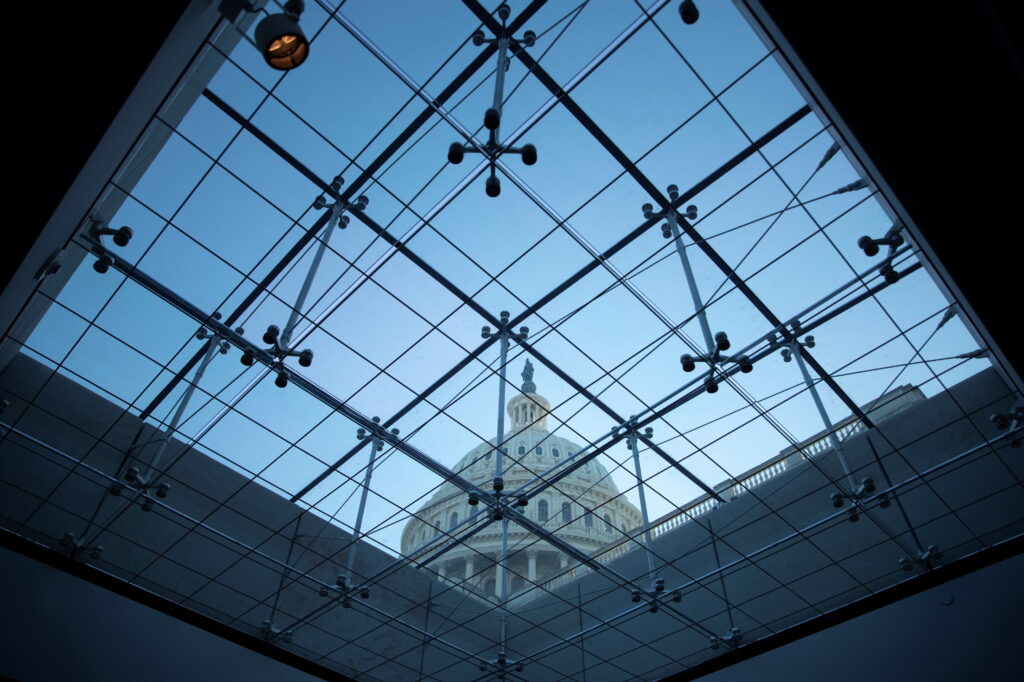 Democratic support for President Joe Biden’s policy agenda showed fresh signs of fragmenting on Thursday, even as the Senate took a step towards averting a partial shutdown of the federal government that would be a black eye for the party.

In a bipartisan vote of 65-35, the Senate agreed to continue to fund federal agencies through Dec. 3. The House of Representatives was expected to pass the measure later on Thursday, sending it to Biden to sign before funding runs out at midnight.

While those votes looked poised to sail through, the fate of a $1 trillion bill to revitalize the nation’s roads, bridges and other infrastructure was far less certain.

When reporters asked No. 2 House Democrat Steny Hoyer if he was confident that bill would pass in a Thursday vote, he had a one word reply: “Nope.”

Failure on that would be a stinging setback for Biden. The infrastructure legislation has already passed the Senate with Republican and Democratic support. But it could fall victim to an impasse between Democratic moderates and progressives over a multitrillion-dollar bill that would bolster social services and tackle climate change.

Lawmakers on the party’s left flank have said they will not vote for the infrastructure bill unless they feel certain their priorities will be reflected in the social-spending bill.

Senator Joe Manchin, a key Democratic moderate with the power to block legislation in the Senate, said on Thursday that bill should cost no more than $1.5 trillion – far lower than the $3.5 trillion price tag floated by Biden.

House Speaker Nancy Pelosi, who had earlier promised moderates a vote on the smaller $1 trillion infrastructure bill this week, said at a news conference that the party was in a “good place.” But she declined to say whether the measure would pass on Thursday.

With razor-thin majorities in Congress, Democrats cannot afford to lose many votes if they want to pass their agenda. And they are unlikely to win much support from House Republicans eager to take back the majority in the 2022 midterm elections.

The stopgap spending bill approved in the Senate would also provide aid for communities hard hit by hurricanes, wildfires and other natural disasters. Money to help Afghan refugees is included as well.

Manchin’s proposed price tag of $1.5 trillion was sure to rile progressives, who initially proposed $6 trillion in new spending. A group of protesters chanted “Manchin is a traitor” while he spoke on Thursday.

On Thursday, he said the bill should also help natural-gas producers, who have a large presence in his home state of West Virginia. That was sure to anger environmentalists, who have urged a swift shift away from fossil fuels in the face of worsening climate change.

Manchin also said lawmakers should first sort out what taxes are needed to cover the cost of new spending. He said the differences could take weeks to resolve.

Another Democratic moderate, Senator Kyrsten Sinema, declined to say whether she agreed with Manchin’s proposal. She has met with Biden multiple times to discuss the bill.

Yet another battle with serious consequences was percolating in Congress.

Democrats and Republicans continued brawling over giving the Treasury Department additional borrowing authority beyond the current statutory limit of $28.4 trillion. A historic U.S. debt default could occur around Oct. 18, Treasury Secretary Janet Yellen has estimated, if Congress fails to act.

Republicans want no part of the debt limit increase, saying it is Democrats’ problem since they control Congress and the White House.

The House late on Wednesday approved a bill suspending the debt limit through December 2022. The Senate could vote on it “as early as next week,” Senate Majority Leader Chuck Schumer said, but Republicans are expected to block it again.

Yellen said on Thursday it would be a “catastrophe” if Congress does not raise the debt ceiling. The uncertainty is starting to filter into financial markets, though few believe the nation will ultimately default.

The looming debt crisis is rattling Americans on both sides of the political spectrum, according to an Ipsos national opinion poll conducted for Reuters on Tuesday and Wednesday.

It showed that 65% of adults, including eight in 10 Democrats and five in 10 Republicans, are “very” or “somewhat” concerned that Congress will fail to reach a debt deal in time.

The poll also found that 30% think congressional Republicans deserve the most blame if there is a government shutdown, while 21% would blame Democrats in Congress and 16% would blame Biden.