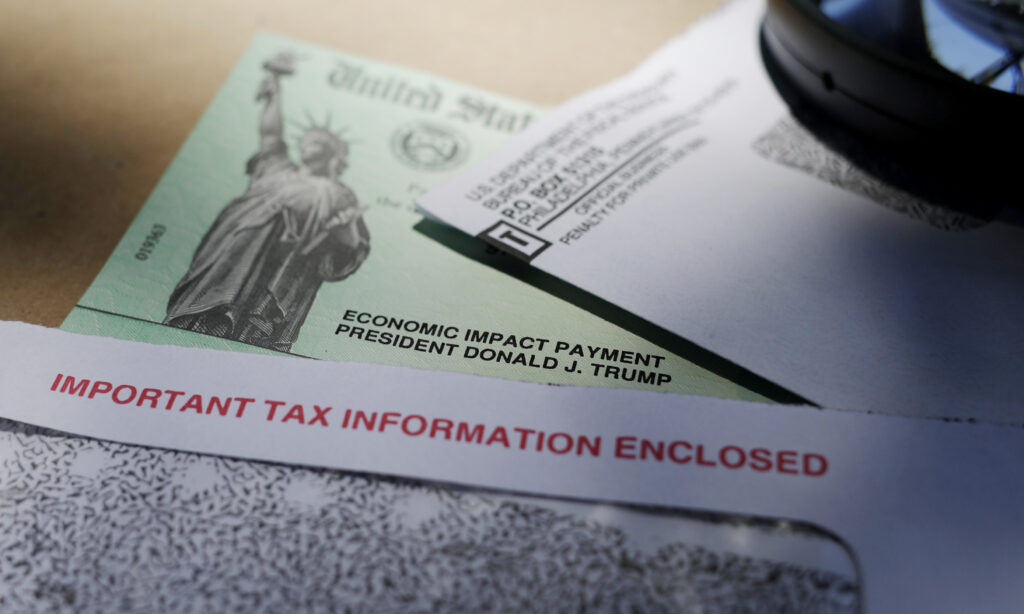 Massive government relief passed in response to the COVID-19 pandemic moved millions of Americans out of poverty last year, even as the official poverty rate increased slightly, the Census Bureau reported Tuesday.

The official poverty measure showed an increase of 1 percentage point in 2020, with 11.4% of Americans living in poverty, or more than 37 million people. It was the first increase in poverty after five consecutive annual declines.

But the Census Bureau’s supplemental measure of poverty, which takes into account government benefit programs and stimulus payments, showed that the share of people in poverty dropped significantly after the aid was factored in.

The supplemental poverty measure was 2.6 percentage points lower than its pre-pandemic level in 2019. Stimulus payments moved 11.7 million people out of poverty, while expanded unemployment benefits kept 5.5 million from falling into poverty. Social Security continued to be the nation’s most effective anti-poverty program.

“This really highlights the importance of our social safety net,” said Liana Fox, chief of the Census’ poverty statistics bureau.

The Census reports released Tuesday cover income, poverty and health insurance, and amount to an annual check-up on the economic status of average Americans. They are based on extensive surveys and analysis.

During last year’s epic economic collapse, employers shed 22.4 million jobs in March and April, the sharpest decline since records began in the 1940s. Weekly applications for unemployment benefits topped 6 million in a single week in April, by far the highest on record. Since then, the economy has recovered three-quarters of those lost jobs, but the U.S. still has 5.3 million fewer positions than before the pandemic.

A basic indicator of the economic health of the middle class registered the shock.

The median — or midpoint — household income decreased by 2.9% to $67,521 in 2020. The median is a dividing line, with half of American households having lower incomes and the other half, higher. It was the first statistically significant drop in that measure in nearly a decade.

Driving the erosion, the Census Bureau found that the number of people with earnings from work fell by about 3 million as the number of full-time year-round workers contracted by some 13.7 million.

People who held on to steady year-round jobs saw an increase in economic well-being, with their median earnings rising 6.9% after adjusting for inflation. People on the lower rungs of the job market, those with part-time jobs or trying to stay afloat in the gig economy, lost ground as median earnings decreased 1.2% for workers overall.

Despite widespread concerns that the pandemic would make millions more Americans uninsured, health coverage held its own in 2020, Census found. More than 91% of Americans had insurance, but 28 million were uninsured.

On a historical note, the Census reports documented that government aid was much more effective in preventing poverty last year than in the aftermath of the 2008-2009 Great Recession, a decade earlier. Even after accounting for government programs, the supplemental measure of poverty rose in 2010, while it fell sharply in 2020. That reflects how much more financial juice was provided by Congress and the Trump administration in 2020, compared with President Barack Obama’s roughly $900 billion package in 2009.