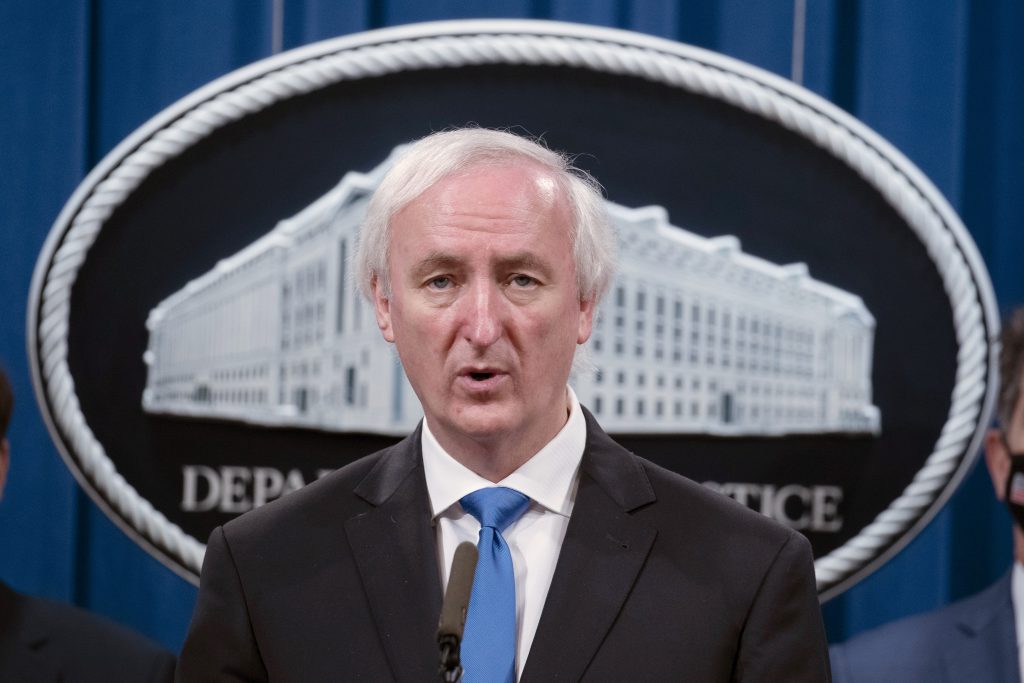 President Donald Trump pressed senior Justice Department officials in late 2020 to declare the election corrupt, even as those officials pushed back, warning the president that many of the claims he was hearing about voter fraud were false, according to notes taken of the discussions.

Notes of the conversations released to Congress were made public on Friday — further evidence of the pressure Trump brought to bear as he sought to overturn Joe Biden’s election victory.

In one conversation in late December, according to the written account, acting Attorney General Jeffrey Rosen told Trump the Justice Department “can’t + won’t snap its fingers + change the outcome of the election.”

The president replied that he understood that, but wanted the agency to “just say the election was corrupt + leave the rest to me and the R. Congressmen,” according to notes of the conversation taken by another senior Justice Department official, Richard Donoghue.

The Washington Post reported Wednesday that the written notes contained previously undisclosed details of the president’s personal pressure campaign to enlist the Justice Department in his battle to undo the 2020 election results.

Rep. Carolyn B. Maloney (D-N.Y.), chairwoman of the House Oversight and Reform Committee, said the notes “show that President Trump directly instructed our nation’s top law enforcement agency to take steps to overturn a free and fair election in the final days of his presidency.”

Donoghue’s notes were released after Trump and his lawyers did not seek to block them, even as some around him feared the disclosures would be damaging. There were days of discussions among Trump advisers, but the former president did not believe the notes showed anything problematic.

“If it gets more attention on the election, he welcomes it,” one adviser said.

At least some of the former Justice Department officials with knowledge of the phone conversations had privately hoped Trump would seek to block the sharing of the notes, to prevent those former officials from having to testify, according to people familiar with their thinking who spoke on condition of anonymity to describe internal discussions.

A Trump spokeswoman did not immediately respond to a request for comment.