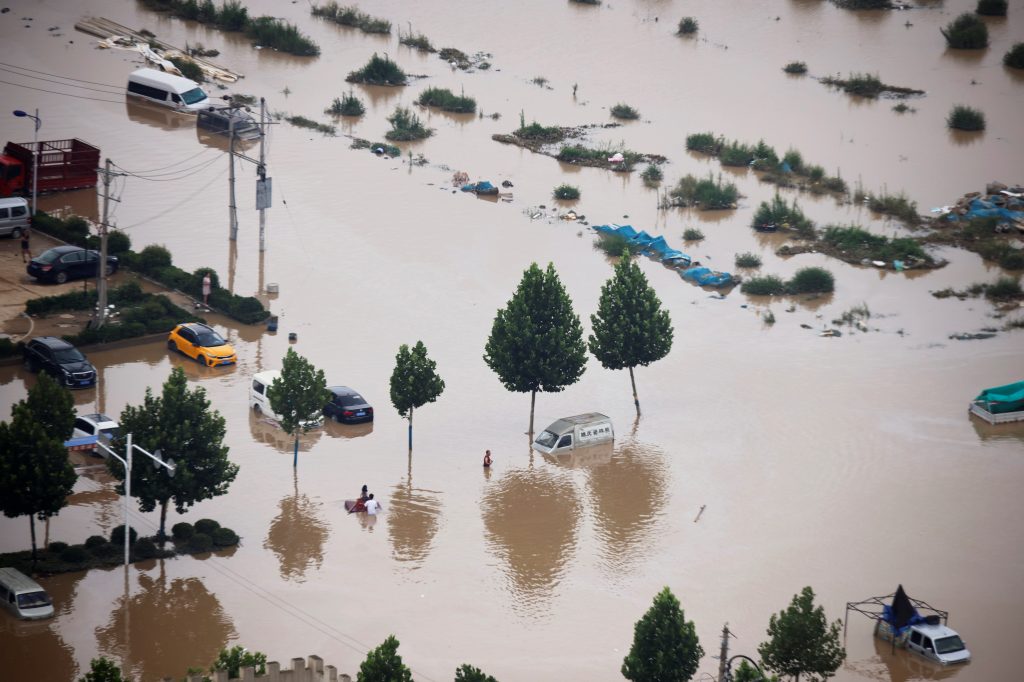 Tens of thousands of people were being evacuated from flood-hit regions of central China on Thursday as officials raised the death toll from heavy rains that have deluged Henan province for almost a week to 33 people.

The provincial weather bureau on Thursday raised the storm alert for four cities in the north of Henan – Xinxiang, Anyang, Hebi and Jiaozuo – to red, the highest tier of a four-step color-coded weather warning system.

The fatalities included 12 people who were killed when the subway in the provincial capital of Zhengzhou, about 650 kilometers (400 miles) southwest of Beijing, was flooded earlier this week.

In Zhengzhou, where the bad weather reached a peak on Tuesday, the skies had cleared although floodwaters were still at waist height or higher, with entire streets underwater in many areas.

Rescue teams used rubber rafts to ferry residents to safety, while others waded through the waters carrying belongings above their heads, or waited on partially submerged cars to be picked up.

One family transported their young children in a blow-up swimming pool, while another group of people was carried through the floodwaters on a digger truck.

One group of 15 volunteers from a construction firm based in Sichuan province were transporting by boat residents who had been trapped in a high-rise condominium.

“We bring out the elderly, pregnant women and children first,” said one of the volunteers surnamed Ma.

In 2008, Sichuan was rocked by a magnitude 7.9 earthquake that killed tens of thousands, China‘s deadliest temblor in decades.

This week, Zhengzhou became the epicenter of extreme weather in central China, registering 617.1 mm (24.3 inches) of rain from Saturday to Tuesday, almost the equivalent of the city’s annual average of 640.8 mm (25.2 inches).

One rescue worker who declined to be named said his team rescued about a thousand people from a neighborhood on Wednesday, and expect to rescue another thousand more on Thursday.

“Some of them don’t want to come out if they have food,” the rescuer said. “Because when they do come out, there’s no place for them to go. But those without food would come out willingly.”

As the storm moved north on Thursday, more than 73,000 people were being evacuated from the city of Anyang, on Henan’s border with Hebei province. The city had been swamped by more than 600 mm of rainfall since Monday, the official Xinhua news agency reported.

Two people were killed in Hebei province when a tornado struck the city of Baoding on Wednesday.

Xinxiang, a small city north of Zhengzhou, recorded 812 mm of rainfall between Tuesday and Thursday, shattering local meteorological records, Xinhua reported. Seven medium-sized reservoirs in the city had overflowed, affecting scores of nearby villages and towns.

As of late Wednesday, more than 470,000 people and over 55,000 hectares of crops have been affected by the Xinxiang downpours, Xinhua said, adding the local government had deployed a more than 76,000-strong search and rescue team.